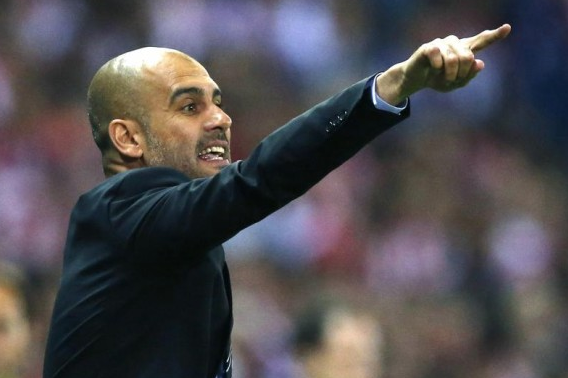 Just as a prince inherits a kingdom, the Bayern Munich team Pep Guardiola inherited from Jupp Heynckes was a football empire. Two Champions League finals in succession, the Bundesliga title wrapped up in record time, this was a team that was destined to rival the Barcelona team under Guardiola, the team recognised as the best to have ever graced a pitch. Although destined, they may have just fallen short of proving it.

When the season kicked off, anyone who suggested Bayern were on course to be the first team to successfully defend the champions league crown would not be seen as crazy, probably not seen at all, just one in the crowd. Guardiola was believed to be the man who would lead the team through this endeavour, the man who is more of a philosopher in football than a manager.

Tiki-Taka, more than just a football style to Guardiola, is an art. The base of this play style was short, neat passing, possession greater than shots on goal. This concept was important to Barcelona’s dominance under Guardiola. Teams struggled to crack it, and this was believed to be the key that would unlock the chest that hid the European crown for Bayern.

The shortcomings of this philosophy was first exposed when Bayern struggled to open up a Manchester United side coming seventh in their domestic league. The majority of the match was Bayern passing the ball side to side, never exacting the killer pass to gut the English side’s defence. When the next leg at the Allianz Arena was played, it was thought Bayern would play more free, but it was more of the same. United scored the opener again, but Bayern cancelled Patrice Evra’s strike out instantly, and scored another two to win the match. Although an impressive scoreline, United’s lapse in concentration was more to blame than Bayern’s killer instinct.

Bayern legend Franz Beckenbauer openly criticized Guardiola’s tactics, challenging him to play more ‘entertaining’ football. In between the quarter finals and semi finals of the champions league, Bayern won a successive Bundesliga in record time. A joyous moment for the Bavarians, but the next results were not as joyous; three wins, three losses and two draws.

Meanwhile, their opponents in white entered the match-up on the back of an El Classico title fight TKO of Barcelona. In the fixture, Bayern held majority of the ball, executed many more passes, and struck more shots, but it was Madrid that had the top host of chances. The Galacticos could have easily won 3-0 due to misses from Cristiano Ronaldo and Angel Di Maria. Instead of admitting his tactics were wrong, Guardiola praised his side after the defeat, expressing how his game-plan was executed to perfection.

Then came the second leg. Phillip Lahm was reverted back to his usual right back position, but no defensive midfielder was started, with the holding midfielders being the less-than-mobile pairing of Toni Kroos and Bastian Schweinsteiger. As the ball was kicked off, it became inevitable that the Bavarians resided to their old and tired tactics of the first leg, and they paid the price.

Real Madrid took the lead in 16 minutes off a set-piece thanks to Sergio Ramos, then the same man doubled the advantage. The 2013 Ballon D’or winner then joined the exclusive party, adding a brace of his own. While the over-excessive passes are to blame for the lack of goals scored, the philosophy taught by Pep is the host allowing many other problems to dine aside.

While there was a goal drought in Bayern’s attacking third, goals were in bloom in their defensive third. With both fullbacks up the other end in the form of Alaba and Lahm performing overlapping runs, Dante and Boateng were left exposed. The high line executed by last season’s treble winners with both centre backs halfway up the field resulted in them failing to handle the Madrid onslaught.

With the central midfield pairing of Kroos and Schweinsteiger, there was no armor defending the Achilles heel of Bayern. In both legs the Bavarian’s needed a screener in front of the defence. They have a more than qualified player in that position in Javi Martinez, who was subsequently warming the bench. One of the stars of last season’s treble winning side, Martinez would sit in front of the back four, stopping any counter-attacking threats, and his presence may have prevented Madrid’s attacks.

Other war-heroes of last season’s European campaign have also struggled to adapt and make as much of an impact to the side, players such as the Bayern youth product Thomas Muller. last year, Muller was a space shuttle, entering space, making runs into areas no one else would see, and this opened up the hearts of defences. Now though, his free-running ability has been restricted as the ball is passed side-to-side, the killer ball not finding him as often as last season.

As much as Guardiola’s art of tiki-taka was hailed in Spain for giving Barcelona the strong foundation it has today, it clearly doesn’t suit this Bayern Munich team. It has resulted in them taking a step back compared to Jupp Heynckes side of last year.

This philosophy may work in the Bundesliga against lesser sides, but in Europe it has left them with no end-product, so now Guardiola has a huge task ahead of him to adapt his style to bring out the best in this record-breaking side.