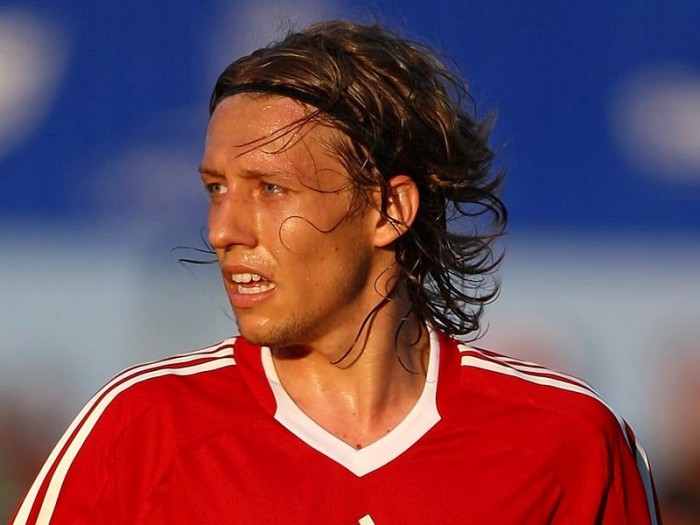 Today came the news that many Liverpool fans have been dreading for the past few days – Lucas Leiva has done his anterior cruciate ligament (ACL) and will miss the rest of the Premier League. I should be happy that Pool, who my team Manchester City will meet in January’s League Cup semi finals, have been weakened. Instead I was instantly disappointed for the player as I know exactly what he will have to go through over the next few months.

The good news is that Lucas’ recovery will be a lot quicker than mine due to his ability to do full time rehabilitation without having a 40 hour working week to contend with. He will also have the best medical professionals around him so I wouldn’t be surprised to see him back in some capacity by August for the start of the 2011/12 season.

As for my own recovery, I’ve been taking things a bit slower as my football season in Australia doesn’t start until April (preseason in February) so there’s no point in rushing back. Last Saturday was exactly a year since the operation and, while I’m not yet out kicking a ball around, my progress has been fantastic.

Right now the focus is on jumping and landing. The graft is now stong enough to take my body weight on one leg so the idea is to use a mini trampoline and work on balance and stability. While the majority of my focus is on the operated leg, all of my exercises from here on in are being done equally on both legs. Often players who don’t work their legs equally find that they injure their ‘good’ leg upon returning to action.

Running wise, I’m pretty much where I need to be apart from the very short and sharp exercises which will come gradually as I get back into regular training in the new year. Having now not played in almost 18 months, most of my cardio has disappeared so that will be high on my agenda for improvement. I have also kept up my Pilates which has been unbelievably beneficial and I cannot recommend it enough for anyone looking to improve their agility and balance for reasons sporting or otherwise.

The most exciting thing, as simple as it sounds, is the thought of kicking a ball against a wall for hours on end. I don’t currently own a football and mentally refuse to do so until given the all clear to go back playing. I’m looking forward to the day when I can go into my local sports shop, buy a new size 5, and take it to the local park. It’s something I took for granted for years but now has much more meaning than ever before.

While the hard work is nearly over for me, it hasn’t even started for Lucas, but while it is a massive loss for Liverpool given their current form, the Brazilian will no doubt be back as fit as ever in the next 12 months.

Read the rest of the ‘Battling Back’ articles here.