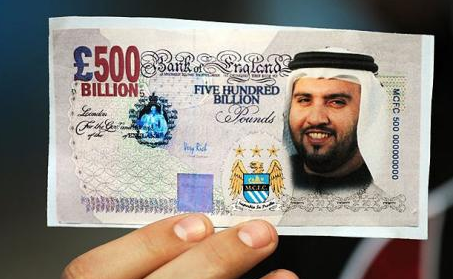 Since Chelsea’s Russian revolution in 2003, there has been a trend for Premier League “Sugar Daddies”, but not so much for the rest of Europe. More recently however, business men and royalty alike from the Middle East have been acquiring majority shares in some of Europe’s supposed “less attractive” clubs. Malaga, Paris Saint-Germain and Manchester City are arguably the three biggest Middle Eastern owned assets, and all three have made incredible improvements since the introduction of their respective owners.

Manchester City’s unbelievable last minute capture of the Premier League title, their first in 44 years, was the culmination of four years heavy investment from the Abu Dhabi United Group. Though for most managers, players and even owners, the most prestigious prize in football is the European Champions League; and with automatic qualification achieved via their League win, City could pit their wits against the best.

Amongst the 32 “elite” European clubs in this season’s Champions League were Malaga and Paris Saint-Germain. Malaga CF, making their debut in the competition, were bought in July 2010 by Sheikh Abdullah Al-Thani – a businessman from the Qatari Royal Family. Again, heavy investment ensued, with the likes of French international Jeremy Toulalan and Joaquin brought in from Lyon and Valencia respectively. Carlos Kameni, Julio Baptista and Martin Demichelis also joined amongst others, to bolster Malaga’s La Liga campaign, and push for Europe.

Paris Saint-Germain are arguably the most coveted of the Middle East backed teams following their 2011 takeover by the Qatar Investment Authority. Investment was spent heavily on the playing staff; most notably the €62 million double transfer of AC Milan’s Zlatan Ibrahimovic and Thiago Silva, just 12 months after paying Italian side Palermo €43 million for midfield maestro Javier Pastore. Ezequiel Lavezzi, Lucas Moura and David Beckham are three more examples of why the club are probably favoured for European success sooner than Malaga and Manchester City, especially after this season’s Champions League exploits.

With a squad containing the likes of Sergio Aguero, David Silva and Carlos Tevez along with Yaya Toure, Vincent Kompany and Joe Hart, Manchester City massively underachieved in albeit the toughest Champions League group. The only group to have four current European league champions; Ajax of the Netherlands, Borussia Dortmund of Germany and the European heavy weights Real Madrid, the current Spanish La Liga champions. Roberto Mancini’s side should have been challenging the latter for top spot, especially if you compare their financial backing to that of Dortmund and Ajax’s. But Dortmund’s unprecedented youth policy paid off, finishing top of the group with Madrid in second and Manchester City miserably at the foot of the table. Three draws is just not good enough for a team with the calibre of players City have; though the draw in Madrid was a credible display if not promising, the rest of the campaign was nothing other than dismal, just seven goals in six games is far from what is expected of the English Premier League champions. Domestically they are currently 12 points behind bitter rivals Manchester United in the race to retain their Premier League title, but with second place almost guaranteed, automatic qualification into next years Champions League will give them a chance to forget about this disappointing campaign.

Malaga, in a group containing giants AC Milan and Russian team Zenit St Petersburg with €40 million Hulk amongst their ranks, hugely overachieved. Most expected a drop into the Europa League, a third place finish in the group would have been by no means a disappointment in their maiden Champions League voyage; it was a step in the right direction. But they defied expectation, and led by the impressive 20 year old forward Isco, they topped their group without losing a game, and made their way to the quarter finals before losing to a dubious last minute goal in Dortmund. Domestically they are again fighting for the fourth spot but with their European ban for debts to other clubs coming in next season, there will be no chance to improve on an impressive campaign, even if they do finish in the Champions League qualifying places: which proves that even with heavy investment from the Middle East, overspending can have crippling effects on a club’s future.

Paris Saint-Germain can also consider themselves unlucky not to have a Champions League semi final spot, having stood toe to toe with four time winners Barcelona over 2 legs and not lost in either match. The much maligned “away goals rule” was the only difference between the two after both pulsating matches, in which a 2-2 draw at the Parc des Princes was ultimately PSG’s downfall. But pride and satisfaction is still the emotion around the club, having topped a tough group containing 2004 winners FC Porto of Portugal and the experienced Dinamo Kiev of the Ukraine and Belgians Anderlecht, losing only one game of the six before battling past Valencia in the Round of 16. Overall, the owners and manager Carlo Ancelotti will see it as a successful season in Europe, overachieving if anything, while domestically they are currently 10 points clear from nearest title rivals Marseille which should see Paris Saint-Germain get another crack at Europe’s top prize next season.

What the 2012/13 Champions League season has shown is that investment from Middle Eastern owners can only get a club so far, after that the club has to let the players gel and grow together. In Malaga’s case, the owners have stopped the investment to curb the spending which could prove to be a blessing in disguise in the coming years for the reasons mentioned, whereas Manchester City’s habit for chopping and changing players whilst not looking at the areas that need improving gives the opposite effect. This summer will be an interesting one for both Paris Saint-Germain and Manchester City, whether the clubs will stick with their impressive array of talent in the squads or look for more marquee signings. Maybe a few young squad prospects would be more beneficial but if the managers are replaced, expect another busy transfer window for both clubs.

The Champions League crown will once again be the main target for these two next season, and if they use the summer months well, they could be serious challengers; Manchester City most likely as underdogs, but Paris Saint-Germain, certainly as one of the favourites.

4 thoughts on “Battle of the Middle Eastern money men”