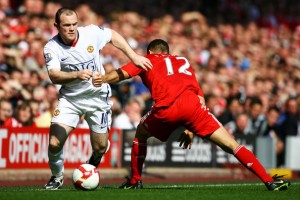 After nearly two weeks without action from England’s top-flight, the Barclays Premier League was back and the weekend’s matches did not disappoint.

Saturday’s first game of the day saw a behemoth of the modern game taking on a fallen-giant, yes you guessed it, Manchester United travelled to Anfield for the day’s early kick-off. After an action-packed opening quarter of an hour, no team seemed to be the better one. Both Liverpool and Manchester United enjoyed short yet beautiful spells of possession and despite a few efforts on-goal for both teams, the score remained at 0 – 0 going into the break. Manchester United opened the second half strongly, with Hernandez showing large spells of utter brilliance.

One such spell saw him charge up the left field before cutting past the Liverpool defence, pulling the ball back to Welbeck only to see him strike well over the bar. Liverpool eventually got back into the game, enjoying moments of possession and after a few promising chances, they took the lead over Champions Manchester United. The goal came from a well-hit Steven Gerrard free-kick that didn’t leave David De Gea helpless in the United goal and setting the 45,000 strong Anfield crowd into celebrations. Liverpool’s celebrations were short-lived however, when a corner for United whizzed down the left to Welbeck, and after a penalty area scramble, the man of the hour, Hernandez dashed in to strike home for United. The score remained 1 -1 for the final whistle and overall, a draw seemed a fair result for this cracking tie.

Norwich City welcomed fellow Premier League new boys Swansea City on Saturday afternoon, and they took the lead after a minute when Steve Morison set-up Anthony Pilkington’s goal-bound strike. Russell Martin doubled the home side’s lead ten minutes later after he received a terrific David Fox assist. Two minutes later saw the Welsh side pull themselves back in the game when former-Chelsea man Scott Sinclair ran brilliantly down the left before cutting up the Norwich defence and passing to Graham, who hit home to set the score as 2 – 1. Anthony Pilkington grabbed his second of the game with twenty minutes left to ultimately finalise the three points for Norwich.

Fulham travelled to Stoke to play what ended up as a murky, card-ridden win for the home side, who were looking to forget their 2 – 0 loss last time out to Swansea City. Jonathan Walters hit home after 80 minutes to break the deadlock for Stoke, and Rory Delap doubled the home side’s lead seven minutes later.

The day’s late game saw Chelsea take on Everton, the London based side were looking to keep on the back of Manchester United and City at the top of the table. Daniel Sturridge’s opener in the 30th minute saw northeners Everton trail, and their misery was extended just before the break thanks to a marvellous John Terry effort. Ramires hit home to take Chelsea 3 – 0 ahead early into the second half and apart from a 81st minute Vellios goal for Everton, Chelsea were cruising.

Saturday’s other results saw Queens Park Rangers draw 1 -1 at home to lowly Blackburn, who’s fans, despite earning a point, were still praying for Keane’s dismissal from the Blackburn managerial position. Bolton beat Wigan 3 – 1 on the road to end their dismally poor form, Manchester City also won by a large margin when they trashed Aston Villa 4 – 1 at the Etihad Stadium. Sunday saw a Black Country derby match between West Bromwich Albion and Wolverhampton Wanderers, the Albion emerged 2 – 0 victors after a contest which was for the majority, tightly contested.

Robin Van Persie brought Arsenal into the lead against Sunderland in the first minute, only to see Larsson’s marvellous strike equalise for the northerners twenty minutes later. Van Persie grabbed his second seven minutes from time to ultimately seal the result for Arsenal, who were lucky to get more than a point from the game.

The weekend’s final game of the weekend saw an outstanding contest between Newcastle and Tottenham, the Spurs went 1 – 0 up just before the half-time break thanks to a brilliant Rafael van der Vaart strike, Demba Ba equalised the other side of the break only to see Emmanuel Adebayor set-up up a Jermain Defoe goal in the 68th minute. Shola Ameobi equalised late on with four minutes to go thanks to a great Cabaye assist, sending the Tottenham faithful back to London disappointed.