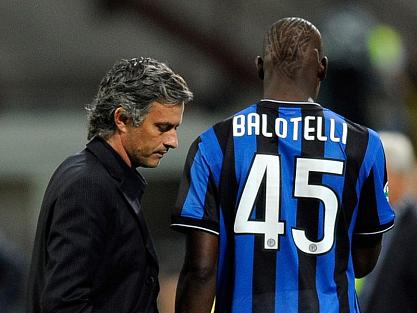 With Fernando Torres, Samuel Eto’o and Demba Ba having scored just six goals in 30 Premier League games this season, it seems unlikely this scoring rate will dramatically improve in the coming months.

Clearly, one of the trio– with an average age of 30 – should have hit a purple patch by now and this has resulted in constant rotation by José Mourinho in an effort to ‘discover’ a consistent option.

Thus, Chelsea will have to do what no other team in the Premier League era has done: win the title without a prolific goalscorer.

It seems a needless pressure on Chelsea’s midfielders – accentuated by the fact that Chelsea’s title rivals all have inform forwards.

Then, there is the small matter of loanee Romelu Lukaku hitting nine league goals in 16 games for Everton.

In contrast – addressing those teams who have scored more Premier League goals than Chelsea – Liverpool (64%), Manchester City (46%) and Arsenal (24%) have had better contributions from their strikers.

Of course, the argument can be made that Chelsea have a better goal spread but they lack a striker capable of killing off games, in the words of Mourinho.

Finding one during the summer proved difficult – with Chelsea well outbid by Monaco and PSG for Falcao and Edinson Cavani respectively, and Wayne Rooney deciding against another transfer request.

It left few other options but a one-year stopgap, like Eto’o.

Looking at the January transfer window, it seems unlikely Chelsea would be able to convince the cup-tied Robert Lewandowski or Diego Costa to jump ship just yet.

Yet, it seems one option – with domestic, continental and international pedigree – has presented itself: Mario Balotelli.

Despite impressing and settling in Milan – with little controversy, amid Balotelli undergoing the most impressive 12 months of his career with 28 goals in 46 games for club and country – rumours have gathered pace.

All of this coincides with Berlusconi’s recent expulsion from the Italian Senate and the potential of him, once again, assuming a hands-on role as Milan’s president.

Even though Balotelli, a childhood supporter of Milan, was once described as a “rotten apple” by Berlusconi, Milan have been quick to deny that the striker is to be sold.

And, in truth, why would he be?

Balotelli is, undoubtedly, Milan’s talisman and star player; the Rossoneri are no longer completely saddled by the debt that saw them sell Zlatan Ibrahimović and Thiago Silva to PSG in 2012; and, currently 17 points off the Champions League places, selling Balotelli would send the wrong message.

So, while, undoubtedly, Chelsea need a striker, Balotelli would be a huge gamble – even with his Premier League pedigree of 20 goals in 54 games.

The Balotelli circus would be back in England, accentuated by greater coverage in London, and given how Roman Abramovich had tired of John Terry and Ashley Cole’s off the field antics, it seems unlikely that Balotelli’s maturity could continue to blossom.

Then, there is the small matter of Mourinho.

Admittedly, in Balotelli’s first season under Mourinho at Internazionale in 2008-09, the then 18-year-old made double the number of appearances (31) that he had previously under Roberto Mancini (15).

However, the following season was far from joyous.

After all, the only moment to overshadow Inter’s 3-1 victory over Barcelona in the Champions League semi-final first-leg was that of Balotelli flinging his Inter shirt to the ground at the final whistle after a poor cameo performance.

The Italian came on for Diego Milito for the final 15 minutes, but stormed down the tunnel to a chorus of boos while his team-mates celebrated at the final whistle.

It was the perfect encapsulation of a mutually frustrating relationship for Balotelli and Mourinho.

Previously, Balotelli had been sent-off for a double-booking – despite Mourinho’s warning at half-time – for an injury-ridden Inter against Rubin Kazan in September, 2009; and the Portuguese made Balotelli cry after awarding him a 0/10 mark for his performance against Roma two months later.

Mourinho, tellingly, made no public comment about the incident against Barcelona and Balotelli made just three more appearances for Inter that season.

Given how, already, delicate Mourinho’s reconciliation with Abramovich has been, a gamble in January – let alone a high-risk like Balotelli – seems unlikely.