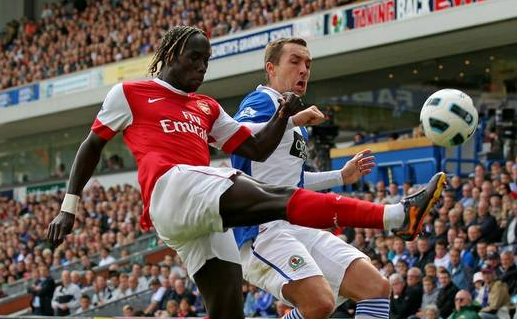 Last weekend we again nailed two out of our four bets. Our lay of Everton paid off as they were held to a 2-2 draw with Aston Villa and Man City won handsomely to nil against Wigan to give us a clean sweep for Saturday. Sunday’s match was poor with both West Brom and Norwich failing to take their chances meaning our over 2.5 bet was cruelly denied and the weekend tapered off to a somewhat disappointing end.

This Sunday sees two mouth-watering clashes as Liverpool travel to Tottenham and Chelsea face a trip to Old Trafford. Whilst these two matches will be great viewing, I tend to give this type a wide berth from a betting point of view. Instead I’m focusing on Saturday’s action, starting with the televised lunchtime kick off at Ewood Park (or Venky’s or whatever they’re calling it these days!) – Arsenal are the visitors and whilst they’ve had a rather tough start to the season and a mid-week foray to Germany to take on Dortmund in the Champions League, I will be backing them to beat Blackburn at 10/11 (widely available). Arsenal were joint top with Man City on away wins last season and whilst that form must be taken with a pinch of salt due to departures and widespread ‘turmoil’ at the club, they should have enough to overcome a Blackburn side who are already looking nailed on for a relegation scrap of monumental proportions.

Next up we’re venturing to the Reebok Stadium where Bolton take on Norwich City. Unperturbed by last week’s no show of goals in Norwich’s game with West Brom, I’m once again backing over 2.5 goals here. Norwich have, on occasion looked very promising going forward. If they can just learn to finish some of the chances they create they might have a fighting chance of staying up. Meanwhile, all four of Bolton’s matches this season have featured four or more goals and last season, 12 of their 19 home fixtures would have landed an over 2.5 goals wager. Couple these stats with their likely efforts to bounce back from last week’s 5-0 drubbing at the hands of Man United and all the ingredients are in place for a few goals here. Over 2.5 goals is best price 10/11 with William Hill.

My last bet of the weekend is in the match between Aston Villa and Newcastle. Both teams are yet to show a cutting edge this season with five of the eight games involving either club ending in a draw. Last season, both were what I like to call ‘persistent drawers’, finishing with the fourth and fifth most draws in the league respectively. What tips the balance in this one is Newcastle’s quite obvious attempt to play for a draw at QPR on Monday night. I expect they’ll follow similar tactics this weekend in a bid to protect their impressive start to the season. I’m backing the draw at top price 5/2 with Paddy Power.