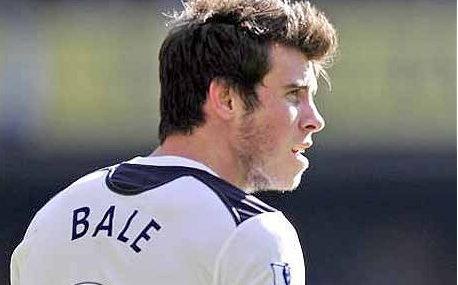 Another weekend of Premier League football means we have a chance to build on our impressive season’s profits as we head into the busy Christmas period… every football fans favourite time of the year!

For the first of this weekend’s bets I’m looking at Tottenham’s trip to The Hawthorns to take on West Brom. Spurs are playing as well as anyone this season and despite being handed victory on Monday night by an atrocious Aston Villa side, we should not take anything away from our ‘arry’s men. Unbeaten in their last nine and scoring two or more goals in each of their last five away matches, it is hard to look beyond a Tottenham win in this match, and at a shade under even money (20/21 at Boylesports and Victor Chandler) I will be what is commonly referred to as ‘piling in’ on Spurs this Saturday.

Saturday’s evening kick off see’s Arsenal entertain Fulham at the Emirates. The Gunners have hit a decent run of form and will be on a high after securing qualification to the Champions League knockout stages on Wednesday. Unless you have been living in a cave you won’t have failed to notice Robin Van Persie’s penchant for finding the onion bag in recent weeks. 12  goals in his last eight games and 38 in 41 this calendar year has led to comparisons with Ronaldo and Messi. Now, I do not accept such comparisons but I’ll save that rant for another day. The fact remains that RVP is what we call ‘banging them in’ so we’ll play the averages here and go for first goalscorer at 3/1 with Paddy Power.

The last bet of the weekend comes in Sunday’s clash between Swansea and Aston Villa at the Liberty Stadium. As I have already eluded too I was almost offended at how negative and poor Villa were at White Hart Lane on Monday night and it stands to reason that if they allow Swansea the same kind of space here the Welsh outfit have the ability to punish them. Villa are yet to win on the road this season, drawing four and losing two of their six away games. Meanwhile Swansea have been mightily impressive on home turf, the narrow 1-0 defeat to Man United their only real blemish, and even that can be viewed as an achievement on the record of a newly promoted team. The call in this one is to back the draw at a best price of 12/5 with Victor Chandler.

Don’t forget to follow me on twitter (@Trading_sports) to see my thoughts on the rest of the weekend’s football, including my specialist market of bookings odds (which I can’t put up until the day of the match hence why they are not included in this column!) and my value multiple selections.