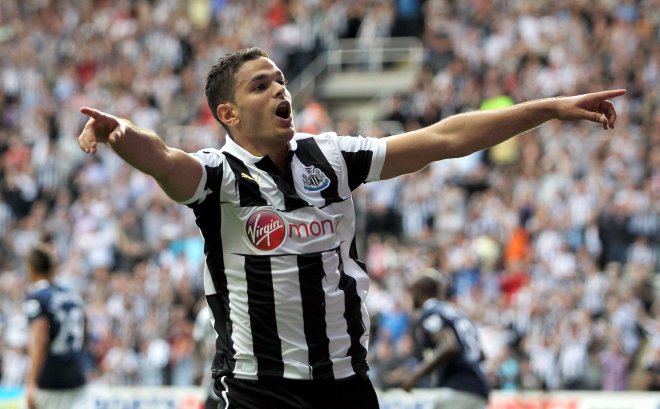 As a Newcastle United fan, transfer deadline day is usually a pretty turgid affair. If we’re not selling our best player for mountainous sums, we’re usually sat with our thumb up our arse as the rest of the Premier League strengthens around us.

I really didn’t think that the departure of Andy Carroll three years ago could be beaten in terms of deadline day depression. Turns out I was wrong. Late Monday night I sat and watched in utter frustration as Newcastle offloaded their best player to Hull City for the remainder of his contract.

Quite why Newcastle would choose to weaken their own side (especially in an area where we are already lacking), whilst simultaneously strengthening a rival team is beyond me.

If HBA had been sold off for mega profits in a Cabaye/Carroll style I could have perhaps understood – but to be frozen out, before being shoved out the back to door for nothing? To Hull?? Something stinks.

The move frustrates me so much because in over twenty years as a Newcastle United season ticket holder, I can say hand on heart, that Hatem Ben Arfa is the most naturally gifted footballer I have ever seen grace the open spaces of St James’ Park.

Like any great flair player, of course Hatem had his flaws. Was he lazy at times? Yes. Was he ball greedy? Yep. Was he frustrating? You bet he was – but my God the boy could do things with a football that I never even thought possible.

So how has it got to this? How has it reached a point at Newcastle United whereby a player of Ben Arfa’s ability is being shipped off to Hull for free just to get him out the door? Well ladies and gentleman, in order to answer that question, I suggest that we need look no further than the “manager”.

I use the term “manager” very loosely when it comes to Alan Pardew, because in the eyes of this writer, the man is nothing more than Mike Ashley’s skivvy and his spokesperson. For over three years now Alan Pardew has had no clue what to do with Ben Arfa. He’s had no idea where best to play him, had no clue about how best to utilise him, and has had no idea about how to motivate him.

Last Monday night we saw the fruits of Pardew’s frustration. He’s given up on Hatem due to his own shortcomings as a manager.

This is what is so galling to us Newcastle fans. Ben Arfa is a once in a generation player, but like many great players he’s volatile and needs managing.

All three players flourished because their manager knew how to handle them. Good managers can handle difficult players. Unfortunately Pardew is not even close to being mentioned in the same breath as the aforementioned trio.

Pardew and Ben Arfa’s relationship reportedly went past the point of no return following April’s humbling defeat at the hands of Manchester United. Following the game Pardew questioned the Frenchman’s lack of effort. It is of course a question he has the right to ask, after all Hatem’s no angel and is not without his share of blame in all this.

There have long been question marks over his attitude, his weight and his temperament; but this is the Premier League, dressing rooms up and down the country are filled with moody, millionaire egomaniacs and prima donnas. Pardew owed it to the Newcastle fans to get more out of Ben Arfa.

For the Newcastle fans, Ben Arfa represented something far more than just being another player. Newcastle have won absolutely nothing in my lifetime, and given the clubs current attitude towards cup competitions, we certainly don’t look like winning anything anytime soon. The very least that we can hope for is to be entertained – Ben Arfa represented that hope.

Players like Hatem Ben Arfa are what football is really all about. We love football for great goals, match winning moments and flashes of brilliance that we will talk about for years to come. That’s what Ben Arfa gave us. I now only wish he could have given us more.

So as Hatem heads off to Humberside, with a heavy heart I say thank you and farewell. Thank you for the goal against Bolton that I still have saved on my Sky planner, thank you for the thunderbolt against Villa that would still be travelling now had it not flown into the top corner, and thank you for the incredible jinking run against Blackburn that defied belief.

I thank Ben Arfa for these moments because as a football fan first and foremost, these truly are the moments that make us love football.

When player and manager fall out, there is usually only one winner – on this occasion I only wish it was the manger we were saying goodbye to and not the player.

Au revoir, Hatem, you will be missed.