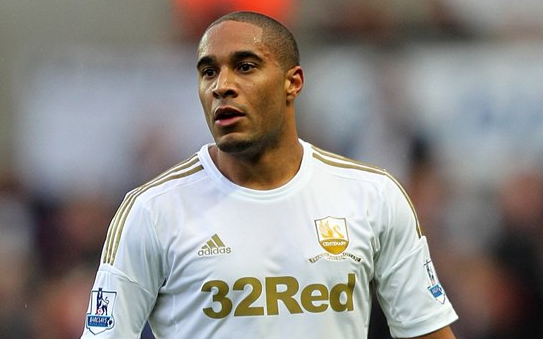 Arsenal find themselves out of every domestic cup competition, languishing behind bitter rivals Tottenham in the Premier League and unlikely to progress in Europe. This tournament capitulation is an all too familiar sight for fans of the Gunners as they look set to record their seventh year without a trophy. The team have performed well up front all season, as the attacking trio of Olivier Giroud, Lukas Podolski and the vastly improved Theo Walcott have contributed 45 goals between them.

The problem for Arsenal lies in defence. This was evidently clear during the most recent North London derby as a pacey Tottenham team took advantage of an unnecessarily high defensive line to record a 2-1 victory. Steve Bould has been drafted in as Arsene Wenger’s number two but his influence is far from evident as the team continue to concede preventable goals in important fixtures. The departure of Alex Song to Barcelona has had a clear effect on the back four as they lack protection from a midfield littered with playmakers. Mikel Arteta plays a deeper role due to his age and experience, but he lacks the aggression and tackling ability of a natural midfield enforcer.

The lack of protection from midfield does not disguise the fact Arsene Wenger has struggled in the transfer market when it comes to defensive signings.

Per Mertesacker: £8m from Werder Bremen

The Frenchman went against his stance on low transfer fees to secure the arrival of German International Per Mertesacker for a fee believed to be in the region of £8million. The defender is yet to display the ability that has earned him 86 caps for his country and often appears out of his depth against quick and agile opponents, such as Aaron Lennon and Gareth Bale, as demonstrated last Sunday. At 6 foot 6 inches, he is of similar height to Christopher Samba, who many consider a faster defender of more muscular build, with previous experience of the Premier League. The decision to ignore the Congolese defender’s availability in January is one that has puzzled fans, journalists and  ex-players as he was widely recommended as the perfect remedy to Arsenal’s defensive headache.

Vermaelen was the first of Wenger’s latest defensive editions. Arsenal looked to rebuild after losing Kolo Toure and William Gallas and the Belgiun was purchased after some time on the Premier League radar. He had shown huge potential at Ajax as an exciting young player who could play in the centre or at full back, often operating on left for Belgium alongside Manchester City captain Vincent Kompany. Vermaelen caught they eye during his first season in England, but it was often for his goal scoring exploits or eagerness to join in and attack. The jury are still out on his defensive abilities and there is a worry at Arsenal that Wenger’s decision to hand him the captaincy has made him undroppable. The arrival of compatriot Jan Vertonghen at neighbours Tottenham has done little to help the defender’s cause, as Andre Villas-Boas appears to have made one of the signings of the season.

Laurent Koscielny was bought by Wenger to add height to his squad and increase defensive options during the same transfer window Phillipe Senderos left for Fulham and Sol Campbell retired. Wenger returned to the French transfer market he studies so extensively to complete this deal, but several eyebrows were raised after Koscielny was sent off on his competitive debut for the club against Liverpool. However, a string of impressive Champions League performances endeared him to the Emirates crowd, especially against Barcelona where he was in inspired form and helped his team to an unlikely 2-1 first leg win. He has struggled to get a regular starting spot in the Arsenal back four this season which comes as a surprise considering he signed a new 5-year-contract at the beginning of the year. Arsenal look a much stronger side when he plays.

The signing of Brazilian left back Andre Santos is one Arsene Wenger will want to forget. The 29-year-old moved to London in 2011 and was supposed to add depth to the squad due to his versatility and ability to play on the left hand side of midfield. Having originally deputised well for the injured Kieran Gibbs, he sustained a 3 month injury that prompted a huge dip in form that concluded with a dire first half performance against Manchester United. Santos was substituted at half time for playing so poorly, and also offered to swap shirts with United striker Robin Van Persie who had recently left Arsenal on bad terms, after his decision to reject a new contract and join the Red Devils. This angered Arsenal fans to such a degree that his future at the club was called into question, and a subsequent loan move to his home town team Gremio materialised. Arsenal still pay his wages, and he is yet to make an appearance for the Porto Alegre club. The only thing he is likely to be remembered for is a speeding ticket for travelling at 127mph in his Maserati through the streets of London.

Spanish International Nacho Monreal was signed as a replacement for Andre Santos. With Kieran Gibbs still out injured, Monreal is expected to cement his position as first choice left back. At 27, he is far from one for the future and Arsene Wenger will be hoping he can get to grips with English football as soon as possible. His positional play looked suspect during Arsenal’s 2-1 defeat to Spurs and he will be hoping to perform better in upcoming fixtures. Arsenal’s success depends hugely on deciding a settled back four, giving them time to gel and develop an understanding. You cannot underestimate consistency, and Arsene Wenger needs to put faith in four players rather than his entire squad, or his side will continue to frustrate and disappoint.

This week’s transfer rumours say that the latest candidate to sure up Arsenal’s defence is Swansea captain Ashley Williams. It would be a different approach in transfer policy for the Gunners as Williams has only ever played for Hednesford, Stockport and Swansea. He is strong in the tackle, quick across the ground and is confident when starting moves from the back, a trait vital to the success of Swansea’s eye-catching and superb league campaign. Williams is also captain of Wales and could be the leader Arsenal have desperately lacked for several seasons. There is no doubt he should fetch a more modest price than some of the aforementioned signings and would fit seamlessly alongisde Laurent Koscielny or Thomas Vermaelen. He would surely improve Arsenal’s defence, it just depends on whether Wenger is prepared to gamble on a signing that could be considered unfashionable.

£43.2m has been spent on the aforementioned defenders. Arsenal are a club that like to pride themselves on good business strategy, but spending such an excessive amount on five players with no sign of a title-challenging back four is a poor return for Arsene Wenger’s investments. Gone are the days when he was able to attract quality players such as Lauren, Sylvinho and Gael Clichy for minuscule transfer sums and utilise them to the best of their abilities.