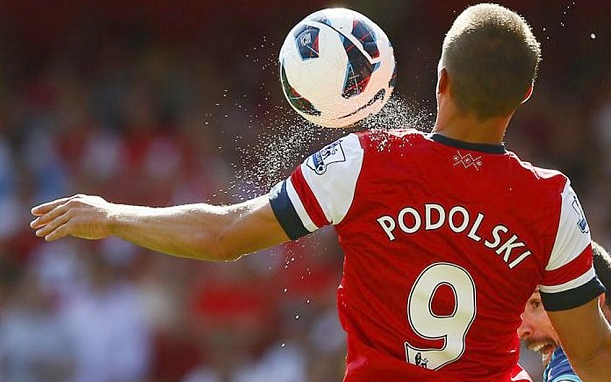 The early season has treated Arsenal well; two wins and two draws from their opening four Premier League matches, eight goals scored, with only a solitary Danny Fox strike having breached a backline that has for too long been looked upon with disdain. Suddenly the Gunners are back being spoken of as potential title challengers.

Nonetheless, whilst they have looked impressive in recent outings – showing defensive resolve when dealing with Stoke’s aerial threat at the Britannia Stadium, picking Liverpool apart with a display of clever, intricate passing and no shortage of defensive resilience, and having completely outclassed newly-promoted Southampton – Sunday afternoon offers the first major test to Arsene Wenger and his side this season, with a trip to Eastlands to take on champions Manchester City.

Plenty has been made in recent weeks of the north London clubs potential to finally get THAT monkey off their back – it is now more than seven years since their last trophy, the 2005 FA Cup – but there are still a number of issues that need to be ironed out, before they can be looked upon as title contenders.

The most notable issue – particularly amongst those in the Twittersphere – remains the replacing of Robin van Persie, the club captain who left the Emirates Stadium this summer to join Manchester United. Olivier Giroud, the France international, was signed as his direct replacement, but has yet to impress – indeed he has yet to score – and was dropped for the routing of Southampton, with Gervinho coming into the starting XI and Lukas Podolski moving into the central striking role. That duo ran amok against the rock-bottom Saints, and both scored again in the Champions League win at Giroud’s former side Montpellier in midweek, when Giroud again struggled to impose himself. As such, the Ivorian and German internationals are likely to start once more at the Etihad Arena, with Alex Oxlade-Chamberlain most likely to continue in the third forward role, playing from the right. But make no mistake, Giroud’s difficulties in adapting both to English football and Arsenal’s style, will be a worry to Arsene Wenger, one that is only masked as the side continue doing well.

However, whilst the Dutchman’s departure is the most newsworthy, there are numerous others which intrigue where the Gunners are concerned.

Kieran Gibbs and Carl Jenkinson remain worries defensively but perhaps not as much as they would have been, even a month ago. Both are young, attack-minded full-backs who offer their side plenty of width and an attacking outlet on either side when the Gunners dominate possession, but remain defensively suspect. Nonetheless, the key here, especially in the case of Gibbs – moreso than Jenkinson, who very much remains back-up to Bacary Sagna and will lose his place to the Frenchman when he regains full match fitness – is that the players defensive games are being worked upon. Gibbs positioning and body-positioning has changed considerably this term – he is now much closer to his nearest centre-back (usually Thomas Vermaelen), a stark contrast to last season when he was often too far wide and too high up the pitch – whilst the protection he has received from in front has been much more noticable in the opening month of the season than at any point in the past two/three years.

Much of the credit here will undoubtedly go to Steve Bould, whose ascension to the number two job has coincided with Arsenal conceding just once in their opening four league matches. But much of the praise should also be reserved for Wenger, who has overseen a summer change from the 4-3-3 formation that Arsenal have employed in recent seasons, into more of a 4-2-3-1 shape this term, something which was particularly noticeable both at Anfield and the Stade de la Mosson., with the wide men in the attacking third showing far more diligence with respect to their defensive duties, and helping their full-backs – Indeed, this new found solidarity played a key part in the sides opening goal during the win at Liverpool, with Podolski performing a vital role at either end of the pitch, winning the ball before applying the finishing touch.

The two remaining issues facing Wenger revolve around straight choices with regards to his players; Vito Mannone started the season in solid form, before being dropped for fit-again Polish number one Wojciech Szczesny ahead of Southampton’s visit. His mistake in that match – on the back of a number of mistakes towards the end of last season and a troublesome opening match at Euro 2012 when he was sent off-  was the direct reason which allowed the Gunners defence to be breached, and Mannone returned for the Champions League tie in France. The question now is should Wenger stick with the Italian?

Secondly, what to do with Laurent Koscielny, arguably the sides best defender over the last 12 months. How long does he remain as second-fiddle to the Mertesacker/Vermaelen partnership?

How Arsenal’s iconic manager answers these questions, could provide a crucial insight into the direction that the Gunners season takes. His promotion of Bould, change of formation and signing of proven international players like Podolski and the spanish playmaker Santi Cazorla, have answered many of the questions put toward him this summer, as critics questioned how Arsenal were going to compete this season – those critics becoming more vociferous following van Persie’s declaration of his intent to leave and subsequent departure.

There remain issues, no question, but at this moment, Arsene Wenger’s troops are addressing those qualms with considerable panache. They’ve been exceedingly easy to knock in recent years, their aesthetically pleasing style something of a band aid that couldn’t quite cover their soft-core when the going got tough. But their early season results and performances have shown something of a new resilience. But caution must be preaches and their visit to the reigning Premier League champions, is set to ask a whole different bunch of questions. How Arsenal answer them, or fail to, will paint a much clearer picture as to the sides hopes, and what we can expect from them, over the course of the next nine months.