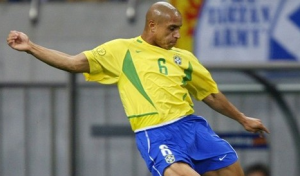 There are countless connotations that spring to mind at the mention of Brazilian football – a seemingly endless stream of memorable teams, players and occasions that have placed Brazil at the head of the footballing table for the best part of 60 years. But perhaps one thing that didn’t spring to mind at the mention of Brazil was the Russian region of Dagestan and more specifically the city of Makhachkala. You see there’s something of a samba revolution taking place in Makhachkala – as the city’s football club Anzhi have caused a stir in the transfer market over the winter months.

During the Russian pre season countless rumours and transfer gossip have been banded around throughout the press – with some of Europe’s biggest names linked with lucrative moves to those Russian clubs fortunate enough to be in the hands of private owners. Gianluigi Buffon, Alexis Sanchez and even Phil Jagielka have all been linked with big money moves to various Russian sides but essentially the rumours tend to be just that – foundationless speculation. So when Roberto Carlos was linked with a move from Corinthians to Anzhi Makhachkala the rumours were taken with a significant pinch of salt. Surely no amount of money could entice a 37 year old World Cup winner to leave the relative ease of Brazilian football for the inevitable culture shock that would await in southern Russia – however one final pay cheque proved too good an offer to refuse for a man well into the twilight of an illustrious career.

As the ink on Roberto Carlos’ contract began to dry and the pure disbelief spread across Europe Anzhi began to see the purchase as a means of enticing yet more Brazilian players to Makhachkala. There is of course a strong Brazilian representation within Russian football – as with much of Eastern Europe – with the likes of Vagner Love, Welliton and Alex proving themselves to be important figures in a league heavily influenced by foreign talent. However for Anzhi the purchase of Roberto Carlos has now opened the proverbial floodgates as Jucilei – who followed Carlos from Corinthians – and former Genk centre back João Carlos soon penned lucrative deals. The signing of Jucilei is a particularly significant move for Anzhi when you consider that it has barely been a year since the player won his first cap for the Brazilian national team and the club fended off competition from other rumoured interest from across Europe.

The influx of Brazilian talent to Makhachkala shows little sign of subsiding – as many European sides remain reluctant to release players outside the transfer window – with the South American market viewed as the ideal means of spending the cash that is seemingly burning a hole in several of Anzhi’s deep pockets. Atletico Mineiro’s prolific forward Diego Tardelli looks to be the next player locked within Anzhi’s crosshairs as a lucrative move appears to be increasingly likely. But how has this relatively unknown force crept out of the woodwork and pushed itself to the fore of the European transfer market? It is all thanks to one man – Suleyman Kerimov.

Kerimov – the 136th richest man in the world according to Forbes magazine – purchased Anzhi during January of this year in a deal that was welcomed by both the Russian Football Union and the Premier League who are intent on ushering in a new era of private ownership within Russian football. The Dagestan native’s $5.5b fortune – incidentally made from investment – has pushed Anzhi into becoming, along with Ruud Gullit’s Terek Grozny, a truly unknown quantity in the coming season. The new found cash reserves, while bringing in a wealth of renowned ‘stars’, will also bring a fresh level of pressure to Anzhi’s coach – the vastly experienced Gadzhi Gadzhiev – who will be tasked with implementing the new faces into the existing group and producing the results that accompany the expectations of vast sums of money spent in the transfer market.

As the start of the Russian Premier League draws ever closer – with Anzhi kicking off against fellow cash rich newcomers FK Krasnodar on March 11th – it will be interesting to witness the next steps Anzhi take in the transfer market as they bid to join Russia’s elite. The influx of South American talent to Makhachkala has inevitably made people stand up and take notice of a side who finished last season rooted in mid table mediocrity. Questions will continue to hover above Anzhi’s credibility as a force over the coming season and whether Gadzhi Gadzhiev will be given sufficient time to oversee proceedings is debatable. But what is for certain is that the coming Russian Premier League season is shaping up to be an incredibly interesting and exciting affair – and one that could well prove to be a changing of the times for Russian football.