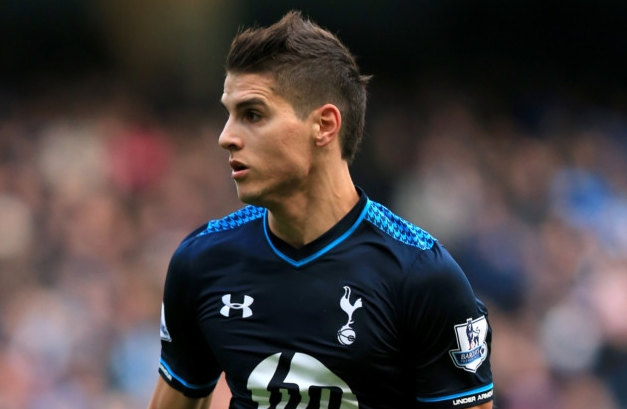 The appointment of Mauricio Pochettino as the new Tottenham Hotspur manager didn’t come as a surprise to many in the football world. The ambitious Argentinian has a sharp football mind with the kind of progressive approach to football that Spurs have been looking for, in earnest, for quite some time. The newly appointed manager guided Southampton to a record seventh in the Premier League last year with some of the most enjoyable football on display during last season’s campaign.

Spurs have a glut of talent ready to explode onto the scene, and the kind of forgettable rookie campaigns that forge a steadfast mentality within anyone that has lived through one. Erik Lamela has surely heard the jokes about his disappearance, Christian Eriksen only really got going near the end of the season, and Lewis Holtby’s mid-season loan move has only added fuel to the fire that makes him want to be a first team regular. The less said about Robert Soldado the better, but one as to believe that he will not has as miserable a time in his second year with the club.

For all intents and purposes, Tottenham Hotspur are everybody’s dark horses this season, something reflected in the English Premier League odds. There is a fresh feel to the squad, with some key purchases in line to stabilise their platform or success. They will be unrecognisable under Pochettino and will most certainly improve. The only problem is that the five teams that currently sit in front of them in people’s estimations will improve, also.

Manchester City are not just thinking of a Premier League title here and there, but are instead thinking of utter dominance for years to come. Arsenal have added in key areas with Arsene Wenger finally stretching the purse strings to previously unthinkable lengths, Manchester United have invested in their squad and will no doubt be in the melting pot when “squeaky-bum time” rolls around, Chelsea may not be the Rolls Royce model that we ordinarily think of them as, but have one of the best drivers in all of football and should be close when the finish line beckons, and Liverpool, having lost Luis Suarez, will make a point not to plateau or take a step backwards after such an unlikely season in 2013/14.

While hopes are sure to be lifted with the new atmosphere down at “The Lane” and every single fan in the world has the right to be excited, albeit sometimes unmerited, about their teams’ chances during the summer, Tottenham Hotspur will again be left battling for a Champions League spot come April with little or no chance of actually making progress.

The kind of marquee player that they sold in order to fund the depth in their squad, is what they are still lacking. The hope is that Erik Lamela can be that man but in reality, the progress that the top four or five are making on a yearly basis is almost impossible to keep up with. It will take a season of unthinkable consistency and punching above their weight in order to have a fighting chance of breaking into the top four.

Not to advocate the investment of tycoon businessmen but until Spurs can conjure up a star like they had in Bale, or develop on of the youngsters that currently call White Hart Lane their place of work, the distance between them and the upper echelons of the Premier League will be too vast.

While the thoughts of such a campaign don’t seem too appetising, they are moving in the right direction at least and in Pochettino, they have a shrewd head coach, who might ring the changes and even attract the odd marquee player with his style.

8 thoughts on “Another season of mediocrity for Spurs”