Football relies on networks. Clubs rely on local families and communities to support their local team, and spread the word through their loved ones, friends and colleagues. Leagues depend on clubs from different areas agreeing to the rules and concept of a competition. Players move from one club to another in order to supply their skills and attributes to further their new employer’s aims. Nations come together at regional competition and the World Cup in a way that they can test their country’s strength against a neighbour, in the much loved arena of football. None of these scenarios would be possible unless individuals were willing to work together towards a common goal and mutual benefit.

The film Next Goal Wins, which illustrates American Samoa’s attempt to achieve a first international win, shows perfectly why networks are so important in the global football game, and the incredible results they can achieve. American Samoa benefit from the expertise and experience of Dutch coach Thomas Rongen who get the squad into shape, establish a game plan and turn their negative past into a positive outlook on the game. All of this was possible due to the fact that the United States Soccer Federation were willing to share their resources with the tiny Pacific island, sending Rongen (a former MLS and US Under-20 national team manager) to American Samoa free of charge and allow them to share in their abundance of assets. 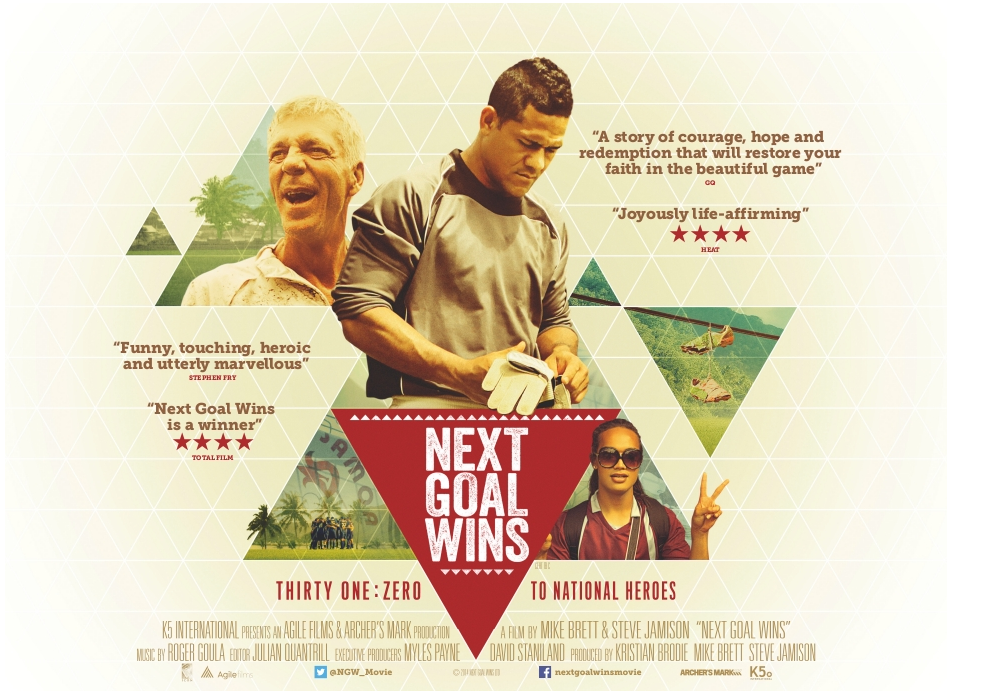 Without spoiling too much about the brilliant film, this symbiotic relationship has extremely positive results. The personal demons of some members of the squad are greatly improved and sophisticated tactics and training methods are shared, as well as a sense of professionalism. These are the kind of changes which would greatly benefit the countries who exist around and below American Samoa in the FIFA rankings, especially those in Europe such as San Marino and Andorra.

The European continent is one of the densest networks in the world, bringing together hundreds of millions of people who can interact and work together thanks to free movement and expansive transport links. It is this network which has benefited European football so much since its inception over the past century: managers and tactics have been easily shared, while footballers are able to ply their trade abroad very easily and take with them a new skill set, all culminating in the much loved Champions League. Although club football benefits greatly from this situation, the benefits have not been easily translated into the international game.

Many would argue that there is no incentive for larger and wealthier nations to help football development in nations who are their direct competitors in qualification for World Cups and European Championships, and this is completely counterproductive to their own objectives.  But considering the moaning and whining every time England are pitted against San Marino, Andorra, Liechtenstein or Moldova, and the arguments deeming those competitiors “pointless” reach a crescendo, wouldn’t it be an incentive for the larger countries to play smaller countries which can offer them what they would deem as a proper game? Wouldn’t a country like England rather play five opponents of a good quality rather than two or three decent squads and another two lacking in resources to put up a proper fight?

Dr. Andre Boder, an advisor to UEFA, is a huge advocate of shared knowledge in football and agrees that the larger nations need to support the smaller ones within the federation:

I agree completely with your view that knowledge should be shared and like you I am particularly interested to make it available for those most in need. What we have done over the past years at UEFA is not only to transfer knowledge from UEFA, but rather to engage in an interactive process whereby know how from everywhere is shared. The idea behind it is that there is no such thing as “best practices” but rather good practices which may be better or worse than others depending on the context of application. So for instance, our knowledge base includes hundreds of good practices stemming from the various football federations in Europe, but will now be extended to the world in a second step.

If programmes could be put in place to allow age-restricted national squads to travel to other countries and enjoy the facilities and coaching courses that would otherwise be unobtainable back home, or if coaches can be leant in the same way Thomas Rongen was, then there is no doubt there would be an improvement in the lowest UEFA coefficient teams if they wanted the aid. Considering the fraught relationships that exist between nations in Europe at the moment, some mutually beneficial operations could certainly do no harm.