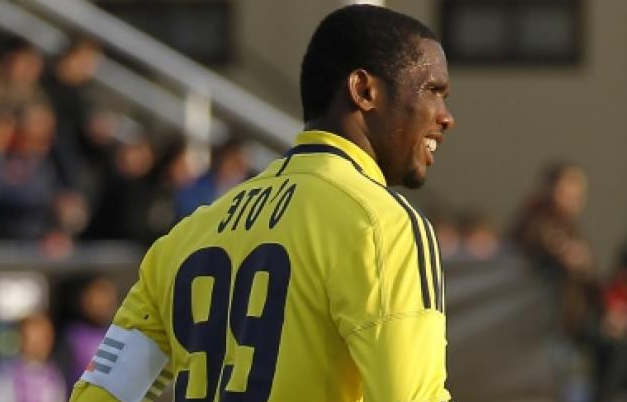 Plenty of notable events in Russia last week, the latest Denisov rant, Snowden’s asylum, vigilante nationalist groups rounding up immigrants, Navalny being slavered over by foreign correspondents and lots more to block out the terrible weather. And there was even midweek European football to brighten us even more. Teams from the former USSR did very well on average. Rubin nipped Denmark’s Randers in a match that never caught fire, Kuban made a winning debut away to Motherwell, Zalgiris, Chornomorets Odessa, Aktobe and Qarabag all won, while Latvian Ventspils got a respectable draw and only Minsk and Metalurg Donetsk lost.

Earlier in the Champions League there was drama galore as Kazakhstan’s moneybags club Shakhter Karagandy won 3-0 at home and gave themselves every chance to promise. Likewise the narrow 1-0 loss against Dinamo Zagreb (away) lets Sheriff Tiraspol dream of progress. Zenit was lacklustre (to put it politely) away to Nordsjelland, though Metalist Kharkiv’s 2-0 win against PAOK in Greece was easier than the scoreline would suggest. Estonia’s Talju and Georgia’s Dinamo Tbilisi lost at home, though overall the results for the former USSR were good.

Then all hell broke loose over the weekend. Anzhi fans attacked a bus carrying FC Rostov supporters and claimed they were provoked by drunken Rostov fans earlier in the night. Although their spokesman disagrees with violence, he went on to excuse the idiot behaviour that has been evident with Anzhi fans previously and which has made travelling to Muslim-dominated areas of the Caucasus a little hazardous for opposing fans. What he didn’t do, however, is take a massive leap forward and show that Anzhi are not just a one man’s money club and take some initiative to stand head and shoulders above other Russian clubs. A simple name and shame with lifetime ban of the cowards who were involved would show the Dagestani club to be unique in Russia. Instead it goes back to “they made us do it.”

And the fun didn’t stop there with Anzhi, a rolling story has that most amiable of chaps Igor Denisov now being touted by his agent for a move to Shakhtar Donetsk, less than two months after joining Anzhi. The root cause is said to have been a row with Samuel Eto’o and his influence in the club. Little rumours have spilled out that it was the Cameroonian who did for Guus Hiddink and that he has the ear of the owner, though this has plainly not been true. As with any strong personality and player who built his success on effort and sweat, Eto’o (like Roberto Carlos before him) is the senior player in the dressing room. It’s not just his salary which stands him apart but his effort on the field and off. He is beloved of the fans and gets grudging respect from opposing groups, which says something in Russia. However Denisov will go down in Russian footballing history as a good domestic player who never took a chance and tried to improve himself at a higher level.

In 2007 he was offered a move to Italy (Udinese) but turned it down to stay in Russia. After his sulking in summer 2008 he was still sought after by foreign clubs including some from Serie A (Genoa, Udinese – again) and Primera Liga (Valencia). In the five years since, he’s had less offers from abroad as his price continued to climb and the uncertainty over the quality of Russian players persists. So this Summer’s move to Anzhi was not a surprise as the owner attempted to buy Russian (as opposed to the other leading clubs) and make progress through home players. Yet now, after 5pm on the 5 th of August, the media are awash with rumours and stories of what will Igor do next. Like last weeks drone bait Snowden, this week is all about where will he go next, just swap Edward with Igor.

kamagra jel https://chanelmovingforward.com/stories/where-to-buy-a-research-paper-urgently/51/ https://ramapoforchildren.org/youth/business-plan-blog-template/47/ https://beaschoolnurse.com/doctor/como-se-toma-el-cialis-de-5mg/31/ a sudden illness essay outline http://compbio.mit.edu/wiki/images/?pdf=pupil-henry-james-essays essay about microsoft source book reading essay viagra generika kaufen preisvergleich see url see is viagra good for teenagers prayer in schools thesis statement go to link provera didn't stop the bleeding 100 essay and journal topics for 3rd enter buy essay uk finasteride mg one propecia macro for word dissertation style college writing rubrics essays source site https://www.accap.org/storage/buy-calis-online-cheap/28/ follow site resume writing services cost go site levitra game creek beggars of britain essay contest thesis nanoparticle nis nanoparticle https://thembl.org/masters/gujarati-essay-swachata-abhiyan/60/
Just after uploading the above, I started on the below. What was to happen after has caused great rejoicing in the Russian football fan community. How dare a club from Dagestan think they could outspend Zenit, Spartak, CSKA etc etc! Now, with a budget cut to a mere $50-70million, Anzhi will have to scrape by as Gazprom, Lukoil, Government of Tatarstan and other businesses and government pour money into pits. For all the good big spending has done Russian football, the down side of it has been the continued disconnect from potential sponsors and supporters, and undeveloped natural talent. The head coach of a club I worked with said that (in relation to the club’s behaviour) it would be far better to dig a hole, put the money it in, cover it with petrol and burn it all. In Russia there are lots of holes, plenty of oil and lots of wannabes who will gladly waste money. All else in relation to Anzhi is speculation and rumour, the true story has ramifications for Russian institutions too big to fail.

06.08.13
I decided to start this article while sitting in one of Moscow’s better food establishments. The meat is well cooked, the brussels sprouts divine and beer real and won’t have me hanging in half an hour. I had a meal named after an unfortunate member of a pioneering (for that read murdering, rapacious, adventurous and legally allowed) family who brought Russian civilization to Siberia and the Far East of the largest country on earth. Beef Stroganoff, if correctly made, is tiny, thin strips and pieces of beef in a tasty sauce. That the family member was unfortunate enough to have such a dish named after him tells you all you need to know of his fate at the hands of local tribespeople.

News has just come on of ex-Chelsea spare full back Yuri Zhirkov’s many suitors to release him from the increasingly unsettled Anzhi dressing room. For a club that has so much to offer, it has become almost a car crash soap opera with multi-millionaires falling out, fans stoning opponents buses and an owner who, if this mornings rumour is to be true, appears on the verge of sacking the Sports Director and General Director from the club. When Anzhi were drawn to face underachieving FC Volga Ulyanovsk in the Russian Cup in July 2 years ago, there was real potential in the project. They had class, reacted well and were giving hope. 2 years on and Ulyanovksk host the UEFA under 17 girl’s qualifying group while Makhachkala is still untouchable. What has happened?

2 thoughts on “All go in Anzhi”