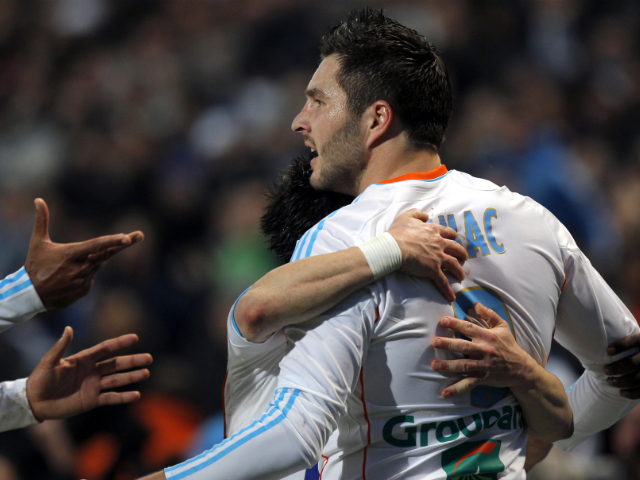 Week four will see this season’s first clash of the titans in Ligue 1.

But after the results of gameweek three, Marseille and AS Monaco are coming at it with different momentum.  The former maintained the only 100% Ligue 1 record last weekend, with a 1-0 victory away to Valenciennes.  In similar fashion, Gignac maintained his 100% scoring record this season, with a simple tap-in late in the game.  Payet was also a constant threat for the visitors, who are now two points clear of next week’s visitors.

Valenciennes did cause Marseille some problems, and it seemed like the game would end in a stalemate until Gignac’s late intervention.  Indeed, the hosts spurned a golden opportunity to take a share of the spoils as injury time approached, but Nguette blasted his shot wide from the edge of the six yard box.  Having lost 4-1 at the same venue last season, OM will be relishing the opportunity to go toe-to-toe with Ranieri’s men.

Monaco’s game last weekend was played behind closed doors, as punishment for violence last season.  Considering the typical socioeconomic standing of the typical Monaco resident, and the number of fans they attract at home games, the irony of this was not lost on many.

A resolute Toulouse defended deep all game and didn’t come with the slightest hint of ambition, but their defensive plan bore fruit as Monaco’s attacking threat was smothered.  The experienced Toulalan came closest to breaking the deadlock, but his 40 yard drive smashed off the cross bar and the game petered out to a draw.  They will need to be far more clinical if they are to leave the Stade Velodrome with more than a point on Sunday evening.

Monaco still hasn’t got into its stride this season and hasn’t been able to field all of its summer recruits, with Rodríguez a second half substitute and Moutinho not in the squad.  Despite its spending, Monaco doesn’t yet have the strength in depth of its competitors.  But as I write, the transfer window is still open.

PSG finally won a game of football.  They should also have kept their first clean sheet of the season, but Alex’s own goal 52nd minute allowed Nantes to equalise.  Either side of that goal, Ibrahimovic was the key difference – he set up the first goal for Cavani (two in two starts now) with a perfectly weighted ball and found a yard of space to break the Nantes defensive line before some neat play allowed Lavezzi to score.

PSG are starting to show glimpses of last season’s form, though defensive questions remain.  They entertain Guincamp on Saturday, who are fresh from their first victory of the season over Lorient.  Blanc will be desperate for a first clean sheet and second victory of the season after failing to beat Ajacco last time out in Paris.

After losing 2-0 to Real Sociedad, Garde’s Lyon followed up with a shocking 1-0 loss to Reims.  Having looked confident in their first two games, Lyon’s season (and ambition) is being undermined by poor finances, exiled players and continued speculation.  Both Gomis and Briand were omitted from the matchday squad and the tropical rain conditions at the Stade Municipal de Gerland made life even more difficult.

After a drab first half, the second half was delayed by half an hour as the officials and groundsmen cleared the pitch of surface water.  Lyon improved in the second half, with Gourcuff going close from several free kicks.  Their efforts looked like they had paid a dividend when they were awarded a penalty for a trip on Ferri, but another substitute Grenier fired his attempt straight into the crowd.  Lyon’s night worsened when Cape Verde international Fortes’ deflected shot left Lopes stranded in the 76th minute.  They didn’t manage to salvage a point, and after losing 1-0 away to Sociedad, Lyon’s week of misery was complete.

They were handed a reasonably tough draw in the Europa League – Real Betis, Guimaraes, and Rijeka (Croatia).  With financial pressures mounting, Lyon’s fall from grace is likely to continue, though a trip to Evian on Saturday may offer some respite.

Saint-Etienne had the other perfect record going into last weekend’s games, but lost away to Lille, who move above them in the table.  They host Bordeaux on Sunday, who were drawn in a difficult group in the Europa league (Apoel Nicosia, Eintracht Frankfurt and Maccabi Tel-Aviv).  Sochaux join Evian at the foot of the table, having lost 2-1 away to Montpellier.  Ajaccio’s scoreless draw at home to Nice gave them their second point of the season, which will boost confidence before their trip to Sochaux.

Incidentally, Gignac’s good form has finally been rewarded.  He has patched up historic differences with his old team manager and current national coach, Deschamp and he will be back in the national squad for the first time since the chaotic 2010 World Cup.  There are nine domestic based players in the squad, for games away to Georgia and Belarus.  France are sitting just a point behind Spain and will look to put six points on the board while hoping the the Iberians falter in Helsinki.  Abidal was also in the squad for his first competitive international since his liver transplant.