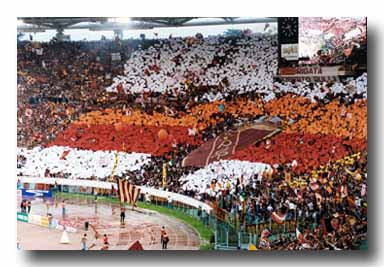 “Yes, I have finally arrived to this Capital of the World, I now see all the dreams of my youth coming to life… Only in Rome is it possible to understand Rome.”

Rome is different to any city in the world, of that there is no question. Whether the discussion is one of art, aesthetics, history or religion, the Italian capital has no equal. The passion of its natives is tangible every time you attempt something as mundane as crossing the road and comes to the fore every day in conversations over food, accents and fashion. Yet what truly stirs souls is their football team, when those emotions come to the fore even more and the city embraces and identifies with AS Roma, a club that embodies its people like no other on the peninsula.

This can be a blessing or a curse no matter if the club is thriving or even enduring a difficult period, it can turn against a mediocre side or lift it from despair while also being capable of emboldening or destroying a title challenge. Questioning the unique atmosphere surrounding what is perhaps European footballs largest one club town – Lazio is the club of the surrounding province – will usually be met with a look of disdain followed by a derogatory ‘you’re not Roman, you wouldn’t understand’. There may be no footballing cliche carrying greater truth.

After losing the first two games of last season Luciano Spalletti admitted defeat in his quest to understand, following which the club did something it has done all too rarely in its 84 year history – AS Roma made a logical decision the outside world could understand.

In announcing Claudio Ranieri as the new coach the Giallorossi had appointed not only a man who had a résumé filled with improving under-performing sides but they had also turned to one of their own, a native Roman and the widely held consensus was they would prove a perfect match. With the club sitting bottom of the table the former Chelsea and Valencia coach made a number of subtle changes and the players responded brilliantly, going an incredible 24 games unbeaten. That run culminated with a win over arch-rivals Lazio, a game that would prove to be the epitome that previously discussed cliche.

A goal down at half-time Ranieri chose to replace Francesco Totti and Daniele De Rossi – not only the sides most influential players but Romans too – and a 2-1 win that put the team a point clear of Inter with just four games remaining. Three days later and they would also seal a place in the Coppa Italia Final, the prospect of winning two trophies tangible for a club where, as Fabio Capello famously noted ‘a single Scudetto here is worth ten in Milan or Turin’. 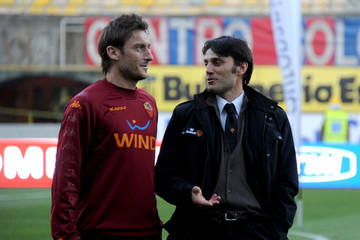 Yet in what can only be described as being in ‘typical Roma fashion’ they would lose their very next match at home to Sampdoria and Jose Mourinho’s men would regain their grip on Italian football. Despite being so obviously disappointed and with the owners in such a dire financial state that the club was now in control of their main creditor – the Unicredit Banking Organisation – the squad was improved over the summer and Inter were visibly weaker for the loss of their Portuguese coach. With Milan and Juventus undertaking huge overhauls of their respective squads, Roma would be considered serious title contenders as they replaced a disappointing Luca Toni with Marco Borriello, a major upgrade that gave the side both a genuine goalscorer and a focal point for their attack. They also, after a protracted negotiation, made the permanent acquisition of Inter’s Nicolás Burdisso who had spent last season on loan with the Giallorossi.

The season did not see that promise realised however and Roma’s disappointing form, partially but not entirely down to some bizarre decisions from Ranieri, would see the coach resign in the same dignified manner which marked Spalletti’s exit a year earlier. With a group of investors lead by Thomas Di Benedetto – a partner in New England Sports Ventures – yet to complete the arduous process of due diligence, President Rosella Sensi could not appoint a long-term coach as that would mean the American consortium inheriting a coach not of their choosing.

A successor who would accept what may turn out to be an extremely short-term position while coping with the endless politics and emotions of the club was needed, and was found in yet another former player. Vincenzo Montella, already employed by la Maggica as coach of their Giovanissimi Nazionali(under-15) side was not only willing but a favourite of the clubs Ultra having scored over a hundred goals in their colours. Having seen those same fans protest to the extent riot police were required at the Trigoria training complex his appointment was both a political and financial masterstroke.

His inexperience as a coach was called into question and rightly so, as was the relationship with the captain Totti but in benching his former teammate for his first game in charge – and securing a 1-0 win – l’Aeroplanino quickly established his credentials. A 2-2 draw with Parma followed before this past weekends 2-1 victory over Lecce while the European exit to Shakhtar Donetsk will have damaged that infamously fragile mentality.

Now Montella must gather his team because if Roma are to secure a place in next seasons Champions League then a win this coming weekend is vital, coming as it does against the team currently five points ahead of them and occupying that much coveted fourth place. Nothing is ever simple for Roma and who else would their opponents be but Lazio? In bocca al lupo…

One thought on “Al Volo: There’s No Place Like Rome”