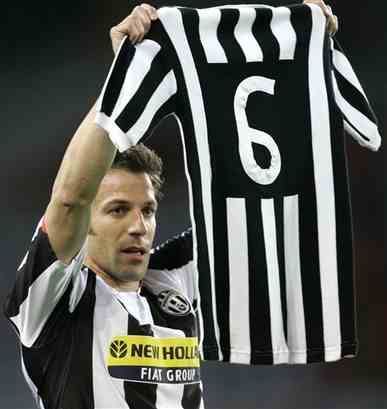 Gaetano Scirea is without doubt one of the greatest players of in the history of world football. He is one of the only five players in European football history — joining Antonio Cabrini, Sergio Brio, Stefano Tacconi and Danny Blind — to have won all national and international trophies for football clubs recognized by UEFA and FIFA.

He played for the Azzurri for more than a decade, during which he was almost irreplaceable, the leading defender, and became World Champion with the 1982 World Cup winning team. He was a graceful defender with superb tactical ability. In contrast to the ruthless tactics often employed by other defenders of his generation, Scirea was renowned for his class, fair play and sportsmanship. He was never sent off or suspended during his entire career, which is an amazing achievement for a defender of international level, and this says a lot about his temperament and skill level.

The absolute and undeniable class of Scirea is the yardstick by which all Italian defenders are judged. He was calm and Baresi-esque before Franco earned his first cap. But rather than follow Milan’s example of retiring their number six shirt in honour of their iconic defender, Juventus instead dedicated the end of the stadium where the Ultra gather in his honour, la curva Scirea.

Squad numbers were introduced in Italian football just seven years after ‘il Capitano’ retired, in time for the 1995-96 season, and since then Juventus have had some iconic players become synonymous with certain numbers while wearing the famous Bianconeri shirt.

Alessandro Del Piero, already in his third season at the club, took the No. 10 he still proudly wears today. Zinedine Zidane wore 21 with distinction, while Edgar Davids’s trademark dreadlocks and goggles make him perhaps the world’s most famous No. 26.

While certain obscure numbers like these have been worn with honour, fans of the club grow increasingly concerned with the No. 6 shirt, which seems to have been cursed somewhere along the line, its wearers growing ever worse as time passes.

It started off so well as the first owner of the shirt was Paolo Sousa, the Portuguese midfielder who had joined the club from Sporting the previous season. His arrival saw the Old Lady end one of the longest Scudetto droughts in the clubs history, winning its first title in eight years. In the first season with assigned numbers the club would also conquer Europe, lifting the Champions League title in Rome against Ajax.

But Sousa would move on immediately after that, ironically helping new side Borussia Dortmund to European Cup victory over Juventus the very next season. His inclusion in a discussion of a ‘cursed’ seems ill-founded, although some may argue his decision to join Inter later in his career makes the point more than valid.

His replacement in Scirea’s old shirt was fellow Portugal international Dimas Teixeira. The left-back joined from Benfica and was largely disappointing, moving on to Fenerbahçe after playing just one league game in his third season. There would be no number 6 until 1999 when Thierry Henry would land in the shadow of the Alps.

Far from the devastating striker he became at Arsenal, the Frenchman was an ineffective winger who moved on almost immediately. He featured just 16 times for Juve, although Juve managed to actually turn a profit on a player who cost £10.5m from Monaco. A year later Urugyan play-maker Fabián O’Neill arrived from Cagliari for an astonishing fee, equivalent to €20 million and became the latest to wear the number 6.

That figure proved to be a great piece of business – for the Sardinian club. O’Neill, despite the ‘vice-Zidane’ tag he was labelled with, was way out of his depth in Turin. It only takes a quick glance at his departure – dropped after two seasons in which he managed just 14 appearances. He left for Perugia who in turn released him for free and his career faded into obscurity.

Salvatore Fresi was next up, managing nine non-descript appearances before he too petered away and the number was assigned to Nicola Legrottaglie. He would never wear it however, as he failed to convince Fabio Capello of his worth and was instantly loaned out to Siena, where he rebuilt his career and returned to Juve.

In his final spell at the club the defender was hugely influential, forming an excellent partnership with Giorgio Chiellini and mentoring a raft of young defenders, all of whom have been quick to praise the Bari native. It should be no surprise to learn he did so while opting to wear 33 instead.

Rober Kovac came next, playing an uneventful season before switching to the vacanted number four for the season in Serie B when Cristiano Zanetti would try his luck in the troublesome shirt.

The former Fiorentina, Roma and Inter midfielder was a dependable professional but struggled with injury during his time at Juventus, making just 63 league appearances before returning to Fiorentina as part of the deal that saw Felipe Melo travel in the opposite direction. Zanetti arrived on a free transfer and holds the dubious honour of being Luciano Moggi’s final signing as the clubs Director General.

Should there still be any doubts as to the struggles of players attempting to follow in Scirea’s footsteps then the present incumbent of a once revered number should end that debate. When most people think of Fabio Grosso it is the summer of 2006, his remarkable goal against Germany and his subsquent celebration.

Sadly for fans of la Vecchia Signora those memories are tainted by his error-strewn performances over the last two season, a major reason for the clubs struggles as the full-back positions continue to cause concern before this current transfer window.

Most Juventus fans cannot wait to see him leave, but the question is, should his replacement avoid the No. 6 in order to save his career? After all, it’s just a number, right?