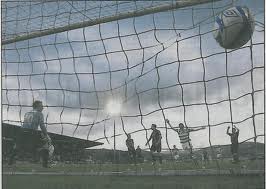 Unlike the majority of previous League of Ireland seasons, no club has ceased to exist during the course of the opening half of this season’s fixtures.

This is of course something of a coup for the oft neglected top flight of Irish football, though the FAI as ever deserve no credit.

On the pitch the league now has its two week mid season break and the Premier Division title race looks like being a three horse race between table-topping St. Patrick’s Athletic, Derry City and Sligo Rovers, with just four points separating the top three and table-topping Pat’s having played a game more than their nearest challengers.

Last season’s champions Sligo looked like running away with the title once again this season as they recorded seven wins from their opening seven league games as prolific new signing Anthony Elding netted eight times in those opening seven games. Ian Baraclough’s side have hit the skids somewhat since however, garnering a total of 14 points from their next 10 games as both Derry and Pat’s have overtaken them.

It was Pat’s who inflicted the first defeat of the season on the Bit O’Red and Liam Buckley’s side were on an unbeaten run of 13 games before finally losing by the odd goal in three at Oriel Park to fourth placed Dundalk on Friday night.

The chasing pack are now coming back to the Inchicore outfit with Derry earning 10 points from their last four games to move within three of Pat’s at the summit of the table while Sligo are one point further adrift.

Having made the majority of the marquee signings during the close season, Shamrock Rovers were most people’s favourite to regain the title which Sligo took from them last season.

With Ronan Finn enjoying the best season of his career in midfield and despite having signed such key Sligo title winning men as Jason McGuinness at the heart of the back four, Trevor Croly’s men stand 12 points adrift of the summit in fifth place and a European place or Cup win to add to their Setanta Sports Cup triumph looks like being the best The Hoops will do this season.

In this their second season back in the top flight, Cork City endured an incredible run of conceding game changing goals in the last minute of five games! These last gasp goals cost The Rebel Army a total of seven points and Tommy Dunne’s men now sit in sixth place some six points above the relegation places with mid table mediocrity the best the leesiders can realistically hope for.

The well-backed Limerick FC have coped well in their first season in the top flight and sit in seventh place on 19 points alongside Drogheda United.

At the moment, Bray Wanderers, Bohemians and UCD appear to be in a three way battle to avoid the relegation/promotion play-off at the end of the season. Currently, Bray on 17 points have a three point buffer above the two Dublin sides while Shelbourne look doomed to the drop as they have mustered a measly nine points from their 17 starts, a paltry tally which cost manager Alan Matthews his job three weeks ago. The vastly experienced John McDonnell has come in over the last few weeks to replace Matthews at Tolka Park.

In the First Division, Longford Town are odds on favourites to secure the title and automatic promotion as Tony Cousins’ men are six points clear at the top, while the promotion play-off place looks set to be a tight battle between Roddy Collins’ Athlone Town, Wexford Youths, Waterford United and Mervue United.

Judging from the number of League of Ireland players who have come through the ranks to win full international caps, the Airtricity League is a place where talented footballers can be trained to progress and develop.

One imagines that players of the ilk of Shamrock Rovers’ Ronan Finn would have been called up to the senior international Irish squad under a different management regime over recent months. One hopes that in the future (though certainly not while Giovanni Trapattoni is manager) that League of Ireland players will gain the (international) recognition they deserve.