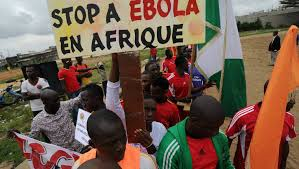 This weekend marks the commencement of the final qualification round for the 2015 African Cup of Nations (AFCON).

After two earlier knockout rounds – which involved only those Africa sides at the lower end of the ranking spectrum – Africa’s elite will now enter the fold, with the concluding round taking the form of seven groups of four. The top two from each group and the best third placed finishers will progress to January’s showpiece in Morocco.

The qualification adventure began back in May for the seven nations who have earned their group stage ticket via the negotiation of two knockout rounds successes – Lesotho, Congo, Mozambique, Botswana, Sierra Leone, Malawi and Uganda being the seven to have lasted the course.

Those early rounds generated no shortage of talking points, with arguably the most striking of those fables being the unprecedented progress of tiny Lesotho – whose successes over Liberia and Kenya undoubtedly scripted the most momentous chapter in Basotho history. To put the crocodile’s accomplishments into perspective, only once had they previously triumphed in a knockout qualification scenario – beating Botswana in 1994 – whilst their bid to reach to reach the 2013 AFCON was ended at the very first hurdle by lowly Sao Tome and Principe.

For all the magic created by Lesotho, the second round also left somewhat of a sour taste with Rwanda – who in navigating past Libya and Congo appeared to have scripted their own fairy tale – disqualified due to the discovery of Dady Birori carrying both a Rwandan and Congolese identity. The Wasps have protested their innocence; however those remonstrations appear likely to prove futile. To add further contention reports suggest Libya – whom Birori scored a pivotal treble against in the first round – also appealed the issue, yet their objections were dismissed.

Football is a nonsensical side story when discussing the impacts of Ebola, however from a purely egotistical perspective the virus has seen the AFCON qualification process plunged into a state of chaos. Dark clouds hover over several West African countries, with a scenario of nations being forced to withdraw from the entire process not beyond the realm of possibility.

CAF were swift to instruct both Guinea and Sierra Leone to seek alternative home venues for their upcoming fixtures; however that has developed into a less than straightforward task – only on Sunday did the Leone Stars finally come to identify a location with Congolese city Lubumbashi the culmination several week’s desperate scouring of the continent.

There is viability for group D – which contains Sierra Leone – to descend into complete logistical disarray with the Ivorian authorities placing a ban on international sporting activities within the county – that move seemingly leaving the Elephants with little option but to relocate their impending fixture with the Leone Stars. Also in group D, Cameroon have showcased apprehension ahead of their planned trip to DR Congo – although CAF have insisted that aside from the scenarios mentioned no further ties will be moved.

That stance means Congo will be forced to travel to Nigeria, a situation the Congolese hierarchy had previously spoken against. Last month Lesotho declined to travel to Nigeria for an under-20 international and as a result automatically forfeited the pair’s African Championship qualifier – given CAF’s current position should Congo refuse to travel then a similar fate could await the hesitant Red Devils.

To further muddy the waters, the tragic death of Albert Ebosse in Algeria – who was fatally injured by a flying object thrown by his own supporters – has led to Mali understandably showcasing unease at the prospect of visiting Algeria for the pair’s qualifier scheduled for September 10.

With only 13 of 28 sides competing in the group stages missing the qualification, the bulk of Africa’s heavy weights should negotiate their way to Morocco without alarm.

A group consisting of Guinea, Togo and Uganda should signify a minimal threat to Ghana, at the same time even accounting for the ongoing saga surrounding Stephen Keshi’s position as coach – latest reports indicate he will remain in temporary charge despite contract talks hitting the rock – Nigeria should encounter few demons in the trio of South Africa, Sudan and Congo.

In both of those groups the remaining nations will all harbour genuine aspirations of joining their more coveted rivals. In Group A South Africa – searching for a first outright qualification since 2008 – perhaps have the edge in the race to join Nigeria, whilst Uganda in E have a viable opportunity to end 36 years of AFCON exile considering Guinea will be heavily hindered by an absence of home advantage. The Cranes only missed the 2013 edition via an excruciating shootout loss to Zambia and with Togo stuttering of late, their prolonged absence could be nearing its end.

On the surface Christian Gourcuff’s first assignment represents somewhat of a banana skin, with Mali and Ethiopia both expectant of qualification – the former having reached the last four of the previous two AFCON’s and the latter progressing to the final ten of World Cup qualification. There are however question marks surrounding both, in Mali’s case there is a viewpoint they are a side on the decline – an assessment vindicated by the manner in which Algeria were able to swot them away in World Cup qualification – whilst for Ethiopia the concerns reside around whether they can maintain their current level of consistent overachievement.

Still reeling from a disastrous World Cup – which represented the tipping point of a torrid recent history – Cameroon have been paired with fellow World Cup finalists Ivory Coast – who are entering a new chapter under Herve Renard – alongside Sierra Leone and DR Congo in what is now a highly contention Group D accounting for the Ebola situation. Sierra Leone have particular footballing reason to feel exasperating by the extrapolating circumstances, given under Irishman John McKinstry the Leone Stars have risen to a FIFA high-ranking of 50 – without the benefit of home advantage it is difficult to envisage that upsurge culminating in AFCON qualification.

The up in the air nature of group D, means the indomitable lions bid for a first AFCON showing in three now appears less disputatious than it did several months previous.

The most daunting assortment is arguably group H, where qualifiers Botswana face the gruelling trio of Senegal, Egypt and Tunisia – with that threesome all progressing to the World Cup qualification playoffs. Egypt for all their prestigious history have not been present at the previous two tournaments and even accounting for the troubles back home – which have inevitably had an adverse effect on their football – expectations will be for that exile to be ended. Not since 1992 have Tunisia failed to grace Africa’s pinnacle event and with a talented young group at their disposal, aspirations will be for the Eagles of Carthage to make a splash in Morocco, whilst having missed out on both the last AFCON and 2014 World Cup to Ivory Coast, Senegal will be determined to re-establish continental position.

Lesotho’s reward for their miracle journey are dates with Burkina Faso, Angola and Gabon – not quite the most arduous assignment possible but nevertheless a mountain for a nation of Lesotho’s respective credentials. The Burkinabe will be favourites – having finished runners-up in 2013, nonetheless both Angola and Gabon will entertain realistic progression aspirations – the Angolans having reached the last five AFCONs. The achievement of Lesotho making it this far should not be played down and although their chances of qualification appear minimal, nobody will be relishing a date with the buoyant crocodiles.

The final group appears the most difficult to call, with 2012 winners Zambia being placed alongside Cape Verde – shock quarter-finalists in 2013 – Niger and qualifiers Mozambique. The Zambians are not the same proposition they were in 2012, which only further widens the qualification situation – arguably like no other this group can be viewed as there for the taking.