Speculation has been rife over the past week that Carlos Tevez is set to end his four year association with Manchester City with AC Milan and Juventus amongst the clubs mentioned as potential suitors.

Manchester City’s official website has hinted that the Argentine is on his way out after removing him from images advertising 2013/14 season cards.

Tevez featured on the original advertisement along with Yaya Toure and countryman Sergio Aguero but has been edited out of the current version on the website’s home page. 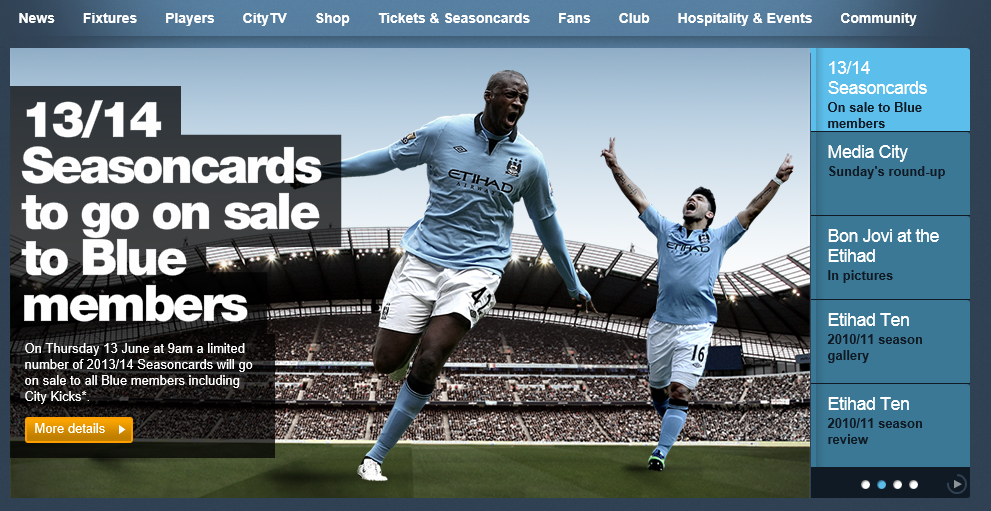 Below is the original image that includes Tevez: