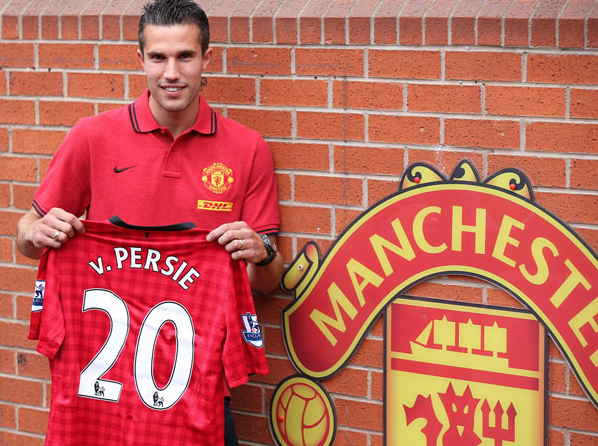 Manchester United’s attempts to sign players seemed to have had a distinct pattern this summer. Their pursuits of Eden Hazard and Lucas Moura seemed pointless- young wingers, when the club already has three, clearly out of their price range- and being humiliated when richer clubs outbid, questioning whether Sir Alex Ferguson really imagined spending £30 million on an unproven Brazilian in the first place. The offers for Robin van Persie were surely done with the awareness that Manchester City would at some point usurp them, but City for whatever reason have not come in and the signature of the Dutchman represents a real marquee signing for United.

It is an undoubted coup for Ferguson but is quite a confusing signing considering their current financial state and the strengths of the squad. At 29, and with a questionable injury record, the transfer is uncharacteristic of United’s recent purchases since Dimitar Berbatov. Arsenal could see this as good business and typical of Arsene Wenger’s judgements of when to let a player go, but what is the possible impact on United?

Talk has immediately centred around the dynamic four strikers of the Treble Winning Season, which is inaccurate. The four of Andy Cole, Dwight Yorke, Teddy Sherringham and Ole Gunnar Solskjaer could be rotated because none of them were world class, whilst it is hard to imagine Wayne Rooney or Van Persie being content with occasional spots on the bench. Cole and Yorke formed an electric partnership based on a superb understanding but they did not have as much individual skill as Rooney or Van Persie. Sherringham had been a disappointing replacement for Eric Cantona so did not have the gravitas he is now associated with, whilst Solskjaer famously was more suited to coming off the bench to score, a role that Javier Hernandez may now have to settle for. After a hugely promising season last year, it will be difficult for Danny Welbeck to advance as much as he has been doing with now limited chances to play. Rotation was common and fluid in 1999- (in the FA Cup semi-final, Cole and Yorke started but in the replay, Solskjaer and Sherringham did)- but it would be unlikely to work as simply and co-operatively in 2012, with two better players in the form of Rooney and Van Persie.

Others equate the purchase to that of Eric Cantona in 1992, with Martin Hardy of the Independent stating that ‘A brilliant manager buying a brilliant player will always make sense.’ The idea of Van Persie being a catalyst for a title-winning team and key player of the side is false as United already have that exact player, in the form of Rooney. More troublesome is the idea that the two are too similar with both enjoying to drop deep and link up play. Could the two actually work as a straight two up front?

Possibly Rooney could drop deep but that would take Shinji Kagawa’s supposed place in a rigid 4-4-2. With a winger either side, United would need a tackler and neither Tom Cleverley, Anderson, Michael Carrick nor Paul Scholes represents that. If United feasibly lined up with a six of Van Persie, Rooney, Kagawa, Nani, Antonio Valencia and Carrick, for example, this would look like a fantasy side full of goals but there would be a danger of getting in each other’s way, and of a lack of protection for the defence.

United desperately need a tackler; someone who can break up opposition moves and start United ones. This need could see Phil Jones placed in a deep lying midfield position and the youngster could benefit from a steady position instead of being messed about in different roles. Despite his promise though, it is a big ask for Jones to be this ball winner. It is arguable that £24 million would have been better spent on a defensive midfielder.

Another formation option could be a 4-3-3 where United could have more midfield protection with an extra man, for example a trio of Kagawa, Cleverley and Carrick. This would be to the detriment of one of the wingers who could lose their place, or to either Rooney or Van Persie who could be asked to play wide, which would be a waste of resources. United have attempted to juggle big names before. Dimitar Berbatov made his debut at Anfield alongside Rooney, Cristiano Ronaldo and Carlos Tevez and the inclusion of all four star names was never successful.

It is obvious that Van Persie, as the major coup, has to play and so too does the key player, Rooney. Someone will lose out. Presumably it will be Welbeck of Hernandez but there may also be limitations for Nani, Ashley Young, Cleverley or Kagawa as-well. Certain players may have to adjust themselves to more often substitute appearances or being played out of position- Valencia at full back as a good example.

Ferguson is palpably an admirer of Barcelona’s methods that are intrinsically founded upon the Dutch fantasy of Total Football. Ferguson could be preparing a dream team where United have a solid four at the back, one steady midfielder canvassing in the centre circle, e.g Carrick or Scholes, leaving four attackers (Rooney, Welbeck, Nani, Young, Valencia, Cleverley, Kagawa), to roam free, switching positions at ease and playing short pass-and-move, and then having Van Persie as the most advanced forward, lingering close or in the penalty box.

If placed in the correct formation that functions freely,  the signing of Van Persie could be symbolic of an exciting, direct, attacking Manchester United, but if Feguson struggles to properly accommodate the Dutchman into the team, the major signing could be an hindrance to other players, (Welbeck having less opportunities for example), their star player, Rooney, and overall the team.