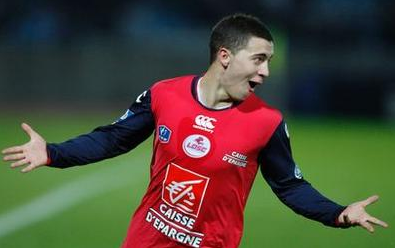 After winning the French league title for the first time since 1954, LOSC Lille Métropole were finally being mentioned amongst Europe’s elite and had a team well equipped to embark upon a potentially fruitful voyage in the holy grail of the Champions League.

Unfortunately for Lille they are playing in a domestic division that, despite being acknowledged as one of the major, most renowned leagues in the world, is languishing deep amongst the shadows of the Premier League and its Spanish equivalent, who, armed with extraordinary muscle borne from commercial deals tied up from across the globe, simply lure Ligue 1’s most coveted stars with the promise of football on the biggest stage and a greater, realistic chance of continental success.

Predictably, the heroics of Lille’s key players put the, shall we say, more established clubs on red alert, and consequently there has been something of a squad overhaul since the end of last season. “If it ain’t broke, don’t fix it,” is the sort of cliché that is made when analysing a title-winning side but for one reason or another, some teams don’t have the power to hold onto its top assets; they have little choice but to take the money and run when their star players’ heads are turned by lucrative contracts and all the other perks that come with a move to a club in England or Spain.

Ivorian forward Gervinho was the first to jump ship as Arsenal came calling; impressed with his season tally of 18 goals and 10 assists. It must be noted that the player has enjoyed a good start to the season, successfully linking up with man of the moment Robin van Persie to bring some respite to the Gunners fans after a sticky start. For many footballers, particularly of deprived backgrounds, moves to such clubs, steeped in successful history, are the stuff of dreams and Gervinho could not really turn down such a big career opportunity.

The subsequent departure of midfield maestro, Yohan Cabaye, is perhaps a bit more interesting. Whilst Newcastle United are undoubtedly a huge name in English football, outside the British Isles there is not the same intense respect and adoration as there is for Arsenal and the very French nucleus that has been at the club for 15 years. From the outside looking in, moving from a title-winning side to a team that was only promoted 12 months ago is somewhat unorthodox. Evidently, Cabaye is a Champions League quality player, perhaps even too good for a Newcastle team arguably punching above their weight at this stage, but he seems to be enjoying life in England; like Gervinho and so many others before him, he was sucked in to the reputation, and, let’s face it, unrivalled awesomeness of the Barclays Premier League. A move to a bigger club inevitably lies ahead, where he can have a better crack of the Champions League whip than he ever would have done with Lille.

The player everyone is talking about, though is of course Belgian midfielder, Eden Hazard. The 20-year-old was tipped to join Gervinho and Cabaye in leaving France for a move abroad, with the likes of Real Madrid and Manchester United courting him throughout the summer. A move failed to materialise but Hazard recently declared that this would be his final season with Lille, before indulging the riches of an elite club where his talent evidently belongs.

Current teammates Moussa Sow, who hit an impressive 25 goals in Ligue 1 last year, and Joe Cole, on loan from Liverpool of course, are doing their utmost to keep Lille at the top end of the table but many predict that the loss of key players will culminate in a serious struggle to retain the title, particularly with free-spending PSG already opening up a gap at the summit. Worryingly for the Champions, with Hazard wanting out and Cole surely using this move as a chance to play regularly, a mere stepping stone to prove his worth to Liverpool or another top English side willing to take him, Lille could be in freefall this time next year, with the spine of their title-winning side completely absent and the other heavyweights queuing up to swoop for whoever next emerges on their production line.

The supreme power of the big guns in Europe is beginning to dictate the rest of continental football. What chance is there for clubs who have tasted success to expand and reach the next level? None. As soon as a player in France, Belgium, Portugal or anywhere else has a good season, the hawks begin to circle and snare the top talents from the clubs that have worked so hard to develop them and build a winning team. I appreciate that this happens across the globe, with small teams having their best players snapped up by domestic giants all the time, but it is even more alarming when clubs that should be on the brink of a fruitful stay at the top simply fall back to square one as the European oligopoly hunt its prey.

Real Madrid have been an horrific example of the picture I have been attempting to paint for you. Time and again they bring in a plethora of talented individuals, usually luxury items rather than necessities. The players see the move as a no-brainer, the clubs can’t hold onto their prized assets so the deal goes through. But the raw power of the Spanish giants means that they can just chew players up and spit them out after barely using them; as has happened with the likes of Klaas-Jan Huntelaar, Antonio Cassano, Arjen Robben and Christophe Metzelder. The players’ careers go backwards because they are deemed flops and the clubs that sold them have to start from scratch having lost their star players.

I don’t want to discourage the top clubs from going after players such as these, they have every right to try and sign whomever they wish, I just feel a little sympathetic towards clubs such as the French Champions whose star players are so easily attracted by the bright lights of Old Trafford and the Nou Camp. It may be for money, or it may be to enhance their career prospects and the opportunity to win major honours, but clearly, the presence of player loyalty is deteriorating and for me, that’s something we should be worried about.