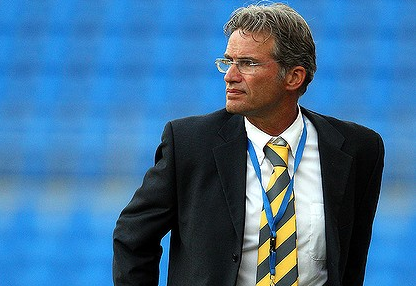 Northern Irish eyes are finally smiling, Valentine hearts are being broken, there are ins and outs, debutants are being made captain and the cream is rising to the top.  That’s the A-League for you!

Phew, where to start, where to start? Let’s start at the top with a team that was previously impregnable and is now getting the wobbles. The Central Coast Mariners lost their last two games. It’s not a crisis as some key players have been away on international duty and will be back over the next couple of weeks. Things should get back on track soon but it’ll be interesting to see how long the wobble lasts. Despite this, a player highlighted in the previous musing has been a standout. Tomas Rosic has made a strong impression in his first couple of games and looks to be a very creative player.

The Brisbane Roar is back to its best. Wins over the Mariners and the Phoenix has put the side back in contention of the premiership (and automatic Champions League qualification). In a previous musing it was mentioned that Besart Berisha needed to regain his scoring touch. Four in the past four games has put paid to that criticism and got Brisbane back in form. Berisha is a true predator scoring all of his goals in and around the six yard box. He’s also signed a two year contract extension so everything is coming up Besart. He just needs to watch his emotions post game…

Wellington Phoenix has learnt to win away. When Paul Ifill is fully fit the Phoenix do well. Thankfully, Ifill is currently fully fit.  Saturday night’s game against the Mariners will be absolutely crucial. A loss could really throw them back amongst the chasing pack, but a win should give them the momentum to ensure a top four finish. Watch out for Dani Sanchez in this game. The midfielder plays a supporting role but can be lethal in front of goal and has been very influential in their better performances.

Perth Glory is in fourth place and look good.  Ian Ferguson has got the team going and playing with determination. The Glory, and Ferguson in particular, has copped a lot of stick in the musings this season. However, the side has finally gelled. They are  playing more fluently and goals are flowing.  This is primarily due to the influence that Liam Miller is having ‘on games’. Jacob Burns is knitting the midfield together and laying a good platform for Miller and the speedy wide-men to service Shane Smeltz. Can they keep the form going?  The one thing in their favour is that the Glory didn’t have to give up players for international duty and the teams that did suffered form slumps. Now that these players are returning will the Glory revert to type? Answer in the next musing.

Newcastle Jets, wow!!  The musing predicted that next season was the time to follow the Jets but they have found form more quickly than anticipated. The defence has found its starch, Ben Kennedy has improved his goalkeeping performances as a result, and the goals have begun to flow. The Jets announced this week the signing of James Brown from the Gold Coast for next season and it will be tremendous to see how he integrates into the Van Egmond style of play. Ruben Zadkovich has found some form and has impressed in recent games. If Ryan Griffiths can stay healthy the Jets can maintain the finals charge.

Melbourne Heart has suffered the most from players in the Olyroos squad collecting just three points from their past six games.  More telling is perhaps the following statistic:

Matches won with Fred in the starting line-up: 7.

Matches won without Fred in the starting line-up: 0.

Fred is coming back to full fitness and the returning Olyroos are set to make an impact on the finals. The Heart desperately need a win to hold off the teams outside the top 6 and get some momentum back in their favour. This weekend’s game against the struggling Gold Coast will give them their best opportunity of the remaining matches to get things back on track.

Sydney FC is a club suffering an identity crisis. This is supposed to be the glamour team of the competition. There is currently nothing glamorous about the sky blues. They are just outside the top six which is where they deserve to be. Performances have been insipid and reactive. This has resulted in the board’s decision to not renew manager Viteslav Lavicka’s contract for next season, i.e. he’s getting the sack. There is one bright spark in Sydney’s recent performances. Youngster Joel Chianese has put in some eye-catching efforts and is showing his team mates how to bling it up. Come on Sydney, put on the bling next season…please?

Jim Magilton has finally experienced the sweet taste of victory with Melbourne Victory, with a win over the ladder-leading Mariners. The Victory is showing inklings of putting together 90 minute performances capable of getting the side into the top six. For the first time this season the Victory look balanced. An away win against Brisbane this weekend will really throw the cats amongst the pigeons.

The new manager syndrome has well and truly worn off for Adelaide United. The Reds are just meandering on to the end of the season. Sure they are picking up wins here and there, but it will be a very tall order for Adelaide to force their way into the finals picture. Enough said.

What is going on at Gold Coast United?  This weekend, a 19 year old debutant will captain the team for their match against the Heart. Manager Miron Bleiberg has been suspended for a week for daring speak out against his owners’ decision. Only two players are contracted for next season. There’s talk of matches being played in regional centres of Queensland next season with the club being rebranded Queensland United. The Gold Coast may be bottom of the ladder, but they are tops when it comes to newsworthiness.

Get out and enjoy a game this weekend.