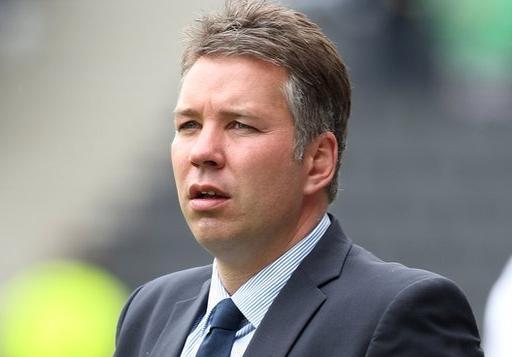 It was inevitable that Darren Ferguson’s managerial career would be played out in the shadow of his father.  After all, Sir Alex Ferguson is arguably the greatest manager in the history of the game.

The moment he took over at Peterborough United, you can imagine the wondering and the hope.  Was managerial ability innate?  Was it passed down through generations?  Or could it be learnt and, if so, what better student than one whose lessons were his life?

In January 2007 we began to find out, because over the next two-and-a-half years, Ferguson guided the Posh first to a 10-placed finish in League 2, and then to successive promotions, leading them to the second tier of English football for the first time in 17 seasons.

In short, whether innate, learnt or something else entirely, management appeared to come as naturally to Darren Ferguson as it did to his father.

And then he was sacked.

With Peterborough bottom of the Championship, the decision was made to axe the man who had taken them 24 places from the Premier League.  Because no matter how far you’ve come, too often in football it is all about your next step forward.

Some clubs would do well to stand still for a while.

Relegation followed regardless.  And Ferguson took over at Preston.   But a string of poor results saw him out of a job once more.  And like a lover who realises their mistake, the Posh said sorry and Ferguson was back where he belonged.

A third promotion – a second back to the Championship – leads us to now, and while last season they just about survived, this time they have won only four games from 18, losing all but one of the rest.

Can anyone else imagine those trigger fingers getting twitchy?

But they shouldn’t.  If the club’s chairman, Darragh MacAnthony, is in any doubt over whether Ferguson is right for the job he need only look back to two seasons ago, and further back too, to those years at the start of Sir Alex’s Old Trafford reign.  Sometimes patience is far more rewarding than you could have ever imagined.

Peterborough may well be relegated again.  Or they may end up mid-table.  The Championship is as hard to predict as ever.  But Ferguson should still be at the helm no matter where they are in May.   He should be given the time to build something; a different kind of Fergie-time – not to score a single goal but to change a club for the better.

He will never be as successful as his father, but then, no one will.

I doubt anyone will ever be in charge of a single club for so long again.

But in an age when fickle owners sack Champions League winning managers with no eye for the bigger picture, and when fans grow bored of stability and a few years later can’t remember what stability feels like – in an age like that, you’d do well to keep hold of a man like Darren Ferguson.