The terraces are packed, and the chants are reaching a crescendo as the sides reach the pitch. The passion and fervor is eminent in the air, so thick you could cut through it. The banners unfurled and flares sparked. The San Siro, which houses the Derby della Madonnina between Inter and AC Milan has become a representation of the elite in Calcio squaring off, but it also represents a class struggle between the working class (AC Milan) and the prosperous upper-class (Internazionale), a concept alien to the American sports landscape.

To identify with an American sports team typically equates to a single determining factor- location. Symptomatic of the U.S. sports business model, leagues rarely place two clubs in a single city, and never outside the New York, Los Angeles, and Chicago markets. Saying that you are a Washington Capitals hockey fan says very little about who you are as a person, despite that you are from the Washington metro area. There is no distinction between economic standing, political ideology, or any other form of social stratification. Bucharest, Milan, Rome, Edinburgh, Lisbon, London, Istanbul, Belgrade, and Athens play host to some of the most passionate yet diametrically opposed derbies in Europe, divided between classes, political ideologies, and social issues. With many people pointing to the tensions and rivalries as a negative aspect of the global game, yet the personality adds a deep and rich context to the game in developing its identity.

With the long-standing political rivalry between FC Barcelona and Real Madrid, tensions from the Franco era come to a boil during every El Clasico encounter. The repression that the now semi-autonomous region of Catalonia received during the dictatorship of fascist Francisco Franco has forged an identity for the club and the Catalan people. More than a club, the motto by which Barca supporters will live and die. During this time there was no Catalan pride, but there was Barca.

Having banned the official use of the Catalan language and flag, the region was stripped of its integrity, but supporters can point to the 1968 Copa del Generalísimo victory over Franco’s beloved Real Madrid as retribution for their pain and suffering incurred. Toppling a restrictive Spanish national identity in Catalonia is above an arm struggle; it takes place on the pitch. 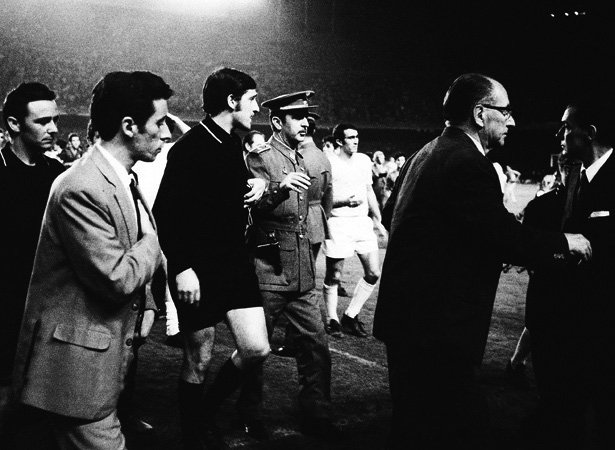 Many Americans love to jest, “During a riot, a soccer game broke out,” but it is this transcendence of sports, politics, and social issues that makes football the beautiful game. The American sporting psyche has no room for societal values because American society in the post-industrial era has not had the same kind of social upheaval that Europe or many parts of the world have undergone. The willingness of clubs and their supporters to wear their hearts on their sleeves in the sporting and political sense is what truly draws me to game, a sport with self-realized social impact in often delicate climate.

Is there anyway to add a societal consciousness to American sports, or is this something truly unique to the global game?

My name is Kyle Morse, and I am a Business student at George Mason University. I am a DC resident who enjoys everything about the game, from catching a DC United game five blocks from my house, watching an Arsenal game on FSC, or reading up on the least covered leagues in Europe. It's a beautiful game, whether its in England, Poland, or played on dirt field across the globe.

2 thoughts on “A city juxtaposed in football”