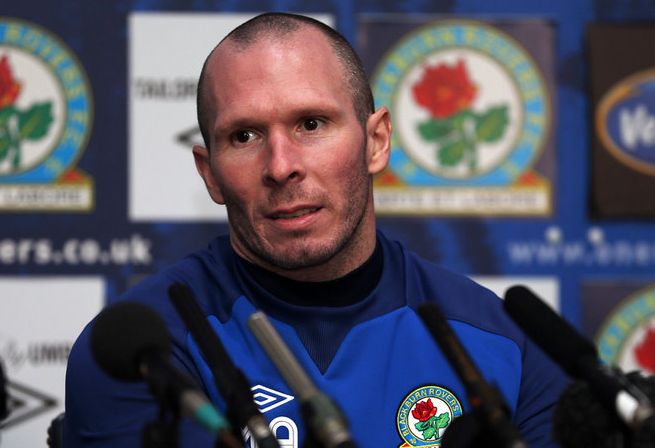 The cacophony of indignation directed towards Venky’s, the owners of Blackburn Rovers, after their managerial defenestration of Michael Appleton is entirely justified. Their actions do more than just accelerate the club’s slide towards League One, they bring acute embarrassment to a club who take their place amongst a narrow elite of clubs to have won the Premier League trophy.

The sacking of Appleton after just 67 days and 15 games in charge is lunacy, and coupled with their last hatchet job on Henning Berg, who lasted just 57days  and 10 games before getting the sack in December, it seriously reaffirms their unsuitability to run a top level club.

And whilst it is widely agreed that Steve Kean was over-promoted to Blackburn boss in 2010, Berg’s hiring borne of nostalgia and a stubborn expectation that simply hiring an ex-player could steady the Ewood ship, Appleton was widely thought to be an astute appointment, an exciting young coach unlucky to have taken charge of Portsmouth just as their financial tsunami finally engulfed them. His firing above all others really seems to demonstrate Venky’s own peculiar form of madness.

Appleton had hopped from Portsmouth to Blackburn via a two month mini stint in charge of Blackpool, during which he bemoaned the Bloomfield Road pitch and his inability to bring new players into the club, and left after a run of 2 wins in 12. Despite all the signs that the Blackburn job was a poisoned chalice, Appleton took the reins, even after comments from Venky’s that they would be looking for a vastly experienced coach. The reaction of Rovers supporters was mixed, but the man coming in undoubtedly had a great playing pedigree developed under Sir Alex Ferguson, and arrived with all the right recommendations.

Appleton now has the sympathy of most involved in the game, his reputation barely blemished by being shown the door by Venky’s. But although he has unquestionably been treated badly, his actual record deserves closer scrutiny.

His time in charge of Rovers was troubled from the outset. Despite the defeat of Arsenal in the FA Cup Sixth Round in January, he didn’t enjoy a rosy relationship with supporters. Rather than the modern footballing philosophy Rovers fans hoped he would introduce, Appleton has in fact stripped Blackburn of many of their creative players, loaning out Ruben Rochina and Mauro Formica and dropping captain Danny Murphy. Although these players had done little to endear themselves to Blackburn fans, their side-lining cast suspicion on Appleton’s forward thinking credentials, and their recent results had done little to inspire confidence in the new boss. The negativity seeped onto the pitch too. Despite going undefeated under the four game caretaker reign of Gary Bowyer, Blackburn’s recent form has been shambolic, having taken 2 points from a possible 18, and their triumph at the Emirates was Appleton’s final victory in charge.

Understandably Appleton wanted to stamp his authority on his new club, but his side were playing with confidence under Bowyer, and his drastic surgery was unwarranted in hindsight. Take a look at Dougie Freedman at Bolton, hired in similar circumstances, if not blessed with a more patient board. Freedman started badly too, but he introduced gradual changes to the playing staff, incorporating a more patient, less direct style of play over a period of a few months, and is now reaping the dividends with a late play-off push after five straight wins in February.

No excuses for Venky’s then, as they continue to commit hari-kari in the North West, but no eulogy for Michael Appleton either. In his short and turbulent managerial career, he has made some strange choices, ones which he would probably be unlikely to make again given the chance. A win record at Portsmouth, Blackpool and Blackburn of 24% is not that of a great manager. His next appointment will be a huge one for his career, and allow him to determine whether he can go on to outfox Blackburn’s chicken magnates.