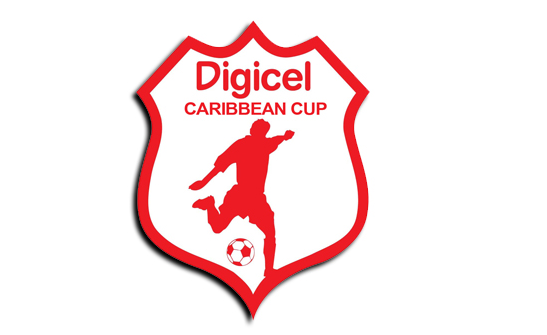 The Caribbean, home to mighty footballing nations like Bermuda, Martinique and Aruba, has surprisingly never left much of a mark on the football world. The region can, however, lay claim to staging one of the strangest games in the history of the sport.

The Caribbean Cup, an annual tournament contested by members of the Caribbean Football Union, was the setting for this crazy game in 1994. It was a match that taught us one thing: if you must introduce new rules before a tournament, try to make sure they don’t contain gaping loopholes first.

Barbados stormed into a two goal lead, which would have seen them just squeeze through. But the Grenadians were resilient and managed to pull one back in the 83rd minute, putting them back in the driving seat. Barbados tried and tried to get a third but to no avail; Grenada had parked the proverbial bus. With just two minutes of the 90 left, Barbados realised they had little chance of scoring in normal time. So to gain an extra 30 minute window of opportunity they simply popped the ball in their own net (thus tying the game up at 2-2 and potentially sending the game into extra time) The Grenadians, recognising their opponents devious plan, tried to score an own goal themselves. When the Barbadians successfully defended their opponents net, the Grenadians tried to score at the opposite end. Normal time ended with the hilarious sight of the Grenadians trying in vain to score at either end while the Barbados players defended both goals diligently. The match went to extra time and, wouldn’t you know it, the Barbadians were rewarded for their unsportsmanlike ingenuity when they scored the newly patented ‘Double Golden Goal™’ to give them a 4-2 win. Absolute madness.

Spare a thought for the member of the Caribbean Football Union who thought up and implemented the bizarre rule. He probably thought himself to be quite the pioneer, a renegade of the footballing world. ‘Why hasn’t anyone thought of this’, he would have said to himself triumphantly, until 88 minutes into the game when a sudden, ‘oh that’s why’, realisation hit him like a ton of bricks. In fact, it may have dawned on him sooner than this, and he had to just sit there praying that the Barbadians wouldn’t work it out as well. Oh but they did, and when he saw the farcical scenes of the Grenadians players frantically trying to put the ball in either net he probably quietly got his coat, snuck out the backdoor, and drove to a remote farming village to live out his remaining days in anonymity.  Or maybe he just got himself a job at the FAI.

Grenada Manager James Clarkson summed up his feelings on the absurd game -and the rogue rule maker- pretty clearly:

I feel cheated. The person who came up with these rules must be a candidate for a madhouse. The game should never be played with so many players running around the field confused. Our players did not even know which direction to attack: our goal or their goal. I have never seen this happen before. In football, you are supposed to score against the opponents to win, not for them.

Regrettably, this isn’t the only case of a team deliberately scoring an own goal to improve their situation. In the 1998 Tiger Cup, a tournament contested by Southeast Asia’s finest, Thailand and Indonesia faced off in the final game of the group stages. Both teams were already through so the match would only decide who would face who in the next round. Defeat would mean a quarter final clash with Singapore while the victors would meet hosts Vietnam. Through their lacklustre play, both teams made it clear they wanted to play Singapore as they were deemed to be a weaker team than the Vietnamese. (The losing country would also be spared the hassle of moving their base from Ho Chi Minh to Hanoi for the Vietnam tie). So, with the scores tied at 2-2, Indonesian defender Mursyid Effendi  took the game into his own hands and placed a neat little finish past his own keeper to ensure a handy 3-2 loss. In wonderful karmic justice, Singapore, the supposed pushovers, beat Indonesia in the next round and went on to defeat hosts Vietnam in the final.