The past decade of growth in traces back to Canada’s first Major League Soccer franchise, Toronto FC. The franchise opened the door to other major Canadian cities, including the creation of the Montreal Impact and Vancouver Whitecaps.

Soccer betting lines for the MLS show the Reds, after securing the Supporters’ Shield, as favorites to win their first MLS Cup. Their main source of competition is located on the other side of Canada, where Vancouver has an inside track on finishing atop the Western Conference table.

If the Whitecaps manage to hold on to their lead, the MLS will feature two Canadian teams on top of the standings for the first time in league history. Not bad considering only three of 22 teams reside north of the American border.

The Rise of Toronto FC

The Reds started at the bottom and now they’re at the top of the MLS. Toronto FC struggled through several terrible seasons of miserable football before making the postseason in 2015.

The Reds then burned a path to the MLS Cup finals a season later before sputtering across the line, smothered by Seattle Sounders’ outstanding defence.

In the span of a couple of seasons, Toronto went from league laughingstock to a beacon of success. With a strong ex-pat community, their raucous supporter base is as close as you’ll find in North America to a Premier League-like crowd.

The 2017 side may be the deepest in league history, with a shot at producing the best regular season on record. North American club football is more competitive than ever, further emboldening Toronto’s recent achievements. 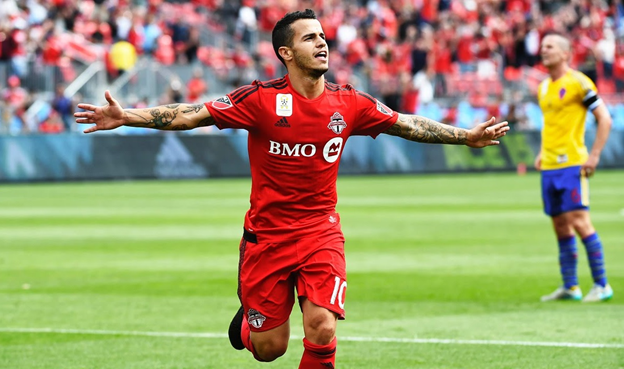 Toronto football fans should thank Tim Leiweke, despite his brief tenure as President and CEO of MLSE. The Reds were his personal pet project. Without Leiweke, it’s doubtful that Michael Bradley, Sebastian Giovinco, Jermaine Defoe, and eventually Jozy Altidore, would have bothered to join Toronto’s MLS team.

Leiweke also worked his magic with the Raptors and Maple Leafs, bringing top NBA and NHL executives like Masai Ujiri and Brendan Shanahan into the fold.

This shake-up at the top of the MLS created a new sense of front office professionalism for all franchises involved, with Toronto FC benefitting the most in the short term.

The Reds, Raptors and Maple Leafs enjoy newfound respect across Canada and the United States as a great place to play and win.

West coast Canada has always been friendlier to football than the rest of the nation. The Vancouver Whitecaps have been a popular franchise for decades, who are nearing their 45th anniversary of competitive play.

Steve Nash – a Canadian basketball legend from Victoria, British Columbia – also happens to be a huge Canadian football booster, supporting the Whitecaps as a minority owner.

Player development is of the west coast’s biggest contributions to the national program. The Vancouver FC academy welcomes talented youngsters from across the country, creating an environment which offers elite training to potential prodigies.

Sixteen-year-old Alphonso Davies, the most exciting Canadian prospect in years, already contributes to the Whitecaps pro club. He also turned heads with a spectacular debut at the Gold Cup, lifting Canada to the quarter-finals.

Davies’ rapid rise would be impossible without the Whitecaps player development program, which benefit the club and the nation as a whole. 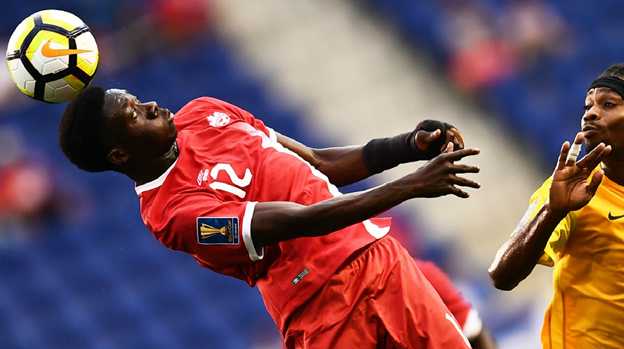 The Whitecaps were able to rise quicker than east coast football cities because Vancouver already had a solid base to build on. As such, despite their status as a young MLS franchise, the Whitecaps appear ready to stay atop the table for years to come.

Canada has long been a hockey country, despite the strong athletic talent the nation has produced in winter and summer athletics.

Recent successes were developed from the top down, beginning with terrific player development programs and continuing with smart executive decision-making at club and national level.

A new wave of Canadian football talent could lift the national profile of the sport, just in time for the 2026 FIFA World Cup. Or so Canadians hope.