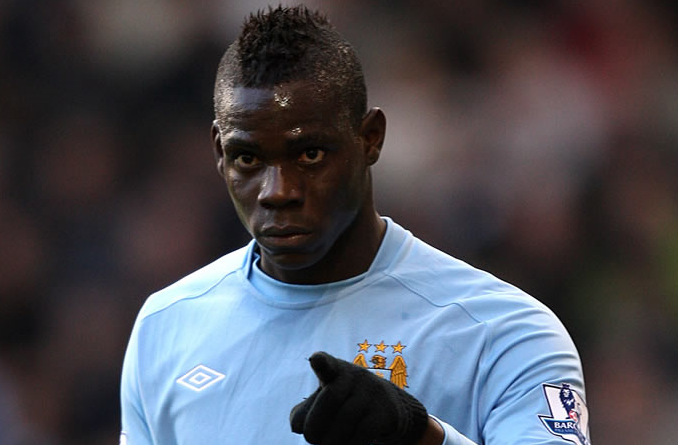 Branded a brat, disgrace, and names much worse by many quarters of the football world, it seems 20 year old Mario Balotelli cannot get anything right. In his most recent controversial incident, the mercurial striker was hauled off immediately after attempting an audacious back-heel in the last match of the ever so important Herbalife World Football Challenge match against the LA Galaxy, after scoring from the spot earlier in the half.

The substitution took place in the 32nd minute of the match, and Balotelli exchanged words with Roberto Mancini before taking his place on the bench, and failing to come back out after the first half. Balotelli has never been far from the spotlight and criticism, and given his past, it would seems his reputation is almost beyond repair even at such a young age, with this another mark on his record. Because, to many, an attempted back-heel in a pre-season friendly might be seen as immature, at the most. If fellow City team mates Edin Dzeko or Shaun Wright-Phillips would have attempted it, it would likely not have been anywhere near as covered and condemned as it has been.

In fact, what would the reaction be if Lionel Messi attempted it, or another Barcelona player? Would he be praised for his creativity and love of the game, with the same old cliches bandied about regarding the “Barcelona way,” La Masia, “mas que un club,” total football, etc? Even with the attempt ending up off-target like Balotelli’s, the little Argentine would likely be praised and saluted for his unique skill and artistic license with the ball, rather than having questions about his professionalism and maturity raised; a model for the youth to enjoy football and play beautiful. So why is Balotelli judged so much more harshly? This is not to in any way defend Mario Balotelli for previous actions, or to make a definitive statement on his personal character and his flaws or lack thereof. Rather, football fans should take this most recent “incident” and put it more into a rational, unbiased perspective.

With no preconceived notions of the player, the action in itself is barely noteworthy, certainly not front page news on the world’s major football media tabloids and websites. But it seems Balotelli, rightly or wrongly, has been labelled the ever-troublesome problem child yet again.

7 thoughts on “Would Messi get the same criticism for Balotelli’s back-heel?”