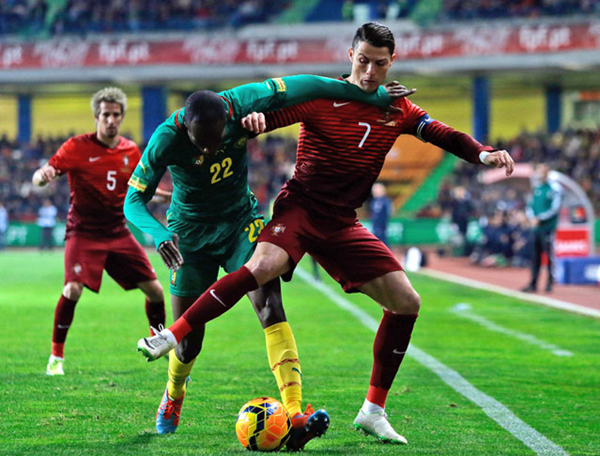 Individuals steal the spotlight at the World Cup, but teams win it. For the great solo performances of Diego Maradona or Ronaldo in the past – or perhaps Lionel Messi or Cristiano Ronaldo today – they still need ten teammates backing them up.

The managers have solved the selection headaches of picking a 23-man squad but they can’t rest easy yet. Naming the XI for the first game will be just as tricky, as anyone playing the World Cup game on EuroFantasyLeague can attest. Given the choice of any player from any country, it only gets more complicated.

The Spain captain lifted the trophy four years ago and led Real Madrid to a Spanish Cup and Champions League double last season. Casillas remains one of the world’s best goalkeepers and offers experience and leadership to La Roja.

Uchida, of Japan and Schalke, could be one of the breakout stars of the competition. Under Italian coach Alberto Zaccheroni, the Blue Samurai are a swift, attacking outfit and the 26-year-old offers important width.

Captaining Brazil is a demanding job at the best of times but for a home World Cup, the pressure is magnified 10-fold. Fortunately, the Paris Saint-Germain defender is more than equipped to live with the expectation. A commanding presence, he is the heart of the Selecao.

Arguably the best defender in the Premier League, Kompany leads the World Cup dark horses to their first tournament in 12 years. In that time a golden generation of players has come together, with the Manchester City skipper the leader.

Bayern Munich’s Mr. Versatile, Lahm is one of four centurions in the Germany squad. He might be used at right-back, having played in midfield at club level, but Lahm has the talent and mentality to thrive anywhere.

Probably in his final international tournament, the Liverpool and England captain is coming off perhaps his best season at club level, but one that also ended in disappointment. Gerrard may have something to prove.

Pogba is one of Europe’s most wanted men. Clubs are lining up to tempt Juventus into selling the young France international, with Barcelona, Real Madrid and former employers Manchester United all linked.

The unheralded man for Argentina and Madrid, Di Maria was crucial to Los Blancos’ Champions League success and could prove similarly decisive for La Albiceleste. Di Maria might be the World Cup’s big surprise.

Does Messi have to win the World Cup to reach the level of Maradona? Some say so, and he may never have a better chance. At 26, the Barcelona man is still in his prime.

The Brazil-born Spain international might not be welcomed back on home soil but this spikey character will only be fired up by any boos coming his way. That could be the catalyst he needs.

Messi’s great rival and currently recognised as the world’s greatest player, Ronaldo relishes the spotlight like few others. He rises to the occasion, too, but fitness has been a worry.