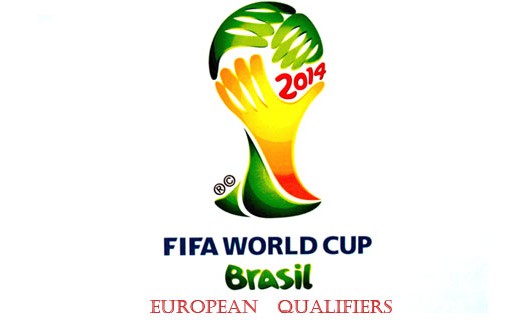 It’s a nervous time for many international managers across Europe as World Cup qualifying groups reach their conclusion over the next week.

As many as five European nations can book their flights to Brazil on Friday night, with Italy and the Netherlands having already qualified. Six other nations can secure places in the play-offs.

Here I will look at the most interesting European groups and the various possible permutations this weekend.

Croatia have already secured a play-off spot means that there’s Igor Stimac’s side need to go on a gung-ho goal-getting crusade against Belgium in Zagreb. Only a win can delay the latter’s qualification for their first major tournament since 2002.

The Belgians have dropped just two points over their entire qualifying campaign – in last year’s 1-1 draw against the Croats. So there’s a chance yet, but any hopes also rely on the unlikely event of Wales beating Marc Wilmots’ men in their final game in what will be Craig Bellamy’s last international for the Dragons.

This the most open group of European World Cup qualifying.

Italy have already won the group and claimed with it automatic qualification for next summer’s jamboree, but there’s still a play-off berth to be decided, and the race starts with this potential cracker on Friday afternoon.

Improving Armenia might be fifth out of six with two games to play, but the Eurasians could move within a point of second place with victory in Yerevan.

If Denmark lose to Italy and when the Czech Republic beat Malta, then the last round of games would kick off with just one point separating four teams in the race for second place.

Armenia had best get too far ahead of themselves, with a daunting trip to Naples still to come, but there’s enough quality in this side to upset the odds.

This qualification match of the next-to-last round in the Group C brings either the definite solution when the fight for second place is in question or maximally complicates that situation.

Germany are virtually guaranteed to progress from this group. Joachim Loew’s side need a win in Cologne over a poor Ireland side to mathematically guarantee qualification having already beaten the Irish 6-1 in Dublin this time later.

Sweden is currently second with five points less than the leading team and has three points more than third-placed Austria. So, even a draw is not a bad outcome for the host while victory resolves all, but Austria has to play to win. In the first match between two selections Austria won in Vienna with 2-1 so Marcel Koller’s side has a chance and a win would see them leapfrog the Swedes given their better goal difference.

With the Austrians facing the Faroe Islands in their last game next Tuesday and Sweden hosting Germany, that would leave Austria odds on favourites to secure second place and with it a play-off berth.

Switzerland need just a draw against Albania in their final game to seal top spot, but second place is still wide open with only two points separating Iceland, Slovenia and fourth-placed Norway.

Iceland have never qualified for a major tournament (or indeed finished second in a qualifying group) but could go a long way to ending that unwanted record against bottom side Cyprus. That said, the Mediterranean side have won only one game in eight – 1-0 against this weekend’s opponents in September 2012.

Since then, however, Lars Lagerbäck’s side has barely put a foot wrong, beating Albania twice and Slovenia, as well as coming back from 4-1 down to draw 4-4 with the Swiss in Bern.

Should Slovenia and Norway draw in Maribor, victory for the Scandinavians over the Mediterranean minnows would all but confirm their place in the play-offs.

This is Israel’s last chance to make only their second-ever World Cup.

Portugal, meanwhile, must win to keep up with Russia, who will beat Luxembourg. If the Iberians don’t manage all three points in Lisbon, they’ll be in the play-offs at best. Three points for Israel would still leave them one behind Portugal in third, with their final game against Northern Ireland in Ramat Gan.

They’d still be relying on Portugal not to beat Luxembourg, though – and that’s not going to happen. With Russia facing off against Azerbaijan in their final match, it’s looking like the play-offs once again for Ronaldo and Co.

Thus far the tightest European group where top spot is still available and second place is still also very much to be decided as just three points separates the top four nations in the group. In the first game, Euro 2012 hosts Ukraine (15 points) and Poland (13) know they could kill off the other’s chances with a draw should England (16) beat Montenegro (15). Poland really need the need to win to keep their realistic chances alive before they travel to London Tuesday’s game at Wembley.

England and Montenegro will already know the result of this game by half time, which could certainly affect Hodgson’s second-half strategy. For Hodgson’s men it’s simple: if they win this utterly winnable home game and Ukraine don’t do the same in Kharkov, the Three Lions are in Brazil.