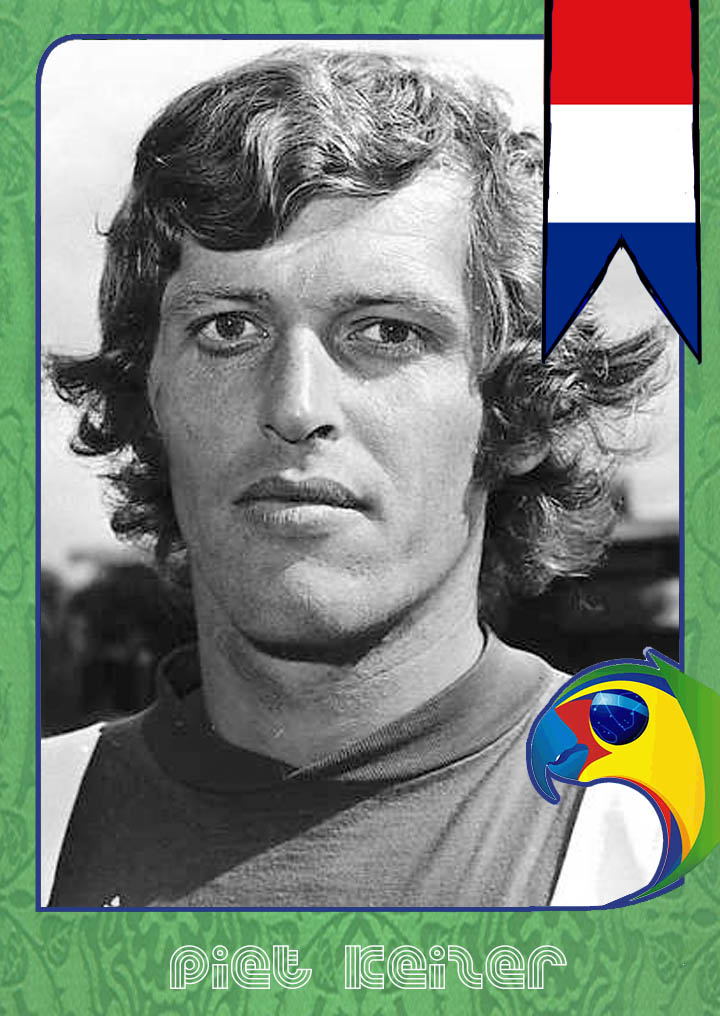 One of the ‘Twelve Apostles’ who to some was better than JC himself; it’s an argument that perhaps should never be settled.

Ajax defender Velibor Vasovic tells the story of watching Ajax just before he signed for the Dutch giants. A young Johann Cruyff was dazzling on the left when Vasovic was told by a fan not to bother too much with the youngster as the left wing was already in possession of the clubs best player. Vasovic responded that if the club had a better player than Cruyff then the club didn’t need to sign him. The better player was Piet Keizer.

Amsterdam born [14th June 1943] and bred, Keizer was a one club man, joining Ajax in 1961 under manager Vic Buckingham. Keizer would stay for 13 years and 365 appearances. A left winger with an upright stance and a long striding “scissor” gait that he perfected; it gave him the ability to deceive defenders and deliver perfect crosses. Sjaak Swart also remembers Keizer’s ability to stand still with the ball and play a pass to take three defenders out.

Only a year after joining Ajax, Keizer made his debut for the Oranje in a friendly against Netherlands Antilles. His early career was marked by comments on his ability to disappear during matches. Keizer was said to be only seen on the pitch for 10 minutes, but in those 10 minutes he was brilliant. He became more consistent and his career was taking off before in 1964 he cracked his skull in a match. A long lay-off followed. When he returned things where changing.

Johann Cruyff was emerging, Rinus Michels was in charge and the world was about to be introduced to Total Football and one of the greatest teams ever seen. Cruyff and Keizer were labelled the ‘royal pair’ and would go onto to terrorize the Eredivisie. Six consecutive league titles would follow until the 1972-3 season, four KNVB Cups, an Intertoto Cup culminating in three consecutive European Cups in 70-1, 71-2 and 72-3 seasons [as well as two UEFA Supercups and an InterContinental Cup victory in the same period].

The 1973 triumphs were to be the farewell of the great team. Rinus left for Barcelona and new manager George Knobel held a secret ballot on who should be captain. Cruyff who held the captaincy lost out to Keizer. A few weeks later Cruyff was heading to Barcelona.

Keizer played his final year at Ajax and was selected by Michels for the World Cup squad in 1974. However an apparent fractious relationship between the two saw Keizer make only one appearance. Keizer decided to retire after the tournament finished.

As to who was the better – Keizer or Cruyff? Maybe the analogy is they needed each other – Cruyff’s Mick Jagger to Keizer’s Keith Richards. Both are legendary.