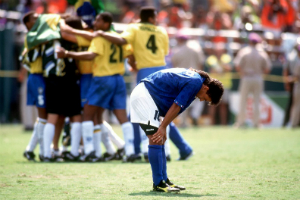 The penalty shootout: the drama, the excitement, the unending cruelty. It seems like it is a staple of tournament football, an ever-present and immovable method to decide a deadlocked game in the knockout stages of the World Cup. This, of course, has not always been the case as it was not until 1978 that the concept was introduced to the Finals, and not until 1982 that it was actually required.

Before 1978, the method for deciding drawn knockout games was to replay them. In the ten tournaments prior to Argentina ‘78, there were four replays in total. From 1950 onwards, there were no drawn games following extra time in the World Cup – but there were significantly less knockout games in the formats of older tournaments, most notably second group stages instead of knockout rounds.

The need for penalties was not a World Cup solution to a World Cup problem – it came from an Israeli proposal in 1969 that was slowly implemented across UEFA tournaments in the 1970’s. Following the introduction at the 1976 Euros, FIFA decided that the 1978 tournament in Argentina was to be the first World Cup which featured them. The dye was cast.

But, is it a fair method to decide which is the best football team in the world? Is penalty taking an arbitrary metric in what is a complex team sport? Is a dead ball contest the best way to decide between two World Cup finalists? Taking a penalty kick is just one skill set that makes up a competent and world-class footballer, but many would argue that it is a good way to tiebreak two drawn sides. It tests technique, nerve and skill. It undoubtedly adds drama to tournaments as a sensational denouement to drawn games. But is drama an end in itself? It is for this reason that many neutrals love them, but it is debatable as to whether it is the best format to ensure sporting fairness.

The golden goal – introduced for the 1998 World Cup – was designed to put a stop to the defensive extra time tactics that had become so prevalent in the game as teams played for penalties – 75% of all extra time games at the 1994 World Cup went to penalties, including the final. The idea was that the prospect of a sudden death winner would make teams attack with purpose and vigour to claim the decisive goal. The problem was, instead of stopping this defensive trend, the golden goal arguably exacerbated it. Teams who were once scared of going one goal down, were now in fear of being knocked out completely with one strike. Defending your way to the sanctuary of penalties seemed like the easier option. The format was thus scrapped as a failed experiment after 2002 – despite an improved success rate at that World Cup, and the traditional 30 minutes of extra time followed by penalties was re-introduced. 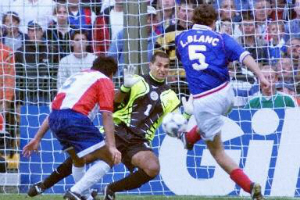 But, take away the safety net of penalty kicks and suddenly the Golden Goal is an entirely different proposition. With nothing to hang on for, teams would legitimately have to attempt to win the game. There is a case to be made that the very presence of a penalty shootout gives teams – often the inferior team – a goal to strive for outside of actually winning the game of football at hand. Is this right? Is this a dynamic that should be strived for in decisive matches?

Should the World Cup Final be treated differently?

Following the 2006 World Cup final, the fact that the tournament’s decisive game was determined by a penalty shootout was a hot topic (as it was in 1994). Loath as one is to quote the gaffe-prone FIFA President Sepp Blatter, but he addressed the issue after the Italy vs France 1-1 draw, saying, “When it comes to the World Cup final, it is passion, and when it goes to extra time it is a drama. But when it comes to penalty kicks, it is a tragedy… Football is a team sport and penalties are not for a team, it is the individual.”

Interestingly, the 1978 and 1982 World Cup finals had penalty shootouts as the tiebreaker throughout the tournament except for the final. If the final was drawn after extra time, a full replay was scheduled before resorting to penalty kicks. Clearly, FIFA thought the final of football’s showpiece event should be decided by penalties only as a last resort.

FIFA itself does not count a penalty shootout win as a full victory in its world rankings, so is it justifiable to declare a World Cup winner based on one?

A group of academics have looked at the topic of football penalty shootouts from a statistical standpoint, and have proposed a comprehensive list of alternatives to the shootout. Every possible tie breaking scenario is broken down and analysed – from statistical in-game metrics to possible extra time scenarios. 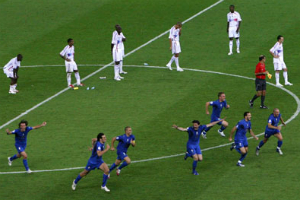 When you question the validity of penalty shootouts to determine the best footballing team in a competition, the natural response is “what else is there?” The pre-1978 days of replays for drawn games seems like a logistical nightmare given the amount of knockout matches currently, as well as putting physical strain on players at the end of a long season.

Realistically, for a World Cup final, a continuous extra time with a golden goal is a solution with some merit. In a one-off instance of a World Cup final, fatigue should not be as much of an issue and extra substitutions could be allowed. The benefit of this tie breaking method is that the World Cup winners would have won the tournament by playing actual football – as opposed to a dead ball competition. The lack of a penalty shootout get-out clause would mean that teams could not defend their way to victory if extra time did occur.

Penalties are, of course, not a lottery. The analysis shows that “there are marked and logical patterns that repeat themselves time and again.” The research goes on to say that stress and anxiety may be important explanatory factors in a penalty shootout result – which makes sense. Every penalty shootout comes down to a final kick either way – to win or to lose it. Is it fair to put a team, a nation and a World Cup on the shoulders of one player?

Is there a more equitable way to decide the World Cup final this July, should it be a draw after 90 minutes? A solution that perhaps emphasises team play – the very basis of the sport – and not the individual?

Let us know your thoughts below.

3 thoughts on “Should the World Cup Final be decided by a penalty shootout?”