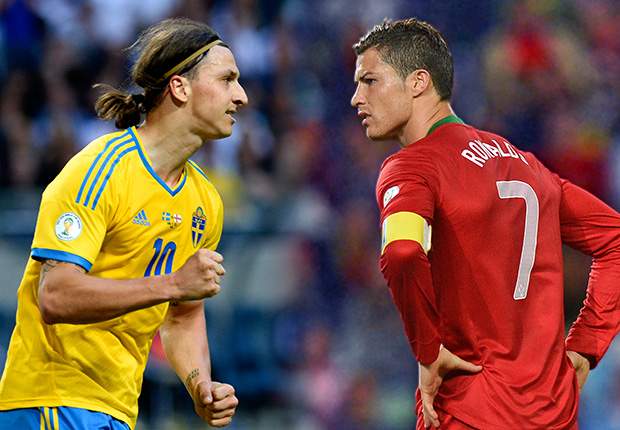 More than 800 qualifiers have already been played for next summer’s World Cup with 20 nations having qualified alongside hosts Brazil for football’s global jamboree.

Over the course of the next week, the remaining 11 places will be decided. Eight European nations will play off for four places. There are five places to be decided in Africa and a final two to come from South America (CONMEBOL), Oceania and/or North America (CONCACAF).

After an embarrassing showing during CONCACAF qualifying, Mexico declined to call up any of its European-based players ahead of a playoff tie with New Zealand.

FIFA has denied Senegal a chance to host the Ivory Coast in a critical return leg this week, instead forcing it to move the game to Morocco. Soccer’s governing body attempted to deny Egypt a chance to play in Cairo, but that seems to have been resolved.

Then there’s Iceland. Tiny Iceland, which next-to-nobody is giving a chance against Croatia, which has a tendency to blow up from within in big games. Were the Icelanders to qualify, they would become the smallest nation ever to qualify for the World Cup.

Here is a preview of the upcoming scramble for the last remaining places at football’s global showpiece.

The top eight second-place finishers from nine UEFA groups were randomly drawn against each other based on FIFA World Rankings. The aggregate winners over a home and away play-off will qualify for Brazil.

These teams have a history, meeting during 2010 World Cup qualifying and playing to a pair of goalless draws. Yes, Portugal sports the likes of Real Madrid’s Cristiano Ronaldo and Manchester United’s Nani, alongside a world-class back four of Joao Pereira ,Pepe , Bruno Alves and Fabio Coentrao, but we’ve seen this story before. Sweden is that mid-major nation that grinds out results. Swedish striker Zlatan Ibrahimovic always seems to bag an audacious goal and the Scandinavians are known for their discipline — unlike Portugal. The Portuguese struggled in cold-weather nations in the group stages — Russia and Northern Ireland — during the group stages, so if this one heads back to freezing Stockholm within a goal either way, it’s all to play for.

PREDICTION: Portugal by the odd goal.

Ukraine are even money to dispatch Les Blues in what most would consider an upset based on France’s reputation. But let’s not forget the group Ukraine had to navigate just to get to this point. A massive win in Montenegro righted a Ukrainian ship that went off the rails early in qualifying. After that, a solid draw against England and a win over Poland all but assured qualification. The French were always expected to be here, having drawn Spain in their group. But a bizarre draw with Georgia and a scare from Belarus shows the French are more than vulnerable four years after that strange team coup in South Africa. These two teams met during the 2012 Euro group stage, with the French knocking Ukraine out on home soil.

PREDICTION: France by the odd goal.

Expect a cagey, low-scoring series between a pair of teams that give little away and don’t exactly sport much — if any — firepower. The Greeks win a lot of games 1-0, guided by the yeoman’s work ethic of Fulham’s Giorgos Karagounis. A demonstration of their collectiveness: The Greeks claimed eight clean sheets and conceded just four times through 10 first-round qualifiers, tied for the second-lowest number of goals-against in the opening round. We’d be lying if we said we knew much of anything about the Romanians, other than the fact they’re a hardened Eastern European side that will look to slow down the game, counter and take advantage of set pieces in Piraeus. If Greece takes a lead to Bucharest on November 19th, they might as well punch their tickets to Brazil.

PREDICTION: Could well go to a penalty shoot-out following a 0-0 aggregate

Had the legs been reversed, we might have seen Iceland park the bus in an effort to bring the Croatians to chilly Reykjavik at 0-0, giving them at least a chance in a nervy return leg. It was an achievement for the Icelanders to get this far. But this is where it will end.

The opening legs of five continental playoffs were played last month. The return legs will determine which five African teams qualify for Brazil:

FIFA has banned Senegal from hosting Didier Drogba and the Ivory Coast after riots broke out when the rivals met in 2012. The Senegalese therefore lose huge home-field advantage — and any hope.

Ethiopia’s feel-good story should come to an end here, especially after losing the opening leg at home. The Ethiopians are more or less a rag-tag bunch, with few players playing outside Ethiopia. Nigeria should be too strong and too good for them.

The Tunisians are only here after Cape Verde fielded an ineligible player during the group stage. The north Africans missed a big opportunity drawing at home and will find it difficult in rugged Cameroon.

The opening leg result says it all. Ghana to stroll it.

With away goals serving as the first tie-breaker, Algeria is in a good spot. But up-and-coming Burkina Faso is on the verge of booking its first ticket to a World Cup finals. This one could well be a cliffhanger and looks likely to go right down to the wire.

Uruguay was in this same spot during the 2010 cycle and scraped by Costa Rica. They lost on penalties to Australia in the 2006 play-offs. La Celeste are odds on favourite but they can’t take anything for granted. with Cavani and Suarez in their lineup they pack all the firepower though and one would presume they’ll have enough to make it through.

If the All-Whites can keep it tight at the Azteca then Mexico could find it difficult having to travel all around the world for the second leg. All things being equal however, the Mexicans should have just about enough about them to progress.