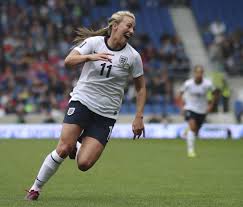 In less than ten months the pinnacle of female footballing talent will gather on Canadian shores for the seventh Women’s World Cup – a tournament which has the potential to thrust the female game firmly into the mainstream of sport’s landscape. Both literally and figuratively this will undoubtedly be the largest ever Women’s World Cup – given more nations than ever before will be taking to the field, whilst the rapid growth of the game means that naturally coverage and interest will hit unprecedented levels.

For European nations the journey to be part of the spectacle began in September of last year – the fates of those respective nations will culminate over the coming month, with all but one of the coveted finals spots being decided as the group stages reach their climax.

UEFA are the main benefactors of the finals expanding from 16 to 24 competing nations, with the revamped format affording Europe eight qualification births rather than the previous allocation of four or five slots – that potential fifth ticket being determined by a make or break playoff against the third ranked nation from CONCACAF.

Naturally the expansion has opened doors to nations for who qualification was previously an overly arduous challenge. The usual suspects continue to blossom with all five of the European nations present at the previous World Cup – Germany, Sweden, Norway, England and France – progressing to final furlongs of qualification with flawless records, however Canada will also play host to several unfamiliar European faces alongside those traditional superpowers.

Switzerland have already taken full advantage of the window of opportunity brought about by the tournament’s revised format – the unheralded Swiss becoming the first European side to confirm their spot at next summer’s showpiece. Drawn alongside Denmark and Iceland – both quarter-finalists at last year’s European Championships – there was little evidence to suggest Martina Voss’ side had the credential to progress – that they finished fourth in their respective European Championship group and have never appeared at a major tournament underlining that viewpoint.

With eight wins in nine – including pivotal victories in Denmark and Iceland – Switzerland have belittled all expectation and left both their fancied opponents staring at the exit door given their respective point totals mean a spot in the do or die playoffs looks unlikely – qualification failure would be particularly excruciating for Denmark given they have made every World Cup to date.

The Swiss may not be the only European side making their World Cup bow next summer with Spain primed to take their upsurge to another level by gracing football’s grandest stage. Having progressed to a maiden European Championship quarter-final last summer – in the process producing football reminiscent to their male counterparts in regards to aesthetics – the Spaniards realistically require just a single win from their remaining two encounters to progress to a first ever World Cup.

Should Spain complete the anticipated formalities when they visit Romania in September, the achievement of ousting Italy should not be undervalued – afterall the Italians only missed 2011 World Cup courtesy of a narrow playoff defeat to USA and on top of that boast successive European Championship quarter-finals. In many ways the Italians commenced proceedings as slender favourites, however a 2-0 win for Spain over the Azzurre began the disparaging of those predictions before a stalemate in Italy only further highlighting Spain’s escalation up the women’s football radar.

Germany – the unquestionable queens of European women’s football – have been in devastating form throughout the qualification process, with the six-time reigning European champions scoring an astounding 56 goals on their march to eight consecutive victories. Highlighting their superiority is that Russia – currently occupying second spot in the group and still harbouring realistic playoff hopes – were emphatically dismissed 9-0 by the group leaders – the fifth occasion Silvia Neid’s side have scored at least six. Having suffered the ignominy of exiting their home World Cup at the quarter-final stage four years ago, the smarting Germans look well placed for a bid at redemption – should Russia fail to beat Slovenia on Thursday Germany’s inevitable advancement to the final will be inked in.

Since overcoming Scotland in July – their only genuine challenger for the Group Four apex – Sweden have had one foot in the finals door – a qualification that would maintain their perfect attendance record. The Scots will still entertain aspirations of upsetting the odds, yet in order to unseat Sweden they will need a victory in Gothenburg on the group’s concluding date – even if that implausible scenario does materialise a substantial swing in goal difference would also be required to deny Lotta Schelin and co.

Mark Sampson – the man tasked with filling Hope Powell’s sizable shoes – has begun his reign in encouraging manner and victory over Wales in Cardiff would allow England to begin planning for next summer’s Canadian adventure. That though will be a far from straightforward proposition given three points are essential to Wales playoff credentials and with it prolonging their bid for a first ever World Cup showing.

Like Germany and Sweden, Norway have been World Cup ever presents and that trend looks unlikely to be bucked anytime soon with the European Championship runners-up knowing that victory in Albania on September 13th will seal their qualification. The Netherlands have been Norway’s closest rivals, however a 2-1 success away from success over the Dutch in October debatably rendered the group as good as over in relation to being a genuine contest.

Finally France – ranked fourth in the world – remain firmly on course for a second successive finals appearance – with only Germany able to outdo the French in regards to qualification goals. Finland have ensured at least a degree of pressure is maintained on France and they technically can still overthrow their rivals – although incongruously that would require the Finns to conclude their campaign with back to back victories over the French.

For the best four placed runners-up a gruelling playoff awaits in the last chance saloon – the final qualification birth being determined by the side who can successful negotiate the two knockout rounds. Italy and Scotland look most assured of a spot in the do or die shake up, however the exact line-up is only likely to be confirmed as the group stages conclude in mid-September.