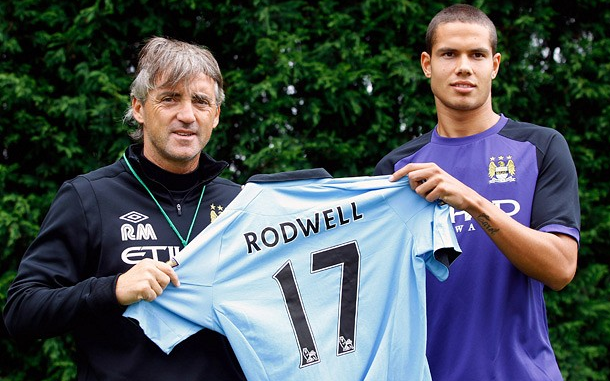 We’re all used to it by now: A struggling club with limited ambition and even more limited funds comes to the attention of a filthy rich oil magnate and their fortunes are changed in an instant. Pretty soon, they’re swapping their relegation scrap for the Champions League as they shamelessly court the world’s brightest talents with the promise of doubling wages and turning greedy agents into millionaires overnight.

The English game has seen its fair share of clubs become the new play thing of wealthy and bored billionaires over the past decade. Chelsea’s current status of European Champions is the end result of eight years of constant funding by Billionaire Oligarch Roman Abramovich. Their Premier League rivals, Manchester City, will probably follow suit and add a European title to their growing trophy cabinet within the next few years. The man they owe their success too is Sheikh Mansour bin Zayed Al Nahyan, who, since buying the club in 2008, has spent close to half a billion pounds on player recruitment alone. It’s merely loose change for a man who is part of a consortium considered to be worth well over £12Bn.

But for every Chelsea and City, there is the tragedy of Portsmouth, and this is where the ugly side of money and wealth within football is revealed in its purest form. Under Franco-Russian owner Alexandre Gaydamak, Pompey attempted to compete with the Premier League heavyweights. They managed to post top-half finishes in the league and the highlight was an FA Cup triumph in 2008 with a squad laden with expensive and over-paid footballers. The club’s transfer record was repeatedly smashed as they recruited the likes of Lassana Diarra, Sully Muntari and Peter Crouch (the club’s £12m record signing) in their quest for success. However, Gaydamak soon became tired of bankrolling a club who’ s pinnacle was only likely to be a top half finish and he decided to sell up in 2009. Of course, the money he pumped into the club was not a gift, and he demanded repayment of his loans. This put Portsmouth on a path that eventually led to relegation, administration and yet another relegation to their present day residence of League One.

But it’s not just clubs unfortunate enough to have their wealthy owners bail out that are finding themselves in financial ruin. Countless clubs have embarked on a do-or-die policy of spending above their means to ‘chase the dream’ and recoil in success. A report by UEFA in 2009 revealed that more than half of the registered 655 had made a loss the previous year. Of those 300 or so clubs, about 20% were considered to be in ‘financial peril’, meaning they had no means of recovery.

This is where UEFA feel obliged to intervene. Concerned by the high level of spending amongst European clubs, Michel Platini and his federation longed for a more level playing field and an environment where clubs managed their finances responsibly. Their Financial Fair Play Regulations (FFP) was established in 2009 as a way to monitor the spending of every registered club. For the first three years starting from last summer, every club can post losses of up to £40m per annum. From the 2016/2017 season, the loss threshold will decrease to around£30m. UEFA insists that any club that exceeds these limits will be punished. Initially the clubs will be given a formal warning to improve their finances. However, UEFA claim that harsher punishments such as a points deduction, competition exclusion and even a transfer embargo will be enforced.

On the face of it, it seems that most clubs, certainly in England, will initially find it difficult to post favourable balance sheets. A report of the 2010/2011 Premier League season found that as a collective, the twenty teams made a loss of £361m. Manchester City recorded the greatest ever financial loss by a club of £195m, almost five times the limit that UEFA is looking to enforce. But it isn’t just the big spenders who are in danger of rule breaking. Everton, the club so often praised for achieving impressive league positions despite operating on a shoe-string budget, have also regularly posted losses in recent years. Their most recent report indicates a working loss of £30m when transfer activity is factored in.

There are signs however that clubs are taking the FFP guidelines seriously. Manchester City, for example, have barely strengthened their squad this summer despite the need to progress having just secured their first title in May. Jack Rodwell has been their only major signings in this transfer window and unless they make a late dash to snatch Bilbao’s Javi Martinez from the clutches of Bayern Munich or Fiorentina’s Stevan Jovetic as rumoured, they have only spent around £12m this year. Over in Spain, taking aside the top three of Real Madrid and Barcelona and Valenica, the other 17 spent a collective total of €31m, though that’s more an indication of the problems La Liga clubs face in the shape of income rather than trying to meet FFP criteria. In Italy, the two Milan giants, AC and Inter, have also embarked on a journey of cost-cutting. Milan have generated a healthy profit from the sale of Zlatan Ibrahimovic and Thiago Silva to Paris St. Germain, whilst big earners Antonio Cassano, Clarence Seedorf and Alessandro Nesta have also been shipped out to lower the wage bill.

Across town, Inter have released Brazilian centre back Lucio from his huge contract. Added to the departure list are Diego Forlan, Goran Pandev and quite possibly Julio Cesar. They have all been replaced by cheaper alternatives, but to what cost of domestic success is yet to be seen. On the other hand, several clubs have spent well beyond their projected income. Chelsea have spent over £70m on players such as Oscar and Eden Hazard amongst others in an attempt to disrupt the Manchester duopoly of the Premier League title. The most recent figures from Chelsea’s accounts reveal that they made a £75m loss last season. Yet again, it seems like Chelsea will be in the red when this year’s accounts are totalled up. Elsewhere in Europe, Paris St. Germain have made a mockery of the FFP regulations by spending close to €140m. Ibrahimovic and Silva have been joined by Lucas Moura (€44m) and Ezequiel Lavezzi (€22m) in an effort to make an impression on the upcoming Champions League campaign, so they may well rival Manchester City when they inevitably post mammoth losses this year.

FFP will not have the impact that UEFA desires. There will be no such level playing field in which every team in any given division will be operating with the same funds. The likes of Manchester United and Barcelona will continue to post record income year on year as football becomes yet more globalised. They will be able to outspend the majority of clubs simply because they have money to spare. Clubs have also found ways around the FFP regulations. Man City sold the naming rights to their City of Manchester Stadium last summer in a partnership with Etihad Airways believed to be worth £400m over 10 seasons. The change to the Etihad Stadium was seemless and was accepted as a necessity by club fans, which may prompt other clubs to follow the same route to generate funds. Their inter-city rivals, Manchester United, sold the sponsorship rights to their training kits to DHL in a deal worth £40m. The only chance DHL get to show off their brand is if Sky cut to a shot of Ferguson sitting in his DHL-plastered chair in the dug-out.

In terms of UEFA sanctioning those clubs who flout the rules, there is little chance of competition exclusions. The likelihood that UEFA would ban Barcelona, for instance, if they posted unsatisfactory losses is very slim, knowing full well that a Champions League without Europe’s top sides would lack legitimacy and interest. The ultimate sanction, a transfer embargo, has already been scrapped given its legal restrictions. The days that UEFA long for whereby transfer and wage caps are a common entity and clubs routinely produce healthy profits seem a very long way off. Clubs will always take risks and spend big in order to achieve success. It is a common facet of the game and one that is likely to remain for the foreseeable future.