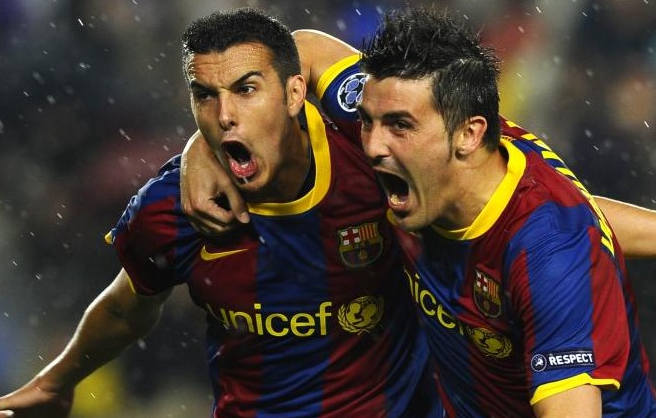 I am a diehard Cule and to say the El Clasico series was a disappointment would be the understatement of the year. This is not news though, and this fact has been talked about enough for the last few weeks. Add to this the fact that the title race officially finished with Barcelona’s draw against Levante midweek and you get a throng of people who are depressed about the rapidly approaching end to the season with little to look forward to.

I am not here to rehash the matches or gloat about how the Blaugrana have won a third successive La Liga title. I thought I would talk to you about why I am more excited for the last few weeks of the season than I was for the previous month.

The reasons for my excitement are three-fold. First, the UEFA Champions League Final at Wembley could be a classic as Barcelona and coach Pep Guardiola go for their 10th piece of silverware since he took over three seasons ago. Second, the records race between Lionel Messi and Cristiano Ronaldo is one of the most enthralling races of the season as the two titans have been trading punches that would obliterate us mere mortals all season long. And last but not least, with the title race over, Guardiola is given the opportunity to rest some of his stars and introduce football fans to the next generation of Blaugrana stars.

Some people are hesitant about getting excited about this year’s Champions League final, and with the disappointment of the El Clasico series last month I believe they have a right to be. I for one am taking a break from my pessimistic tendencies and can’t bloody wait! The talking points alone for this match are enough to get any football fan watering at the mouth. The battle on the sidelines between Sir Alex Ferguson and Josep Guardiola, two of the world’s top managers, one finishing and the other, just starting what will both be unbelievable careers.

The Wembley factor; both United and Barcelona won their first European Cups there, United in 1968 and Barcelona in 1992, a young Guardiola played in the center of midfield as the pivot for Johan Cruyff’s Dream Team. Both sides are chasing their fourth European title to put them tied with Bayern Munich and AFC Ajax for fourth in all time wins (only Real Madrid, Liverpool FC, and AC Milan would remain ahead of them). Maybe them most prominent is the history between the two sides. Barcelona beat United in Rome to capture the Champions League in 2009 but over 10 games in their history each team has won three games with the remaining four ending in a draw. Of course we all know there will be a winner on May 28th at Wembley.

Back to La Liga where Lionel Messi and Cristiano Ronaldo seem determined to make sure we go into the offseason with little doubt in our minds as to who the world’s best two players are currently.  I will not get into the discussion of who is the better player but the last two league games will see them duke it out for some very impressive records. The race for the Pichichi for La Liga’s top goal scorer is Ronaldo’s to lose with two games remaining. In the last two games he has scored sevengoals to open up a five goal lead on Messi. But as we have seen all season, five goals is easily erased by the likes of these two superstars. Both players have broken the previous record of most goals in a season by a La Liga player and both are currently tied at 49 goals for their respective clubs this season, which means the last few games of the season will decide the winner of this year’s European Golden Shoe award. Lionel Messi has a chance at creating a new record, he just needs one goal in the Champions League final to equal the record for the most goals scored in one Champions League season (held by Ruud van Nistelrooy, 12 goals in 2002/03). Two goals in the final would set a new record.

With the title remaining in Barcelona for another year Guardiola can give the likes of Xavi, Puyol, Abidal, and frankly anyone else that he deems could use the rest some time off. Messi is likely to feature because of the goal scoring race but other than that all bets are off as to who gets the start. I would bet that a number of youngsters from La Masia get some senior team experience. I would look for Thiago Alcantara to get at least one start in the remaining two matches. The youngster has been massively impressive in his four starts this season with two goals and some great creative play. His Barcelona B teammates Jonathan Dos Santos and Sergi Roberto could each feature beside Thiago in midfield at different points in the final two matches. In attack we will likely see more of Ibrahim Afellay who is still searching for his first La Liga goal. Bojan Krkic has returned from injury and he and 17-year old superkid Gerard Deulofeu could both feature for the Blaugrana. They might both come off the bench however as Guardiola will want to give David Villa the chance to regain his goal scoring form before their trip to Wembley.

So you see Cules, we have many things to look forward to in the remaining weeks of the season.

One thought on “Why, With the Title Race Over, La Liga is Getting More Interesting”