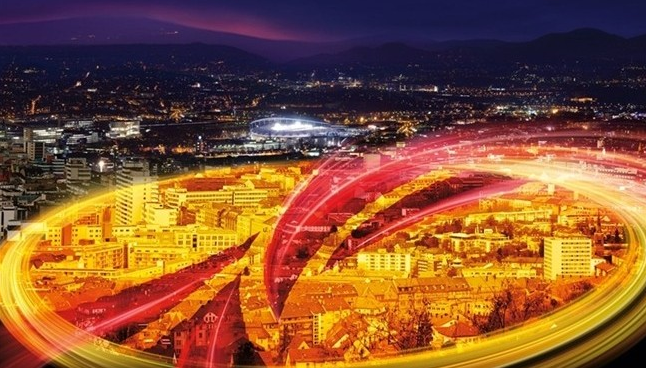 The Europa League is known for its bad press, an unpopular competition it seems to all but Andre Villa-Boas. The Spurs manager is enthusiastic about the competition he won as Porto manager and rightly so as it’s a prestigious European trophy.
Alan Pardew was quite right when he made the comment that the Europa League is harder to win than the Champions League. The Champions League can be won solely on luck, the Europa League is a competition where careful planning is the strategy.
The Europa League knockout stage should be a quality contest, the quality is very high this year with the likes of Napoli, Lyon and Anzhi competing; all teams that amongst the top dogs in their country. Top players are there for all to see, including Edison Cavani and Radamel Falcao, the two hottest strikers in European football. Anyone who says the Europa League has no quality, is a ‘misinformed fool’.
The Europa League is exciting on a level that allows teams to build in European competition. Anzhi and Metalist Kharkhiv are teams very much on the rise in their respected nations, backed by big investors, and it is certainly interesting to see their rise on the continental stage. A victory for one of these two in the final would certainly send a message to European football, similar to that of Zenit in 2008.
Liverpool and Tottenham are building for a future in the Champions League. Brendan Rodgers is attempting to build a dynasty at Liverpool and the Europa League allows him to give European experience to youngsters as well as allow him to see his footballing philosophy in practice. Andre Villas Boas’ attitude to the competition is good to see, clearly passionate as a coach. The emphasis he puts on doing well in it is refreshing. As Tottenham build for a top four finish, the Europa League gives a pointer to how smoothly it might go in the Champions League.
As well giving a chance for teams to build, it also opens up the chance for teams to rejuvenate themselves. Zenit and Chelsea are two teams in need of a rebuild. Tensions are running high in St Petersburg with Hulk unhappy with the current situation, and it hasn’t gone as smoothly for Zenit in terms of their new ‘flash’ signings settling in. The Europa League gives them a basis to work upon their faults and keep prevalent on the European scene.
Rafa Benitez’s popularity isn’t high at Chelsea after weeks in charge, and the signs are still present in their masses for him to leave. A win in the Europa League would certainly boost his popularity in West London to some degree, and the competition gives him a chance to make his case for the Chelsea job on a permanent basis.

2 thoughts on “Why the Europa League is a good competition.”