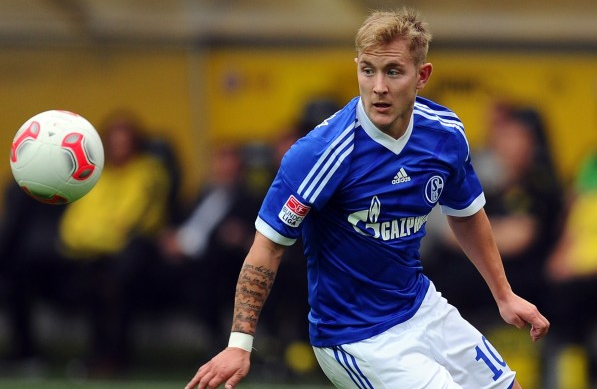 Audere et Facere. “To Dare is to Do” is the club motto of Tottenham Hotspur. Telling Spurs to follow their motto and sign Lewis Holtby is the right option, but it is not even a great risk, spending where Holtby would arrive for free in the summer.

In relatively simple economics, there is a concept known as ‘opportunity cost’. Opportunity cost is the cost of an activity summed up as the value of the next best choice. Whilst opportunity cost is not the be all and end all of decision making, the concept is why Spurs should take advantage of the immediate availability of Lewis Holtby in this window.

The cost of buying Lewis Holtby immediately is supposedly a mere €2m (£1.6m) according to Bild. In terms of opportunity cost, this would mean the removal of £1.6m that could otherwise be spent on other players during January. Given the general market for players in January, and the fact that this sum is clearly a minimal amount for a player of Holtby’s talents, it is relatively negligible. Spurs will not find a better player available to spend this amount on either now or in the summer. On the other hand, the potential cost of not signing the 22-year old now is great. The first, and most obvious issue with not bringing him in during January is the fact that it would deprive Tottenham of half a season’s playing time with one of the world’s better footballing prospects. The German international would be a worthwhile addition for basically any team challenging for a continental competition worldwide, and it does not make much sense for a team pushing hard for the financial benefits of the Champions League to ignore the value that adding immediately Holtby would bring. An injection of new blood, Holtby would provide a boost and a change to what is one of the Premier League’s form teams.

When the specific nature of their squad is looked at, Spurs especially could do with a player of Holtby’s ability and position over the latter half of the season. With a taxing Europa League campaign to take place alongside their push for places in the upper echelons of the Premier League, Holtby would come in very handy. Spurs have suffered significantly whenever Gareth Bale has not been available this season, winning only half of their matches without the Welsh winger, where they have won 11 of the 18 they’ve had him for in the league. He has the ability to unlock teams, with the opposition often committing many players to marking him, allowing others to exploit the space available to them and benefit.

As much as this is due to Bale’s own ability, it is also due to the lack of options Spurs have in cover. Only the predominantly right-sided Aaron Lennon within the rotation of first-choice players can also play on the wings. The likes of Andros Townsend are raw and not yet at the level required for first team football. As Spurs have come to prefer a 4-4-2, Holtby would likely line up on the wings, and it is here that Spurs do lack genuine options, with the likes of Dembele and Dempsey looking as uncomfortable out wide as Harry Redknapp does at a book club. Whilst Holtby has played primarily in the hole for Schalke, he spent a season on loan at Mainz, impressing in the wide positions. He would therefore, aside from his abilities elsewhere, provide cover and competition for both Bale and Lennon, primarily Bale, and therefore be of huge value.

Given Villas-Boas’s understandable and respectable desire to win the Europa League, a competition he holds so dearly, whilst simultaneously qualifying for the Champions League, Holtby is a necessary addition. The Europa League is difficult enough to prosper in, given the potential addition of nine games to the calendar in the second half of the season, even when the pressure to finish in the top four of the Premier League is discounted. As Holtby would be eligible for registration in the Europa League, it would allow Villas-Boas to rest other key players or provide rested players in these games and the FA Cup, as Holtby would fit in across the line behind the strikers and in midfield.

Villas-Boas has also shown an unhappiness with his squad over the course of this season, often including youth players such as Iago Falque and Tom Carroll to make up the bench. Whilst it is acceptable to blood youth, it has often come at a risk to results. Unfavoured players such as Jake Livermore have also been forced to make the occasional appearance. Spurs could simply do with an increase in the numbers of top quality players in their side.

Holtby, in terms of raw opportunity cost, should be snapped up by Spurs for the asking price. Whilst it would cost money to sign him now, stopping them spending the low fee elsewhere, the cost pales in comparison to the value of qualifying for the Champions League, something that Holtby would massively help with. It literally makes no sense for Spurs not to take the plunge on Holtby now, dive off the diving board, rather than waiting 6 months and potentially missing out on a series of prizes due to having a slightly imbalanced squad. Tomorrow’s jam will not appear, some better prospect will not appear suddenly before the transfer window shuts to improve Tottenham Hotspur’s squad or first team. The sensible option in all regards is to snap Holtby up.

3 thoughts on “Why Spurs should sign Lewis Holtby now, rather than waiting for tomorrow’s jam”