There are some things which are common knowledge in football, statements which if uttered elicit a “well duh” reaction – things like ‘Manchester United’s midfield is below-par’ or ‘Joe Kinnear is not a very good at public relations’ – its one of the beauties of football that even in these uncertain times there are narratives that we, as fans, can all get behind – in a way like the storylines’ of Coronation St. or Eastenders. 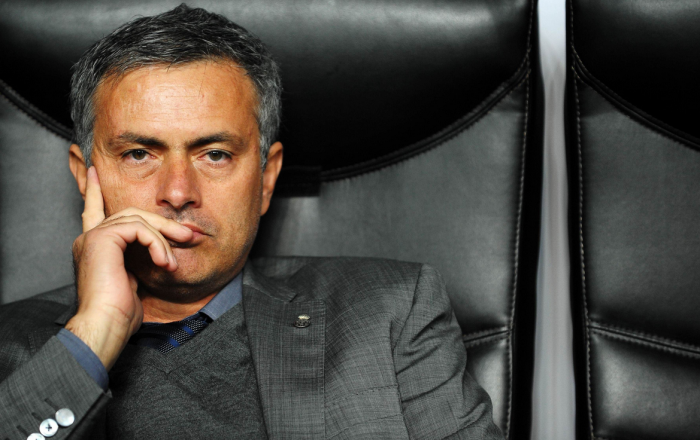 with strikers. This week the Chelsea manager José Mourinho was recorded confirming as much in with French television station Canal +, which the apparently angered Chelsea boss claimed was an ‘off-the-record’ comment not for public consumption. I say ‘apparently angered’ because it is my belief that a man such as Mourinho who has conducted hundreds, if not thousands, of interviews and is generally considered to be a man who carefully plans every play he makes in the media would not be as naive to let something like that slip – to my mind this was a message to Roman Abramovich to get his wallet ready.

Whilst Chelsea are top of the table as it stands their statistics show that it is more by a virtue of their superior defensive solidity – itself a trademark of Mourinho teams- rather than attacking prowess. Of the top four in the Premier League they have scored the least and drawn the most – and those statistics equate to a real difference when you consider only four points separate those teams. A case in point that Chelsea have a goalscoring issue is the goal-less draw with West Ham last month. The home team had an incredible 39 attempts on the besieged West Ham goal yet failed to score and (according to Squawka.com) the two worst performances for the home side were their strikers – Samuel Eto’o and Demba Ba.

So what of the options available to Chelsea to solve their goal problem? This being a World Cup year it will be the worst possible transfer window in order to source a striker – as pointed out in ‘Soccernomics’ by Simon Kuper and Stefan Syzmanski – prices become inflated, agents more demanding and with every scout in Europe feverishly jotting down names demand for players rises enormously. So more than likely they will attempt to identify a striker now in order to swoop in before the feeding frenzy starts. So with the already inflated prices and the spectre of Financial Fair Play looming it is crucial that is Chelsea are going to spend a huge amount of money on a striker is it absolutely key that Chelsea identify the right striker for the team.

Let me digress slightly to address the ‘Pope is catholic’ statement I made in the second paragraph with the aid of some numbers. In the Abramovich era – that is since he took ownership of the club in 2003 – Chelsea have spent a total of £183,600,000 on strikers – ten strikers in total. A significant number particularly when you consider that is just the fees paid to other clubs – it does not include wages. That said in the same period Manchester United spent £127,350,000 on strikers (and yes I am including Cristiano Ronaldo in that figure) so not a huge gulf between the two clubs. The real difference however is when you compare the return each club received in the form of goals for the monies they paid out, after all that is the core motivation in buying a striker – to score goals (In other news bears do their business in the woods).

Crunching the number shows that for every goal scored by a striker signed by Manchester United in the ‘Abramovich era’ they paid approximately £225,000 per goal, which some may feel is a significant amount in itself. However, in the same period, the cost of the strikers Chelsea signed versus the goals they scored equates to approximately £548,000 per goal – over double of what could be considered their most consistent rivals paid. This is where the reality is drawn into sharp focus – Chelsea need not just any striker, they need the right striker.

And the considered the long-term favorite to become the center-piece striker at Stamford Bridge is Columbian Radamel Falcao, an opinion that seemed to be further validated by the AS Monaco striker being name-checked in Mourinho’s ‘leaked’ interview. Personally I suspect some mis-direction on Mourinho’s part, and even if he is sincere in his desire for the Columbian I believe it would be a poor choice.

Falcao had an undeniably stellar spell at Atlético Madrid and in his last season in Spain he was one of ,if not the, top 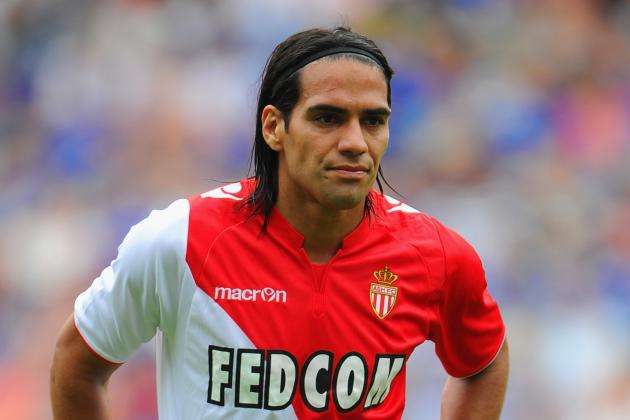 performers for the club – there was no denying his talent then. However since then one could question the player’s motivation in moving to a sub-standard league for a bumper pay-day. His goal-scoring talent was still evident in the first half of this season – but anyone who has watched AS Monaco (or PSG for that matter) in Ligue 1 will know that many games are little more that exhibition games, such is the gulf in talent and bank balances.

Just one season playing against sub-standard defenses is enough to dull a striker’s reactions and blunt his skills. And to add to this insult of talent there is now injury, which has ended his season prematurely and may prevent him representing his county in June. At Falcao’s age (28) Chelsea gambling on his propensity to recover from serious injury is a risky move – and one they know all too well with the failure of Fernando Torres to live up to his record-breaking transfer fee.

The Torres experience should have also taught Chelsea a valuable lesson in buying a striker – their abilities are not interchangeable between clubs. Yes injury has played a part in the Spaniard’s diminished ability but there is huge credence in the idea that Torres’ diminished goalscoring actually began at Liverpool when Rafa Benitez hounded Xabi Alonso out of the club in his short-sighted pursuit of Gareth Barry. When Alonso was at the club it was his range of passing – the plentiful through-balls from deep – that Torres thrived on. Torres, when at a Alonso-less Liverpool and then at Chelsea, could not adapt to the supply coming higher up the pitch, often inside the penalty area with his back to goal.

This style of play, instigated at Chelsea with players such as Lampard and perpetuated by Mourinho in his high pressing trio of Oscar,Hazard and William means that the striker needs to have the skill to operate within close quarters. And one player above all that has shown the requisite ability to do that is Luis Suarez.

The more you look at the Uruguayan’s statistics the more you see how well he would fit in to the Mourinho style of play. His close control and ability to turn make him ideal to play in the box receiving quick ball from the trio of attacking midfielders. And this season his support play has been a key part of Liverpool’s attacking play (Suarez has created 65 ‘goal-scoring chances’ this season – Squawka.com). Suarez’s defensive actions may not be the highest for a forward in the Premier League (Jonathan Walters tops that competition) but they do show a willingness to track-back and do some of the donkey work – an unwillingness to do so apparently one of the reasons Juan Mata now resides in Manchester. 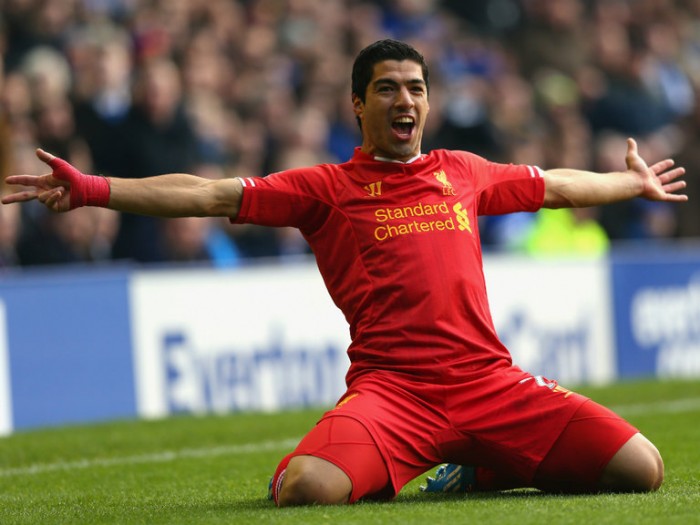 Is the prospect of Luis Suarez donning the blue of Chelsea a realistic prospect? So much of people’s confidence in Liverpool keeping the Uruguayan seems to hang on the clubs entry into next years Champions League – there is no doubt failure to do so will see Suarez handing in his papers. But to my mind even Champions League football may not be enough for him to remain at Anfield – with the want-a-way statements last summer and the uneasy truce that followed Suarez’s relationship with Brendan Rodgers and Liverpool has seemed to be a marriage of convenience, an unfaithful couple staying together to keep the mortgage paid.

And Liverpool fans may balk at the idea of their star-striker being sold to a domestic rival, but it happened once before – and with a bid of £70-odd million even the most staunch kopites may have will tested.