It would not be an overstatement to say that Liverpool Football Club’s season hasn’t exactly gone to plan thus far. From battling for the title right up until the final hurdle last season, to floundering in the middle of the pack this time out, a lot has happened at Liverpool in the last 12 months or so. If you thought the reds league form was shockingly bad prudence would suggest you don’t even lay an eye on their horrendous Champions League group campaign.

Today, the wage bill of Liverpool Football Club was leaked online and it is fair to say some of the salaries certain players are on is absolutely mind boggling. The squad as a whole has underperformed, with the only positive note this year being a Capital One Cup semi-final run, but even at that these figures remain astonishing and are guaranteed to leave football fans shell shocked. Many of these high figures that some of these so called stars are earning on a weekly basis, certainly don’t speak for their contributions on the pitch.

These players are stealing a living at the club. They are earning five and six figure pay cheques, something a lot of ordinary people don’t even earn in a years work, in return for half hearted performances. Lets take a look at some of the kopite players who are earning more capital than what they are worth to the team.

Let’s take away the fact that he has been on the sidelines for a period of time with injury and look at the reality, he is a liability. To be quite frank, Glen Johnson never excelled as a defender, his first line of duty. However, there was a time when opposition teams used to hate the sight of Glen Johnson running down the right flank on collision course with them. Those days are over and Johnson is now being exposed more than ever for his shocking defensive abilities. A perfect example this campaign would be the 3-0 away defeat at Manchester City. Johnson was giving the ball away cheaply and being run a-mock by the City wingers. His contract expires in the summer and despite a massive backlash from reds supporters on social media, Brendan Rodgers looks set to offer one of his old favourites a fresh new deal. It will be very interesting to see what Glen is earning when he puts pen to paper on a fresh new deal with the club. There might have been a time where the England international was worth £90,000 a week, but that time is certainly not now.

Sixteen million pounds may sound like a bargain for a player that has shown spurts of quality throughout his troublesome career but, unfortunately for the Italian, Liverpool were expecting quality from him on a week-in week-out basis, much like a certain Luis Suarez accomplished, and he simply hasn’t delivered or gotten anywhere close to delivering a killer impact in front of goal. In 19 appearances for the reds, Mario has only managed to net two goals and is yet to register a ground breaking strike in his second coming to the Premier League. The two goals he has claimed, came in Champions League and Capital One Cup action. I shall emphasise that this record shows that Balotelli isn’t fit to even lace up his predecessor, Luis Suarez’s boots. He is not worth the trouble and unrest he brings with him to any club he finds himself apart of. There have been calls for the Italian hitman’s head but it looks as though Rodgers is going to give him until the end of term to prove his worth. Sorry Kop fans. 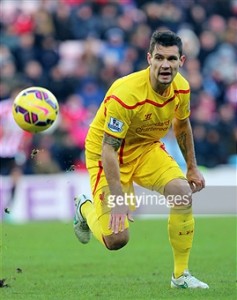 Sell vice captain, Daniel Agger to Brondby for five million pounds and replace him with Southampton’s Dejan Lovren for £20 million. While Balotelli has been lack luster in his role of scoring goals, the exact same can be said about the Croatian in his job of keeping them out. Statistics show that Lovren is the most error-prone centre half in the entire division this season. That says an awful lot when you take into account some of the average centre backs that are plying their trade for the lower ranked teams in the league. The communication between him and partner Martin Skrtel is simply not there, his positioning is off at times and we’ve seen first hand that he is suspect to mis-timed challenges. It took multiple shaky performances before Brendan Rodgers realised this guy was costing Pool a high price in an already faltering defence. The boss finally took the initiative to drop Lovren and slot in the slightly steadier Kolo Toure. It says a lot for the 25-year-old if he makes Kolo Toure look like he is in his prime once more.

Jose Enrique missed the entire title charge last season due to a long term lay off with injury. The left back has since returned to his duties this season and he looks a mere shadow of his former self at best. The Spaniard used to provide Liverpool with genuine quality from left-back. Whether it be out-muscling the opposing winger or dribbling up the wing with the ball at his feet, Enrique used to have it all. Nowadays, he looks sluggish, a tad overweight and he genuinely looks like he is struggling to keep up with the rapid pace of the game. His days as a Liverpool player appear to be numbered as his Spanish compatriot, Alberto Moreno, looks to be the preferred long term option in his position. £65,000 per week is simply too much to be forking out to a utility player. 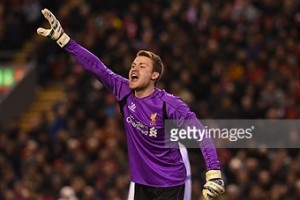 Liverpool have had some great goalkeepers down the years – Ray Clemence, Bruce Grobbelaar, Pepe Reina to name a few. However, a certain Belgian custodian doesn’t match the criteria to enter this illustrious group. Perhaps Mr. Mignolet is more suited to the Jerzy Dudek club. Many deemed Mignolet as the weak link in a strong title contending Liverpool team last term and just as many are blaming him for the side’s mass leakage of goals in the current one. Even the legendary Bruce Grobbelaar himself put the the blame on the Belgian. Mignolet is the polar opposite of what you would call a confident goalkeeper. He looks nervous competing to catch the ball in the air, Liverpool fans have collective panic attacks whenever one of his protectors pass the ball back to him, his kicking is atrocious and his handling is something to be weary of. He is a half decent shot stopper but the famous names I listed as part of the elite club above were a lot more than that. Simon will have to buck up his ideas if he is to have a long term future guarding the Liverpool net.

Lambert may possess the love for the club but he certainly does not have the skill set in his locker to be a player to be remembered at Anfield. He contributes little to nothing when he is featured up top. Rickie just looks like a big immobile striker who is unable to get in behind defences like Raheem Sterling can. He is contradictory to the Brendan Rodgers philosophy which makes his £4 million summer acquisition appear very odd. You might add that $45k a week isn’t a lot at a club like Liverpool, but this wage is probably the highest Lambert has ever received considering he was playing non-league football not so long ago. 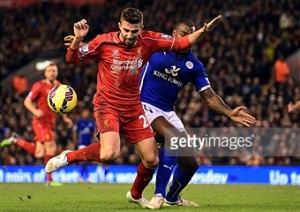 As it stands Liverpool currently have four senior strikers. Three of the four are on this list. Something is going wrong somewhere and it is not just the defences fault this time around. Borini was the very first purchase Brendan Rodgers made in his tenure, costing £11 million.  An injury plagued début season followed by a year out on loan  with Sunderland means there hasn’t been a lot of Fabio Borini for Reds supporters to see. When he has been around, like at times this season, he has looked a very average player.  The odd cameo goal here and there isn’t enough to win over the passionate fans of the Kop. Liverpool were offered £10 million for his full time services by Sunderland. If I was Ian Ayre I would have shook hands on the deal and sent the Italian packing, it never happened. Then, West Ham came in with a £14 million bid for the forward. That too was declined. instead, Mr. Borini, much to the dismay of everyone connected to Liverpool Football Club, decided to stay and fight for his place in the team. 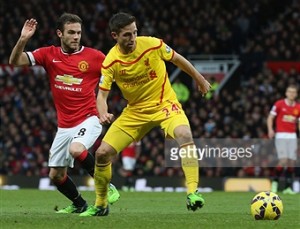 ‘The Welsh Xavi’. To his credit he did put in a string of honourable displays last term but this year he is beginning to face the criticisms he received back in his first season in a red shirt once again. Allen is criticised for the little impact he imposes on a game. He boasts a very high pass completion percentage rate but the argument is that the vast majority of these completed passes are just knock backs to his defence or goalkeeper. Despite his minor contributions he is still a regular in the squad and is branded ‘Rodgers’ pet’ by many supporters. The Welshman’s presence wouldn’t be overly missed if he was to walk out the Anfield door in the morning.

It should be noted that skipper, Steven Gerrard is on a whopper three figure sum of £140,000 a week. He is not the player he once was but his legendary status of one of Liverpool and England’s greatest players ever sees him immune from this list. Martin Skrtel takes home £90,000 each week. Skrtel hasn’t been on top of his game this season but his past contributions to the club, which include a player of the year award, means he strays away from this article

When you take a look at Liverpool’s position in the league and their dismal first Champions League campaign in five years, that concluded with just the sole victory over a team that fans have branded “a Bulgarian pub team”, it is evident that not everyone is pulling their weight in the side. If the Reds are to surge up the table to a more respectable position for their standards, some of these players will need a good wake up call to start justifying their large incomes.

I love to play football, coach football and most importantly write about football. I ply my trade for Wicklow Rovers in the Leinster Senior League and coach a team in the same club. I write for my local newspaper, the Wicklow/Bray People where I provide coverage of local soccer, as well as BackPageFootball.Com.

3 thoughts on “Who’s robbing the bank at Liverpool?”