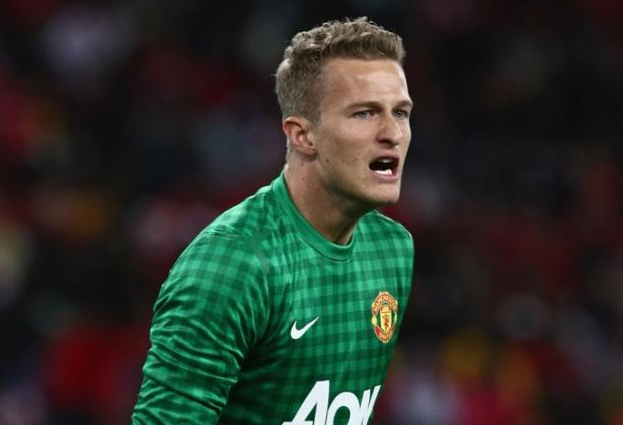 In tampering with the number one slot, Sir Alex Ferguson has created an unnecessary selection headache that may dominate this season. After an undoubted shaky start last year, David de Gea can surely feel aggrieved by his demotion to Anders Lindegaard, which has left both unsure of their position in the team.

The purchase last year of De Gea at such a young age was a definite risk by Manchester United, and the teen also had the added pressure of replacing the cool and assured Edwin van der Sar. He started worryingly with an instant error to West Bromwich Albion and, despite on numerous occasions showing his great shot-saving ability, never looked secure between the posts, especially vulnerable to the high ball, which some teams purposely targeted.

Anders Lindegaard came in after a fumble gifting Blackburn Rovers a winning goal on New Years’ Eve cost De Gea his place, but the Dane sustained an ankle injury in training which ruled him out for the season. This turn of fortune redeemed De Gea who overall had a stable and successful end to the campaign, galvanised particularly by a sensational save in the last minute from a Juan Mata free-kick in a three-all thriller.

The Spaniard started this season well enough; preventing the dominant Everton from scoring more than the one they got in the opening game. The following week, a flap at a Fulham cross resulting in a Nemanja Vidic own goal put the spotlight back on the keeper’s flaws. Ferguson responded to this by dropping him for the next two against Southampton and Wigan Athletic.

This decision is too short term and reactionary and could now hinder the morale of both keepers and stability of the team. Petr Cech was not dropped despite some difficult moments last season, and repaid faith placed in him by being integral in their Champions League victory.

Ferguson would argue that he is treating his goalkeepers as he would with any other position by using rotation to create healthy competition that could force both players to raise the game, as he has done with the purchase of Alex Buttner to keep Patrice Evra on his toes for example. However, the goalkeeper position is the one on the pitch where this rotation may not be advantageous. Both keepers now know that any slight mistake will result in being replaced. Like at Tottenham Hotspur, it is hard to imagine either man content to take the typical muted and dependable role of the reserve keeper.

It is undoubted that Ferguson still does not trust De Gea and views Lindegaard as more suited to the physical element of the Premier League. The Dane played against Liverpool who, despite changing their tactics away from the kind that featured Andy Carroll last season, hoped to pose an aggressive threat from set pieces. Lindegaard has had the advantage of conceding unstoppable goals thus far, (two Southampton headers) and of mistakes not leading to goals, such as tamely punching a Southampton cross that was not punished.

De Gea often makes high-profile mistakes, i.e. ones that lead to goals, but it is he who has so far saved his team more palpably. A terrific double save against Galatasary, that encapsulated his excellent agility, ensured that United scraped to an opening victory in Europe. His distribution is also much better.

Maybe Ferguson himself is unsure who his first choice goalkeeper is. Whilst Lindegaard possibly has a personality better suited to Old Trafford and is more solid in the air, De Gea has showcased already his ability to make world class saves. Both are obviously competent goalkeepers but their continued uncertainty over their position in the team could lead to them becoming nervous and capable of errors, which is something that only their manager can eradicate.

2 thoughts on “Who is Manchester United’s number one?”