Can you believe it? We’re just less than a month away from the start of a new English Premier League season and excitement is building for the return of the world’s most popular league.

Chelsea will head to the new season with momentum on their side after capturing the league title in record fashion. The Blues led the Premier League table for a record 274 days last season, surpassing the 262-day mark set by Manchester United back in 1993-1994. 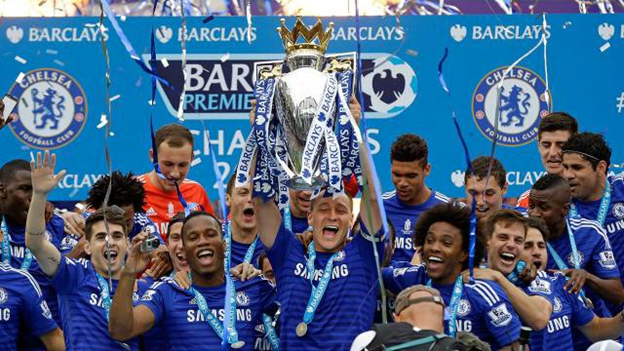 Things won’t be that easy for Chelsea this time around, though, as their main rivals have restocked and reloaded for the upcoming season. Arsenal’s bid for a first Premier League title in 12 years got a major boost when they signed goalkeeper Petr Cech from their London rivals this past summer.

The £10 million transfer is a major coup for manager Arsene Wenger who has finally recruited a goalkeeper worthy of Arsenal’s number one shirt for the first time in 12 years.

Cech, who became only the sixth Chelsea player to directly move to Arsenal, is a proven winner, having won 13 titles for the Blues in his 11-year stay there. And even though he saw limited action in Chelsea’s league campaign last season, he definitely played a part in the Blues’ record-breaking title conquest.

The Czech international only conceded twice in seven appearances for the Blues in the Premier League last season as Chelsea won all seven of those matches. Blues captain John Terry said in a recent interview that Cech could be worth up to 15 points a season to Arsenal.

The 33-year-old is still one of the best goalkeepers in the world and his experience will be vital for Arsenal as they look to end their long Premier League drought. Recent odds updates from soccer betting site topbet.eu show Arsenal as +450 favourites to win the league title this coming season.

It’s not just Arsenal who are making some noise in the transfer market this year. Both Manchester City and Manchester United are sparing no expense in their quest to regain the Premier League crown this season. The Citizens are expected to spend in excess of £100 million on new signings this summer after having their transfer restrictions lifted by UEFA.

Manchester United, on the other hand, are rumored to be closing in on Real Madrid captain Sergio Ramos as they look to shore up a defense that conceded 37 goals in the league last season. The main concern for manager Louis van Gaal, though, is the uncertainty surrounding goalkeeper David De Gea who’s angling for a move to European giants Real Madrid.

De Gea has been a stalwart for the Red Devils defense the past couple of seasons so his possible departure will be a bitter blow to United’s bid to win a record 21st league title.