Are there some teams on course to benefit from the delay of Euro 2020? Here, Peter Watton, from matched betting specialists OddsMonkey, takes a look at which countries could actually have a better chance at glory in 2021. 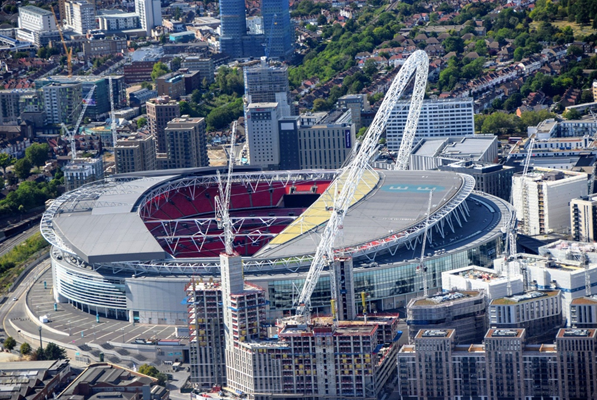 It’s official: Euro 2020 is delayed until 2021 due to COVID-19. While it’s hugely disappointing not to have a feast of football this summer, the circumstances are, unfortunately, unavoidable. And, with a whole year to wait, it’s going to be a long 12 months for fans across the continent.

Though most will consider the delay a blow, especially supporters of hot favourites like France and Portugal, there will be some teams that are secretly relieved they have extra time to prepare. There are quite a few nations with an injured star player, poor form, or an inexperienced squad who will be secretly happy at the thought of Euro 2021.

Here are five countries set to benefit from the delay to Euro 2020.

Belgium have had a few good years, with a third-place finish at the 2018 World Cup and a surge to the top of the current FIFA nation rankings. So, why would they benefit from a delay?

Anyone who has followed goings on at Real Madrid this season will know that Belgium’s talisman and captain Eden Hazard has been out of sorts since moving in 2019. He’s spent a lot of time injured, getting back to fitness, or underperforming, so an extra year to get back on track will be welcome.

The delay is a blessing for Belgium. Even though they have a squad brimming with talented players like Romelu Lukaku, Kevin de Bruyne, and Thibaut Courtois, when Hazard plays well, he lifts the whole team and they look like real contenders.

With a few disappointing years behind them, the Netherlands were looking to improve at Euro 2020, thanks to a young squad full of up and coming talent. Finishing as runner up in the Nations League in 2019 was perhaps a sign of things to come, so it stands to reason that the delay of the European Championships would hamper that progress?

Well, not if you consider the fact that the two best Dutch forwards in the squad — Memphis Depay and Steven Bergwijn — both suffered long-term injuries that would have kept them out of the squad for the tournament. The forward line looks quite threadbare without them, so the delay is a positive if the Netherlands want to pose a real attacking threat.

On top of the injuries, the team also has a few young and talented players looking to break into the first team at top clubs in Europe. The delay will provide the likes of Matthijs de Ligt (Juventus), Frenkie de Jong (Barcelona), and Justin Kluivert (Roma) time to become household names.

Despite winning the World Cup in 2014, things have never really reached the same heady heights for the Germans since then. Many players from that world-conquering generation are either in the back end of their careers now or already retired, meaning that a new batch of wünderkids need to step up and become a real force.

Thankfully, with a delay of 12 months, it gives the likes of Josh Kimmich, Julian Brandt, Kai Havertz, and Timo Werner time to mature into experienced pros able to compete at the highest level of international football. Watch this space!

England were actually one of the big favourites for Euro 2020 at one point (at least in England), with a dynamic squad and a distinct home advantage. However, injuries to key players and a wobble in form have seen many supporters sighing with relief at news of a year’s delay.

Things started to look a little bleak when Harry Kane and Marcus Rashford both suffered long-term injuries that threatened their participation at the tournament. An extra 12 months should see those two players up and running again for 2021.

The Three Lions are also in a similar situation to Germany and the Netherlands, where there is a core of youngsters looking to establish themselves at the highest level. With extra time to become first team fixtures, players like Mason Mount, Phil Foden, and Callum Hudson-Odoi will look to take their chances next year.

Rather than pick another successful side with injury problems or a younger squad, for my last choice I’ve gone for Norway. They might not be the most obvious team to highlight, and there’s a chance they might not even be at the tournament if they don’t win their qualifying play-off, but they will certainly be looking to make an impact.

Simply put, many experts believe Norway are about to produce a golden generation of players who will transform their chances at major tournaments over the next decade. Young stars like Martin Ødegaard, Kristoffer Ajer, Emil Bohinen, and Sander Berge are already establishing themselves in Europe or being tracked by bigger clubs. However, the real one to watch is Erling Braut Håland, the 19-year old wonderkid who plays for Dortmund and has 40 goals in just 33 games this season. He is certainly expected to be the player who leads Norway in the years to come.

With an extra year to wait before Euro 2021, this precocious Norwegian side have time to get even better. If they make it to the tournament, expect them to cause a few upsets next summer.

After the big delay, many teams won’t be too disheartened by the prospect of a Euro 2021 rather than Euro 2020. Keep an eye on these five teams next year — I wouldn’t be surprised if any of them went all the way.