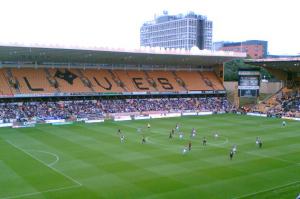 Less than 15 months ago, Wolves’ chairman Steve Morgan sacked Mick McCarthy as manager with the club having just slipped into the Premier League relegation zone on goal difference. How Morgan must regret that decision now.

Yes, Wolves had endured a miserable run of just one win from 13 Premier League games but Big Mick had overseen the club’s rise from the lower reaches of the Championship when he took over back in July 2006 to secure promotion on a comparatively meagre budget followed by two consecutive and successful campaigns in the top flight with the club still in the midst of their longest run in the top fight for 30 years.

McCarthy was sacked on 13th February 2012, the day after Wolves had been hammered in the Black Country derby against local rivals West Bromwich Albion at The Old Gold club’s Molineux home. The club had endured a very poor run and that result – against their closest and bitterest rivals – meant that the pressure was intense on the Wolves’ board to sack McCarthy as jeers and boos cascaded from the stands towards the end of the game and for some time after the final whistle of the crushing defeat to The Baggies. McCarthy was indeed sacked less than 18 hours after that defeat.

In the immediate aftermath of McCarthy’s sacking, leading Wolves’ players including record signing Roger Johnson and Steven Fletcher took the unprecedented step of speaking to the media to say that the players deserved to take much of the blame for the club’s plight and that they felt that McCarthy could have turned fortunes around and ensured the club’s Premier League survival for a third consecutive season.

Following a protracted interview process, where the Wolves’ board – led by Steve Morgan and Jez Moxey – interviewed many “top names” (according to the club themselves), McCarthy’s assistant Terry Connor was eventually appointed as manager with 12 games of the season remaining.

Connor (or ‘TC’ as he is affectionately known) is well reputed as a coach, but a manager he is not. Wolves proceeded to garner just four points (which included zero wins) from their remaining 12 Premier League games of the 2011-’12 season and their relegation was mathematically confirmed with three games of the season still to play as the club slipped out of the top flight with their tails between their legs some 12 points adrift of safety by season’s end.

Things needed to change in the close season and the Wolves’ board recruited Stale Solbakken, who had himself just left FC Köln, who had themselves just been relegated from the German Bundesliga when Solbakken ended his time there.

The Norwegian would last less than six months in charge however. With Wolves having slipped to 18th in the table and the edge of  the Championship relegation zone following the club’s fourth successive defeat, the former Norwegian international was relieved of his duties in early January.

Shortly after being sacked the 45 year-old spoke bitterly to the press stating:  “I have no confidence in the owner (Steve Morgan).

“Morgan hired me because he wanted to build a new culture, create a new identity and make sure the club wasn’t ridiculed if given another chance in the Premier League.

“It was surprising that he thought this would be done in 15 minutes.

“My intention was to build a team over three transfer windows, but he got tired and went back to the previous culture.”

Morgan moved quickly to appointment a new manager following Solbakken’s departure. Former Liverpool striker Dean Saunders had overseen Doncaster Rovers’ relegation from the Championship into League One at the end of the 2011-’12 season and was happy to take over at Molineux, where he was appointed less than five days after Solbakken had left.

Saunders’ arrival appeared to offer an initial fillip to the players as Wolves secured two draws from his opening two games in charges. The club would go on to garner just 18 points from the remaining 18 games of the season though and, in a season where the survival points threshold was higher than ever before, Wolves 51 points was never likely to be enough as Saunders’ men collapsed through the Championship trap door with three feeble defeats from their final three games of the season. The attitude with which Wolves’ players surrendered their Championship status must be of concern to the club’s fans.

It is true that Wolves’ (and indeed bottom placed Bristol City’s) points total would have been enough to avoid relegation last season, but not many will cite that as an excuse for a club the majority of whose players have considerable Premier League experience as well as enjoying sizeable parachute payments having been relegated from the top flight.

Certainly not many fans of the Old Gold club will look for any excuse for the club’s fall from grace as several thousand supporters invaded the pitch at the end of the tepid 2-1 defeat to Burnley at Molineux last weekend as dozens of arrests were made with a number of people still being sought for arrest by police as Wolves’ relegation to League One was all but mathematically confirmed.

Wolverhampton police will likely be very thankful that that final game of the season (a feeble 2-0 defeat at Brighton meaning the club eventually finished four points adrift of safety) was not at Molineux as further scenes of mayhem would more than likely have ensued at the final whistle.

In an ironic twist of fate, Mick McCarthy’s new charges Ipswich Town secured their Championship safety on the very same day that Wolves’ relegation was all but confirmed (that being the penultimate weekend of the season following Ipswich’s win over Birmingham and Wolves’ defeat to Burnley).

McCarthy took over The Tractor Boys back on 1st November with the Suffolk outfit rooted to the bottom of the Championship table, some seven points adrift of safety having played 13 games of the season before McCarthy’s arrival. The club has gone on to accrue 53 points from the 33 league games under McCarthy’s stewardship this season – form which would have had Town in fifth place had it been maintained from the start of the season. There is surely little doubt that Wolves would have been nowhere near the relegation zone had McCarthy overseen their fortunes for the Championship season just ended.

So where to next for Wolves? Which players should stay and which should go? Should Dean Saunders continue as manager? Club owner Steve Morgan took charge back in summer 2007. A Merseyside native, the Liverpool fan stated upon his acquisition of Wolves that he “had had a heart transplant – from Liverpool to Wolverhampton.” Many Wolves’ fans will now wonder if Morgan’s heart now needs to be transplanted some place else.