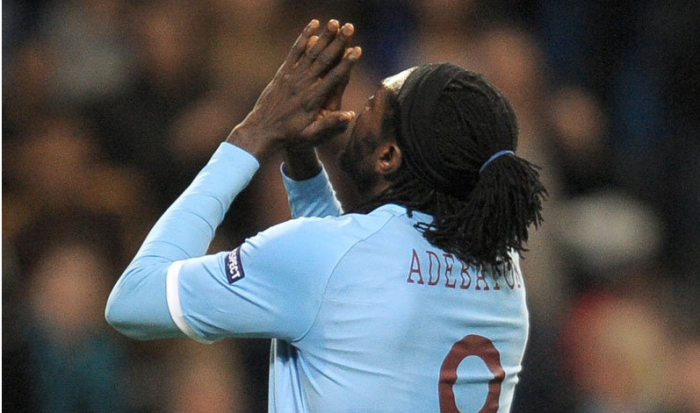 Even with his obvious wealth of talent never in question, Emmanuel Adebayor again finds himself seemingly unwanted by Manchester City, and searching for a new club. His big money move from Arsenal to Manchester City in the summer of 2009 was, at the time, seen as another statement of intent to dominate English football from the Eastlands clubs, but the former Togo international has found the goals that flowed almost effortlessly at The Emirates hard to come by since his departure.

The arrival of Carlos Tevez, Mario Balotelli, and Edin Dzeko pushed the fiery striker down the pecking order, and a relatively successful loan to Real Madrid saw him spend the second half of this past season at the Bernabeu. He managed to score eight goals in 22 appearances in all competitions, including a brilliant display against Tottenham in the Champions League quarter finals, but it is relevant to note that three of the five league goals he scored came in the final day 8-1 demolition of already-relegated Almeria. Adebayor proclaimed his desire to remain in Madrid permanently, even willing to take a pay cut, but in the end Mourinho and company deemed his acquisition not worth the money Manchester City wanted.

Despite showing warning signs in terms of attitude, including two notable incidents against former club Arsenal (his stomp on Robin Van Persie, and his controversial celebration in front of the Arsenal supporters), what cannot be denied is that Adebayor is a mercurial talent who can be one of the best in the world with the right set-up and manager. In 2007/08, he scored 24 league goals from just 32 starts, a remarkable record, which was followed up with 15 goals in 28 starts the next year in the league and Champions League combined. But with the doors to Man City and now Real Madrid seemingly closed, Adebayor has been linked with a host of clubs, including Marseille, Monaco, Zenit St Petersburg, AC Milan, and others.

While some French clubs might indeed have the finances for the move, it would still represent a marked step down for Adebayor. Similarly, the Russian Premier League has been one of the most improved leagues in Europe in recent years, and much credit is due, but again the standard is not challenging enough for a proven player in the Premier League and the Champions League. In England it would seem he has but two options; try to reconcile his differences with Roberto Mancini and fight for his place, or one much more surprising and less talked about- an unlikely return to Arsenal. Bridges may have been burned, but if Arsenal do sell one of, or both, of Cesc Fabregas and Samir Nasri, as well as a host of fringe players including Nicklas Bendtner, Manuel Almunia, Denilson, etc, the money could well be there to bring back the former North London hero.

Real Madrid could yet be interested in signing Adebayor full-time, but the return of Gonzalo Higuain from injury and Karim Benzema’s recent good form, as well as the seemingly endless spending power of the capital side, means that his acquisition is not a necessity by any means. AC Milan have long been rumored to hold interest in the front man, but the addition of Zlatan Ibrahimovic on a permanent transfer after a successful loan spell, accompanied with the presence of Pato, Robinho, and Antonio Cassano, also means first team football is not a guarantee at the San Siro either.

At this point, it seems Adebayor will have to go back to the English Northwest and prove himself with Manchester City before anything is to be decided. His desired stay in Madrid seems to become less likely by the day, and other concrete interest is yet to be fully registered. He will still require a big transfer fee to meet City’s evaluation, and his current wages of more than £115,000 may have to be compromised.

It would seem that Adebayor, at 27 years old and already a retired international footballer, is facing the biggest move of his career, and where he ends up will be crucial to the remainder of his career, the use of his magnificent talent, and his legacy as a player.

9 thoughts on “Where Next for Adebayor?”