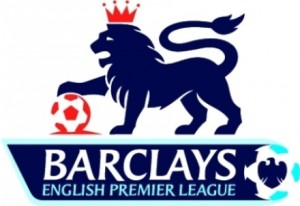 After almost a century of existence, by the mid 1980s and into the early 1990s, football was in crisis. After the golden post-war era of the 1950s and 60s, the game started to enter a decline in the late 70s, which was only exacerbated in the next two decades.

The three H’s; Hooliganism, Heysel and Hillsborough together with the tragic Valley Parade fire cast long shadows over the game, the Taylor Report, post-Hillsborough, recommended many things to improve the lot for the average football fan, vastly improved all-seater stadia being a prime example.

Unfortunately, at this time, the English game could barely afford even the smallest of improvements, with attendances declining and top British talent, such as Ian Rush, Gary Lineker, Mark Hughes, Paul Ince, Paul Gascoigne, David Platt, Glenn Hoddle, Chris Waddle, Trevor Steven and more tempted by the riches that lay on offer abroad in Spain, France and Italy.

The day football became the big, multi-national business that it is today can be traced back to the period between 1990 and 1992 when Sky Television announced their intention to move into the British Television Market, with their sights set firmly on exclusively showing live football.

Prior to 1993, companies such as ITV Sport and BBC Sport paid a relatively modest fee to show live top flight football from the football league, with the money received divided up between all 92 football league clubs.
With rumours of Sky’s interest and a bumper payday, the top 22 clubs in the Football League broke away from the league at the end of the 1992-1993 season, forming the FA Premier League.

Now able to negotiate their own television deal and with far fewer clubs sharing the pot, the newly established Premier League agreed a seemingly huge £304 million deal with Sky Television for live televised coverage of 60 Premier League games for the next five years.

Now free to arrange their own sponsorship and endorsement deals, and with a vastly increased share of the TV revenue, the top flight Premier League clubs found they had more money than ever to spend on players and players wages.

It wasn’t just in Britain either that the change was happening. In 1993, for the first time since the competition was started, UEFA tweaked the format for the European Cup, renaming it the European Champions League. Pressure was growing from the elite European clubs on the European governing body to allow more than one competitor from each country to enter the competition.

The seeds of growth had been sown, the era of football as a big business had started.

With healthy income from TV guaranteed for five years, improved sponsorship deals and equally lucrative endorsement deals for the Champions League, the top clubs in the English Premier League were finally able to match and even surpass the financial incentives that the top teams in Spain or Italy could offer top players.

Over the next few years, there was a huge influx of talented individuals coming from abroad to play in the Premier League including the likes of Gianfranco Zola, Ruud Gullit, Roberto Di Matteo, Thierry Henry, Patrick Vieira, Ruud Van Nistelrooy, Eric Cantona and many more.

With an influx of talent came a natural increase in wages and expenditure on transfer fees.

By the 2009 season, that figure had reached an astonishing £33,868 and it continues to rise still. (Source)

TV revenue once again played a major part in this. From the first Sky TV Deal struck in 1992, the second deal which lasted from 1997 to 2001 saw BSkyB pay £670m for 60 games, more than doubling their initial investment.

In 2013, the largest ever TV deal was agreed with BSkyB and the newly launched BTSport each agreeing a deal to show 154 live games between them for a total contract of £3.018bn. (Source)

Over this same time period, increased revenue was also pouring into the top clubs from the Champions League, which was now itself a huge financial cash cow. With the expansion of the Champions League including more teams from each country, and a new league stage, TV revenue for the competition also increased massively as a result.

Top teams in the Premier League that enjoyed league success and saturation TV coverage, such as Manchester United, Arsenal, Chelsea and to a lesser extent, Liverpool, found their coffers boosted hugely by participation in both events and regular TV appearances.

Football was now not just big business, but huge.

Transfer fees spiralled, Since 1992, the World Record transfer fee has increased from £8m prior to 1992, to the current record of £85.3m, which Real Madrid paid Tottenham for Gareth Bale in the summer of 2013.

Despite a global financial crisis, football at the highest level has remained huge business. With big money coming into top clubs, many top sides such as Chelsea, Manchester City, Paris St Germain and Monaco are owned by the super-rich who will invest hundreds of millions to transform the club into potential title winners.

Other clubs use their mass appeal to bring in huge sponsorship and commercial-driven cash, Liverpool, Manchester United, Arsenal, Barcelona and Real Madrid being good examples.

It is arguable whether this vast influx of cash at the highest level has improved the game. While the top teams and players rake in the cash, the fans are paying higher than ever prices to watch teams play. For example, the cheapest ticket at Arsenal in 1989-1990 was £5, in 2011-12 it was £51. It is a similar story for all Premier League teams.

Yet despite the vast riches pouring into the game many teams are still struggling. Stories of teams like Leeds United, Wolverhampton Wanderers, Sheffield United and Bradford City are salient reminders that the riches of the top division are not equally shared throughout the football pyramid.

There are also ethical questions raised as to the prices fans are being forced to pay to watch the game, either in person at the match or via the ever-rising cost of a Sky Sports or BT Sports subscription.

Football is a huge, global enterprise that spans the globe, but logically, it is a flawed model. Its success, which stems directly back to Sky Sports obtaining TV rights to the game in 1992, is based on one thing – football’s long-term, unequivocal and undiminished appeal to its audience.

Without that, football as a big business would cease to exist.

3 thoughts on “When did football first become big business?”