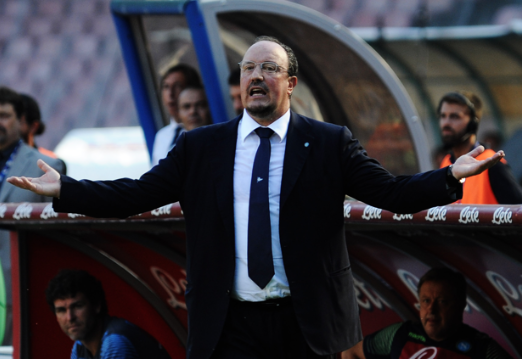 Napoli have hit the lowest point of the Rafael Benitez era with a second consecutive league defeat. As the Partenopei now sit on three points after three matches played, the finger-pointing has begun. Some question player motivation while others criticise Benitez’s squad selections.

President Aurelio De Laurentiis is also facing heavy judgement from the Napoli faithful after a quiet summer with little investment from the cinema tycoon. But who is really to blame for Napoli’s predicament? Let’s take a look.

Player motivation at Napoli has always been an underlying issue, even stemming back to the days of Walter Mazzarri. With countless points dropped against mid-table sides, it opens the discussion of a prevalent inferiority complex that seems to restrict the Vesuvian side from making the real jump in quality to an elite club.

While motivation is one aspect of Napoli’s struggle, the quality of the squad is clearly another. Napoli boast one of the fiercest attacks in Serie A, but struggle in creating chances and finishing in front of goal. Insigne cannot shake his bad form and Gonzalo Higuain does not appear to share the same match winning qualities as his predecessor – Edinson Cavani.

The back four represents the club’s weak point, as they are no strangers to defensive errors that lead to goals. Christian Maggio and Miguel Britos as starting fullbacks leave a lot to be desired for a side expectined to challenge for a Scudetto. A lack of concentration at the back ultimately eats away at the club.

Having said that, the club’s recent additions have been nothing spectacular. On the ball, Michu looks just as comfortable as a student at a school dance, while David Lopez’s full debut was nothing to write home about. Walter Gargano’s return to Napoli has been dismal – yet he continues to find a place in Benitez’s starting eleven.

Many are citing Benitez to be a main figure behind Napoli’s collapse, but it would be far too naïve to place the entire blame on the Spaniard. The 54-year-old’s transfer targets were not granted to him so he must make do with the current squad. Benitez definitely has an eye for talent, but the management did not adhere to his demands.

The group of people criticising his 4-2-3-1 system – arguing that it does not fit in Italian football – certainly had no objections a year prior when Napoli finished third place and won the Coppa Italia. Rafa currently does not have the right personnel to make it work.

However, one legitimate criticism of Benitez concerns his player selections. Squad rotations are necessary for any team, but the tactician may have gone too far when he dropped key starters all at once against Udinese. Juan Zuniga was played out of position and it made little sense to start players new to each other and expect instant chemistry. A void free of creativity, organisation and desire ensued.

Benitez also does not appear visibly motivated or harbour the same positive vibe as the previous season. This could be due to a speculated rift with Napoli’s management, who represent the final factor to the problem.

De Laurentiis and company also share part of the blame due to the club’s lack of investment. Additions under Benitez last summer were numerous as the squad was gifted a surge of talent. However, a similar story did not repeat itself this time around. Instead of adding depth to much needed areas, the squad merely replaced the players that left, for example – Michu for Goran Pandev, De Guzman for Blerim Dzemaili and Kalidou Koulibaly for Federico Fernandez.

What makes matters worse is that the president regularly reassured fans of hauling in an exciting, top quality transfer and appeased them with talk of winning the Scudetto. Inevitably this did not happen.

Benitez explained it by saying:

We were all in agreement that we would sign a big name in midfield and in the end he did not arrive. David Lopez is not Gonalons, but he will help the team become stronger.

Disappointed or not, we couldn’t care less about what our fans think, because we have always achieved excellent results at the end of the season.

This kind of thinking has turned the fans against the management resulting in ticket sales plummeting. A club remains competitive by purchasing players for depth purposes. The management had to fine tune and bolster the midfield and defence, but failed to do so.

Sacking Benitez would be a temporary solution to a long-term problem. He would serve as a scapegoat while a new Coach makes best with his current resources. Furthermore, it is becoming clearer that the club president may not share the same ambitions as Napoli’s most ardent supporters. As rumours circle that De Laurentiis might sell the club, it might be in the best interest of both management and fans. One thing is certain, Napoli’s players cannot blame anyone but themselves for the lack of fight displayed this season so far.

One thought on “What’s wrong with Napoli?”