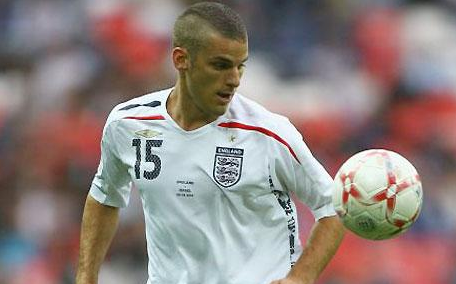 In the aftermath of the transfer window, a player once touted as one of the best of his generation moved to a club I’d never heard of.

The club was FC Rostov.  And the player was David Bentley.

In his early days at Arsenal he was compared to Dennis Bergkamp.

He scored a hat-trick on his Blackburn debut…against Manchester United.

He recorded 26 assists in two seasons, won the club’s Player of the Year award and got called up for England.

And now he plays for a team who finished last season 13th in the Russian Premier League.

Bentley is far better than his recent history suggests.  On form, he is fantastic – a scorer of great goals and consistent creator of chances.

The problem is he’s rarely on form.

His finest days were no doubt at Blackburn.  Under Mark Hughes’ management he shone.

It may have taken him a while, but he was finally proving true the hype that had followed him since his time at Arsenal.

I watched that 4-3 win against Manchester United and Bentley was immense.

Perhaps that was his game: the one and only 90 minutes in his entire career where everything went right.

Andrey Arshavin had a similar night at Anfield once, scoring every Arsenal goal in a 4-4 draw but never coming close to repeating it.  Alan Smith looked like a world-beater against Roma.

When he first left Arsenal, he cited the wish to play regular football; a wish that was granted under Hughes, first on loan and then in a permanent deal.

And yet, following a remarkable season where Blackburn finished seventh, he asked to join a bigger club.

But at Tottenham, despite some great goals and a handful of good performances, he slipped back into obscurity.

Regular football versus playing for a “big team” – It seems he wanted both but ultimately got neither.

In the past Bentley has spoken about his gambling addiction, how at its worst he was placing up to 100 bets a day.  The year he overcame this addiction was the year he joined Blackburn; the year he started playing arguably the best football of his career.

I can’t help thinking that Mark Hughes had a huge positive impact on both his football and his life.  After all it was only after Hughes left for Manchester City that Bentley asked to leave.

With all QPR’s dealings this summer, I find it strange that Bentley wasn’t included in the spree.  Here was Hughes, trying to reinvent or at least reinvigorate his team, and there was Bentley, his once great play-maker, ready and available.

And yet instead it’s to Russia he goes: to play against Eto’o, Diarra and all, definitely; to find fitness and form, hopefully; and to take possibly the last of his last chances, well, we can only wait and see.

Bentley once talked about falling out of love with the game.  And he suffered injuries at the beginning of potential fresh-starts.  But he’s also not helped himself.

At his best there were glimpses of Beckham, and you wonder what may have happened if he’d had even half that player’s application and desire.

Bentley’s 28 now, playing for his fourth club in two years.

He may become the great player we once saw only in glimpses.  Or he may, I fear, just move from club to club, kicking a ball for money.

5 thoughts on “Whatever happened to David Bentley?”