The cultural obsession with wins and losses of young players and teams, which has always hindered player development, didn’t immediately go away.

The percentage of youth players leaving the sport by their 14th birthday didn’t immediately stop its downward trend. Expanded opportunities for further coaching education didn’t appear out of thin air.

But, that doesn’t mean everyone involved with youth soccer – parents, players and coaches – shouldn’t be excited about Players First. 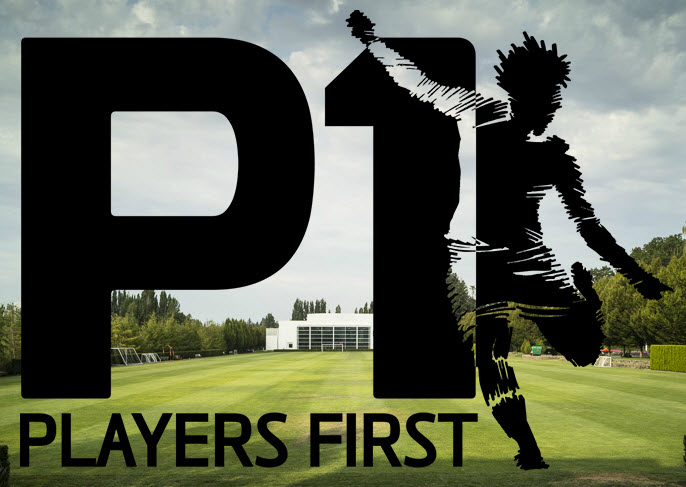 US Club Soccer believes that Players First can provide solutions to all three of the aforementioned detriments to youth soccer.

In addition to revealing an impressive – and growing – portfolio of best-in-class resources available to US Club Soccer members through new Players First partnerships, what was really announced at the launch event was the overarching philosophy of the platform.

While this philosophy isn’t necessarily new for developmentally focused countries, organizations and leaders, a new philosophy and the resources to support it and champion it are desperately needed in most places in the United States.

In order to revolutionize and dramatically improve the game, US Club Soccer is asking its member clubs to adopt Players First as a philosophy.

This philosophy is intended to make youth soccer more holistic and developmentally-focused for every player, and to change the culture and perspective of coaches, parents and clubs from short-term wins and losses to long-term athlete development.

The Players First philosophy does not mean that every player should be a national team player or that club soccer is only for the most serious players. And, it also doesn’t stipulate that winning isn’t a valid goal at a certain age.

It simply means that long-term development should be the focus for every player in youth soccer – whether they have abilities and aspirations of national team soccer or simply just love the game.

The youth game should provide the pathway for maximizing the potential of every player based on their ability and aspirations.

US Club Soccer Executive Vice President Christian Lavers, who is also President of the ECNL, a youth coach and an assistant coach with the NWSL’s Chicago Red Stars, was among the leading voices in the development of Players First.

Lavers provided insight to three important questions about the scope of Players First.

First, what is the ambition behind Players First?

Christian Lavers: The biggest ambition of Players First is ultimately to change the way players, coaches and parents look at and evaluate the youth soccer experience.

The game can certainly be played in many different ways and with many different styles at senior age groups, in college and at the professional levels, but there should really only be one goal and focus in the youth soccer experience: to maximize the long-term potential of each player.

There are specific processes and steps to do this, and things that absolutely shouldn’t be done. We need clubs and coaches that teach with a long-term athlete development perspective, and parents that understand and support this philosophy. That means a significant amount of education and culture change has to happen.

Is there a particular audience that the Players First philosophy is targeted towards?

CL: I think there are really two key groups that are targeted by the Players First platform. The first audience is the coaches and Directors of Coaching across the country.

These are the people who are most influential in the lives of players and their parents – and the ones that ultimately control what happens on the training field during the week and the mentality that exists on the game field on Saturday and Sunday.

When we reach the tipping point of the number of youth coaches that preach and practice long-term athlete development every day, the game here will permanently change. We aren’t there now.

The second audience is the parents of today’s and tomorrow’s youth soccer player. For a player to reach their full potential, his or her parents must be philosophically aligned with the coach in terms of the priorities of the program and the process itself.

And no matter what their background, almost every parent needs to be reminded of what the youth soccer experience should be about.

Even parents with a long playing background themselves do not necessarily understand the process of developing a young soccer player – even if they know how to play the game very well themselves.

The discussion around winning vs. development has been around for a long time. How is Players First different in adding to this discussion?

CL: This is one of the most complicated and nuanced discussions in youth sports. There are articles on it on every soccer blog, website and journal in the country.

Players First isn’t designed to continue this discussion. As far as we are concerned, the conclusion is obvious and two-fold: long-term individual player development should be the goal of every youth soccer program, and ultimately, individual players must be developed to successfully play a team game.

To help more people understand this, Players First is a brand – a brand that represents a total, all-encompassing philosophy and culture of development.

We will have a certification program that recognizes and rewards those clubs that embrace the Players First philosophy and culture, and helps differentiate them in the market. Hopefully all of this leads to more coaches, clubs and parents thinking about the youth game with the right framework and perspective.

One thought on “Interview – What is the potential of US Club Soccer’s Players First initiative?”